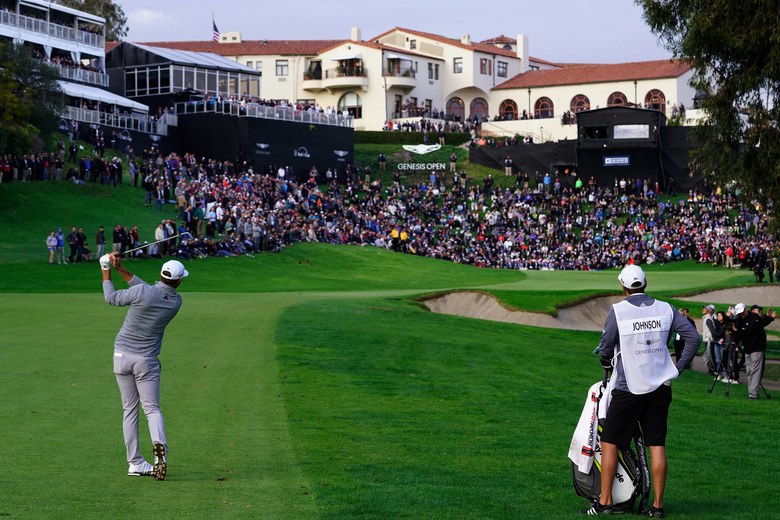 Dustin Johnson hits his second shot on the 18th hole at Riviera Country Club during the final round of the PGA Tour’s Genesis Open. (Photo by Paul Mounce – Corbis)

The USGA may well have answered the question we jokingly posed earlier this week. Would it be crazy or brilliant to shrink the classic 18th hole at Riviera Country Club to a drivable par 4 during a handful of match-play rounds at next month’s U.S. Amateur Championship?

After tournament director Ben Kimball mentioned the possibility of doing just this on Fox Sports Radio on Monday, USGA officials have told Golf World that they have decided it’s best to leave the 475-yard home hole as is.

Social-media feedback we received after the idea was floated was for the most part negative, as many who have become familiar with the course and the finishing hole from it host the annual PGA Tour stop in Los Angeles felt tinkering with yardage was unnecessary. The dogleg-right hole is already considered difficult even by modern standards.

It also held up well in a match-play setting when Riviera hosted the 2012 NCAA Championship, when Texas’ Dylan Frittelli rolled in a 30-foot birdie putt on the hole to defeat Alabama’s Cory Whitsett and clinch the Longhorns the team title.