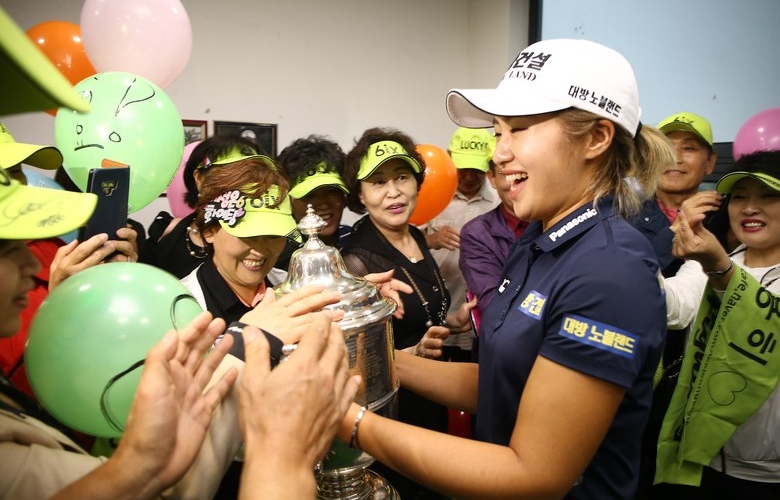 By Keely Levins
Nearly four months after winning the U.S. Women’s Open at the Country Club of Charleston, Jeongeun Lee6 relived the moment in a unique way on Wednesday when she returned to her native South Korea to take part in what was billed as the first Women’s Open trophy tour of the country.

“It has been a while since the U.S. Women’s Open, I thought the fans and reporters wouldn’t care this much,” Lee said. “But today, I saw so many media and fans are here, to celebrate with me, and congratulate me, put so much effort into today, I feel so happy and blessed.”

Part of what made the return to South Korea so meaningful was that Lee6 was finally able to share the victory with her parents. Neither her mother, Eunjin Ju, or father, Jung Ho, were in South Carolina in May to see their daughter, an LPGA rookie, win her first major. The 23-year-old hasn’t seen her parents for months. They keep in touch via video calls while she’s travelling. 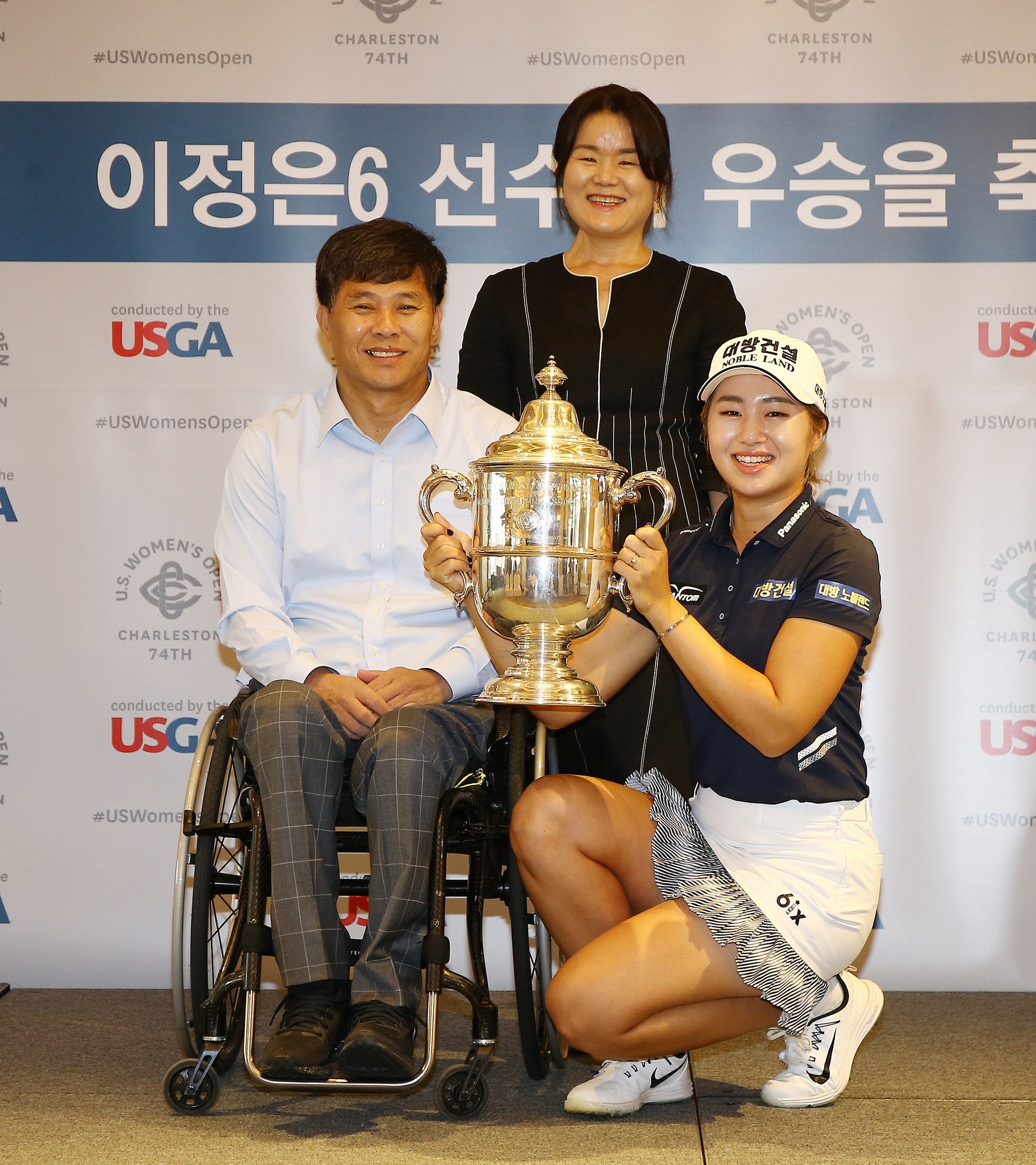 “We were watching her on TV overnight and were thinking would she have a chance to win? We didn’t have too much expectation actually,” Eunjin Ju said. “Until at the prize ceremony, her name was called, and we just realized that she really won. It felt so unreal, just like a dream.”

Jeongeun Lee6 met with the media as part of a two-day celebration for the #USWomensOpen champ back home in South Korea. pic.twitter.com/JKTRzfpmOV

When Lee6 was 4, her father, who worked as a truck driver, was paralyzed in an accident. His disability makes it difficult for he and his wife to travel to tour events to see their daughter play. Lee6’s determination to become a professional golfer came not only from a love of golf, but also as a way to help financially support her family.

Lee6’s mom, Ju, said that she and her husband are hoping to be at Champions Golf Club in Houston to see their daughter defend her Women’s Open title in 2020. Lee6 says she wants them there, too.