U.S. President to be represented by his sons at Trump International Golf Club Dubai opening 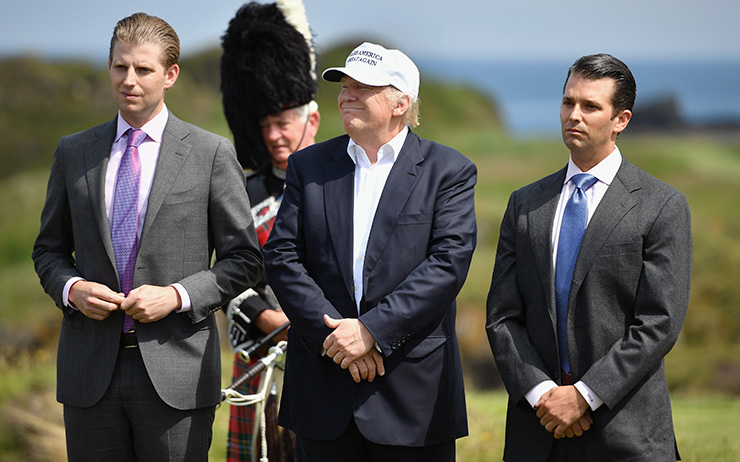 Trump’s son’s are listed as guests of honour in an invitation sent to guests by developer DAMAC Properties for what is expected to be a lavish opening ceremony at Trump International Golf Club Dubai in Dubailand.

Donald Jnr, 39, and Eric, 33, have been handed control of their father’s global business empire while he is in the White House.

They attended the re-opening of Open Championship venue Trump Turnberry alongside their father, then the Presumptive Republican nominee for the Oval Office, in Ayr last June.

DAMAC pay a licensing fee to the Trump Organisation to use the Trump brand as part of its $6-billion, 28-million-square-foot ‘Akoya by DAMAC’ development.

The Trump Organisation is also involved in the Tiger Woods’ designed and under construction Trump World Golf Club in the new 55 million sq ft Akoya Oxygen development in Al Qadra.

“We are very excited about the opening and look forward to welcoming all our guests to the event and the golf course,” said Andrew Whitelaw, General Manager of Trump Dubai.

Last month, then-President-elect Trump said he turned down a $2-billion deal offered by DAMAC Chairman Hussain Sajwani because he did not want to “take advantage”. DAMAC later confirmed the offer.