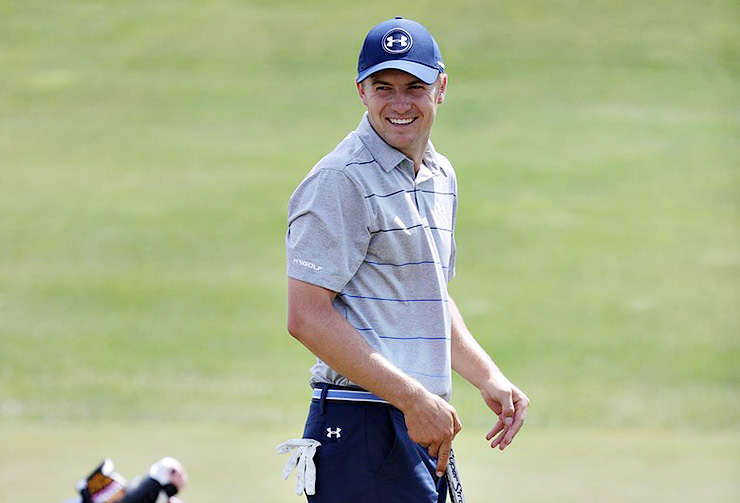 Welcome to the Dew Sweeper’s U.S. Open rundown, your one-stop shop to catch up on the weekend action from the golf world. From the professional tours, trending news, social media headlines and upcoming events, here’s every golf-related thing you need to know for the morning of June 14.

Infamous fescue gets a haircut
Phil Mickelson flight plans aside, the most prominent storyline in the early week has centered on Erin Hills’ fescue and its perceived brutality, a stance that received considerable airplay thanks to a viral rant from Kevin Na. So when maintenance crews trimmed the heather in multiple areas throughout the course on Tuesday morning, the move caught many by surprise.

RIP @ErinHillsFescue. Some stars shine so bright they burn out before their time. #USOpen pic.twitter.com/rebmAjY37t

According to the USGA, this was not in response to player complaints. Conversely, given the organization’s desire to avoid any controversy this tournament, it’s hard not to connect the dots.

But don’t worry, the mowing was focused on just four holes, meaning there’s still plenty of chances for Lee Westwood and his caddie to scare the bejesus out of unsuspecting fans this week.

The rough is really thick this week just off the edge of the fairway! ???#usopen

Spieth’s winning prediction
Most sportsbooks have a -220 figure for an under-par winning score, with the over/under hovering at -2.5. If you’re seeking gambling advice, 2015 U.S. Open champ Jordan Spieth says bet on red, and lots of it.

“I don’t see par winning the tournament,” the 23-year-old said on Tuesday. “I see closer to 5-to-10 under. Someone who has very good control of the ball off the tee will have plenty of opportunities to make birdies, given the conditions that we’re expecting.”

While this tournament has historically aspired to protect par, the winning mark has been four under or better in five of the last eight events. As Spieth alluded, the weather projections are calling for the second coming of Noah’s Ark on Wednesday, Friday and Saturday, conferring an aggressive approach usually unseen at the U.S. Open. Combined with Erin Hills’ relatively tame greens (at least from an undulation viewpoint), envision a fair share of fireworks.

The forecast looks unfavorable…for Phil
The only thing more unreliable than men is a weather report (amirite, ladies?), but the models as of Tuesday night aren’t painting the four-hour delay Phil Mickelson needs to make his tee time. From accuweather.com: 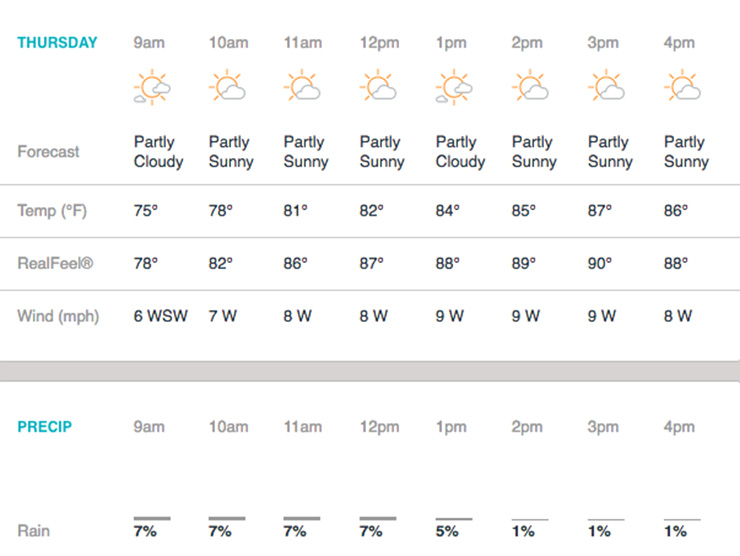 Which is a shame, because I already penned the screenplay, “Getting On Plane” based on Phil dramatically showing up to the first tee Thursday night, only to realize he couldn’t miss out on his daughter’s graduation afterparty, hopping back on the private jet…and into our hearts.

No. 1’s in the building
One player that is on site is Dustin Johnson. The reigning U.S. Open winner, who notoriously missed this year’s Masters following an accident on basement steps, arrived to Erin Hills late Tuesday after his fiancée Paulina Gretzky welcomed the couple’s second child on Monday night. Johnson, who has three wins and six top 10s in 11 appearances this season, played a practice round on the front nine with Brooks Koepka, showing little rust from the eventful night. He begins as tournament favorite at 13/2 odds.

Rory ready to let it rip
For the No. 2 player in the world, Rory McIlroy is entering Erin Hills with little fanfare. Although he’s a past Open winner, his results since his triumph at Congressional — one top 20 (T-9 at Chambers Bay) and two missed cuts in five outings — are perplexing. The four-time major winner is also assimilating to his recent equipment switch, which includes inserting a new putter in his bag this week. But of greater concern is McIlroy’s health, as injuries that had sidelined the 28-year-old for two months this campaign returned at the Players Championship.

Or should we say, “was” a concern.

“No limitations on my swing whatsoever,” McIlroy said, regarding the status of his back and rib alignments. “Preparation-wise, I may be — instead of hitting five bags of balls, I’ll hit two, just something like that. It’s not as if I can’t hit balls, it’s just a matter of managing how many repetitions I put through it. I mean not really many limitations.”

Mentioned above, McIlroy has fallen by the wayside to Johnson, Spieth, Jason Day and even Jon Rahm in discussion of tournament picks. But wet conditions will stretch Erin Hills’ 7,800 yards even farther, benefiting a chosen few, Rory one of them. (As he pointed out, “I wasn’t crying when I saw that rain last night and this morning.”) Don’t be surprised if McIlroy reminds us this week that he remains one of golf’s best.