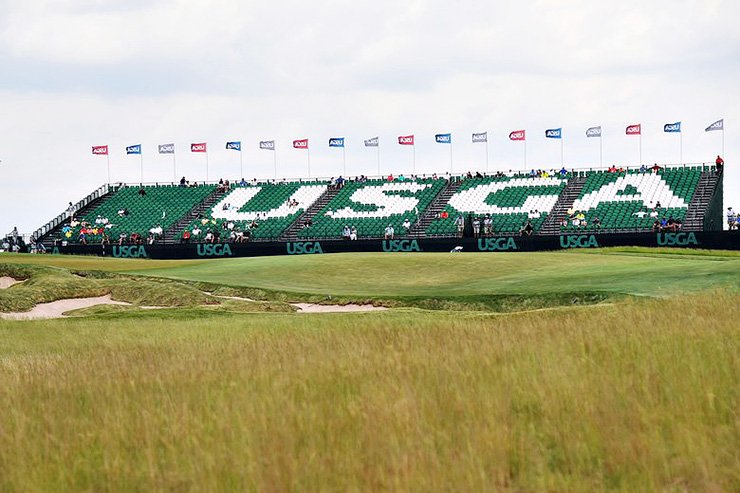 With the U.S. Open firmly entrenched in its traditional spot during the week of Father’s Day, USGA officials are attempting to give the remainder of their Open championships a more permanent place on the calendar.

Beginning in 2019, the USGA will aim to hold its four Open events in a seven-week window starting in May and ending in early July.

Rather than begin their “championship” season with the U.S. Open, USGA officials will use the newly created U.S. Senior Women’s Open to kick things off. The tournament makes its formal debut in 2018 at Chicago Golf Club. While that event has already been slated for July, moving forward the aim will be to have it finish on the third Sunday in May.

After an off week corresponding to Memorial Day weekend, the USGA would come back and hold the U.S. Women’s Open, locking it in to conclude on the first Sunday in June. The Women’s Open has previously floated around on the calendar, being held anywhere between June and August. This year’s event at Trump Bedminister is scheduled for July 13-16.

The USGA would take another off week, followed by hosting the men’s Open, in its usual spot, then would hold the U.S. Senior Open either one or two weeks later, depending on how the July 4 holiday falls.

Mike Butz, the USGA senior managing director, Open Championships, said that the addition of the Senior Women’s Open seemed an appropriate time to evaluate the schedule.

“It gave us a chance to say, ‘Let’s take a step back and look at what makes sense moving forward,’ ” Butz said.

Save for the Senior Women’s Open, the schedule will be essentially in place for 2018. The U.S. Women’s Open is set for Shoal Creek May 31-June 3, the U.S. Open will be at Shinnecock Hills two weeks later and the U.S. Senior Open will be at the Broadmoor from June 28-July 1.