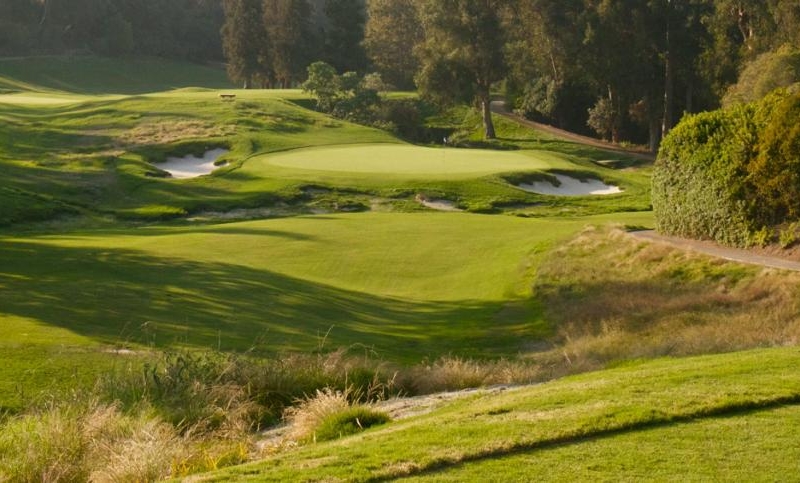 By Joel Beall
On Monday the USGA announced a new Korn Ferry Tour exemption category for the U.S. Open.

The cumulative points leader from the 2022 Korn Ferry Tour season—which begins Jan. 16 with the Bahamas Great Exuma Classic at Sandals Emerald Bay—will earn an invite to the USGA’s flagship event, beginning at the 2023 U.S. Open at Los Angeles C.C.

“The USGA is pleased to offer an exemption to a tour that has been well-represented in the U.S. Open and has developed an accomplished group of professionals for more than three decades,” said John Bodenhamer, chief championships officer for the USGA. “Past U.S. Open champions Lucas Glover and Bryson DeChambeau are among the many who have started their careers on the Korn Ferry Tour.”

Added Alex Baldwin, president of the Korn Ferry Tour: “We are appreciative of the USGA acknowledging the exceptional performances by recent Korn Ferry Tour alumni in major championships and PGA Tour events, and we are excited to see our members compete for this amazing opportunity annually.”

It’s not just KFT alums that have enjoyed success at the U.S. Open. Jason Gore was a member of the then-Nationwide Tour when he played his way into the final pairing at the 2005 U.S. Open at Pinehurst, while Will Zalatoris finished T-6 at the 2020 U.S. Open at Winged Foot.

Following a composite super season imposed by the pandemic, the Korn Ferry Tour returns to a regular schedule in 2022 featuring 26 tournaments—23 regular events and three postseason stops—ending with the Korn Ferry Tour Championship in the first week of September. The points leader exemption will combine points from the KFT regular season and playoffs.

This year’s U.S. Open will be played at the Country Club in Brookline, Mass., beginning June 16. Jon Rahm is the defending champ.