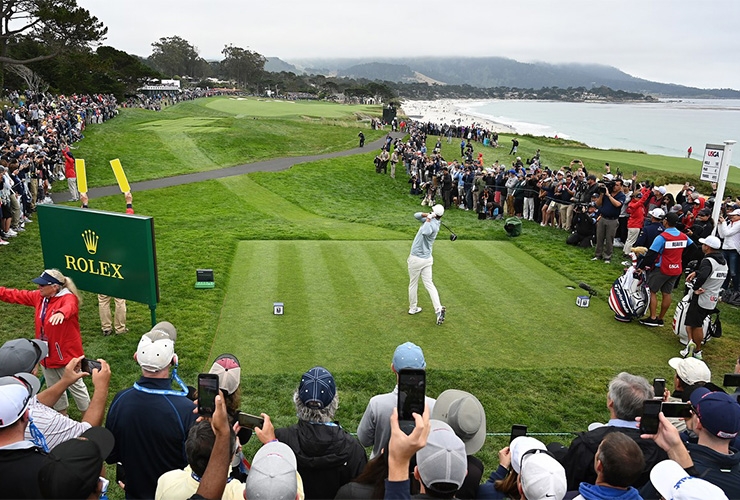 By Joel Beall
We’re told major championships are golf’s grandest theatre, though there are a handful of stages where the spotlight shines ever so brighter. Pebble Beach did nothing to refute its standing this week.

It called for temerity and required fortitude, facilitated bravado and exposed pretenders. Brooks Koepka, that cross-breed of man and cyborg, further cemented his status as an era-defining player, while Gary Woodland exorcised his 54-hole demons in a declarative fashion. There were bids by Rory and Rahm and Xander, victory laps for Tiger and Phil, the arrival of Viktor Hovland. There was even a Bo Jackson club snap, all unfolding above seaside cliffs against an endless blue backdrop.

“It’s been an absolutely fantastic week, from start to finish,” John Bodenhamer, USGA senior managing director of championship, told Golf Digest. “We wanted to make sure we showed the best Pebble Beach had to offer, and it led to some exciting golf.”

But the biggest story at the 2019 U.S. Open was what didn’t happen.

The USGA, the governing body that runs this shindig, has been the prominent, if not the singular storyline in three of the past four U.S. Opens—from toasted greens to self-inflicted rules snafus. Last year’s gaffe at Shinnecock was particularly troubling, as a mistake the organization made in 2004 at the Long Island links, spent years profusely apologizing for and promising wouldn’t happen again … happened again.

Preparing a course for the world’s best is far from an enviable task and one easy to criticize, and in themselves, those incidents could be chalked as happenstance or aberration. In the aggregate, not so much. Messing up the 2019 national championship, at the most iconic American golf venue outside Augusta National? No walking back around that corner.

A fate the USGA took to heart.

“I think it’s critical,” Bodenhamer said, in regards to operating a smooth week. “We needed a great U.S. Open, not just a good U.S. Open. Anything less would be unacceptable.”

Bodenhamer, who grabbed the setup reins from USGA CEO Mike Davis this year, has been true to his word. 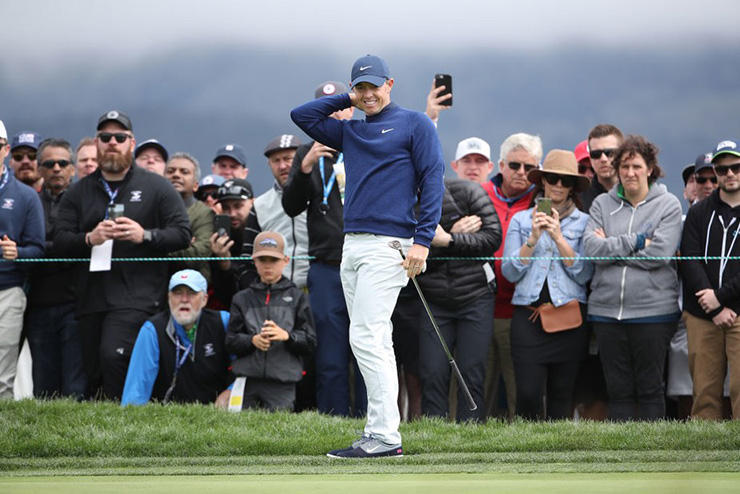 Pebble’s fairway dimensions at this U.S. Open were demanding yet allowed for breathing room. The rough was gnarly and brutal and punishing, but far from unfair. Despite the bumpy reputation of Poa annua grass, the putting surfaces rolled true. Unlike years past, where approaches were rejected without prejudice, well-struck shots were received by the greens.

An observation seconded by the field. If players had any qualms with the setup this week, they didn’t share them. Quite the opposite, delivering glowing praise for the test they faced.

“It’s fantastic,” Zach Johnson, who fired the first round of USGA jabs last year, said on Saturday. “Whatever they’re doing it’s great. You play quality golf you get rewarded.”

Tiger Woods shared a similar outlook, remarking the USGA did a “great job” of rewarding good shots with birdie opportunities. Compared to other sites in the U.S. Open rota, Justin Rose said the layout catered to a variety of skills and profiles. Koepka believed the greens were some of the best he’s seen.

It wasn’t just those who played well that echoed such sentiments. Justin Thomas, who missed the cut, wrote on Twitter that “Pebble is perfect and has been such a great set up thus far. Getting firm and will show the best players come weeks end. Well done USGA.” Added Billy Horschel: “Course was great. Setup was awesome. Fans were amazing.”

Even Phil Mickelson, the man driven to insanity at Shinnecock and who’s treated the USGA with the friendliness of a TSA screener, was effusive in praise.

“It’s perfect. It’s a perfect hard test,” Mickelson said after a Sunday 72. “The guys that are playing well it gives them a chance to separate and make some birdies and reward great shots. It was perfectly done.”

The traditionalists that like their U.S. Opens painted black will correlate these points to the lower-than-usual scoring. Perhaps there’s a bit of truth to that; it certainly doesn’t hurt. The players beg to differ. Koepka and Mickelson said missing the fairway was death. A number of competitors declared the greens firmer than they appear. Oosthuizen mentioned any shot less than ideal was punished.

But the best description goes to Rory McIlroy, who articulated the specifics of what made Pebble a challenge.

“I think the greens are so small, and when it gets a little firm like this and they start to tuck pins in little corners, it’s angles, it’s all angles,” McIlroy said. “You’re trying to think and move ahead. It’s a little bit like chess where you’re crossing paths.

“It just takes a little bit of concentration because there are some shots where you need to land the ball 10 yards short of the pin and some holes, like back into the wind, it might only be three or four yards. But you can’t go firing at pins because you’re going to one-hop it over the back all day. … Hitting the right trajectory, so the ball does what you think it’s going to do when it hits the ground, basically.”

In short, Pebble Beach achieved that often chased but rarely captured ideal: a “proper” setup. A setup, more importantly, that was controversy free. 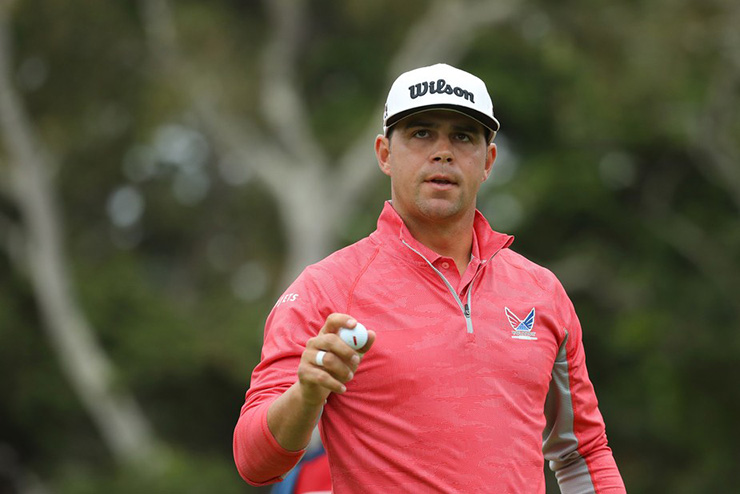 So what was different in 2019? According to Bodenhamer, discipline.

“The main takeaway from this week was sticking to our game plan and not panicking,” he said. “We let the golf course play as it was.”

It wasn’t perfect. Tournaments that annually rotate courses never are. Moreover, unlike other majors, what constitutes a bona fide U.S. Open setup is a request that can never be totally satisfied. One contingent disappointed if players reach red figures, players upset when the layout makes them the fool.

The USGA erred, rightfully so, on the side of caution, with a handful of players—chief among them Jon Rahm and Graeme McDowell—wishing the gauntlet was tougher. Benign conditions prevented Pebble from having its full bark, a lack of wind off the Pacific and an ever-present marine layer lowering the course’s defences. In the four previous Opens at Pebble, a total of 12 players were under par. This week there were 31. Woodland’s 271 was the second-lowest score in U.S. Open history.

Not that the USGA seems to mind.

“I know people don’t believe this, but we don’t set up a course with a score in mind,” Bodenhamer said. “We are not chasing par, or to keep scores around it. Obviously, the course was wet at times, which led to some of the scores you see, and we are more than happy with that.”

Just as critical, the week proved a detente between the players and governing body, providing hope their internecine battle may be coming to an end.

It’s worth noting that, though reputations can be ruined in a day, it takes more than a week to repair them. The USGA is well aware, putting an emphasis on communication and transparency with the sport going forward.

“There are a lot of different opinions out there,” Bodenhamer conceded earlier this week. “We are better from listening to those perspectives. And we’ve engaged them.”

Pebble Beach won’t change the past. It did go ways in stopping the bleeding. In its biggest platform of the year, the USGA was an ancillary character, rightfully letting the golf steal the show.