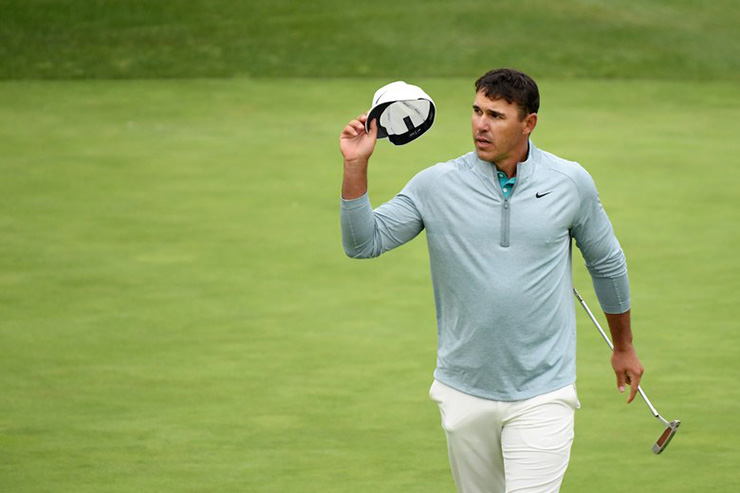 Brooks Koepka acknowledges the crowd on the 18th green during the final round of the 2019 U.S. Open. (Harry How)

By Alex Myers
How good is Brooks Koepka? Even when he doesn’t win, he still makes history.

Such was the case on Sunday at Pebble Beach. Sure, Koepka didn’t quite pull off the first U.S. Open three-peat in more than a century—finishing three shots behind winner Gary Woodland and in second place—but he actually accomplished something that no one has ever done.

After signing his scorecard, the World No. 1 was asked if he thought about the history he was chasing, most notably the three consecutive U.S. Open titles Willie Anderson won from 1903-1905.

“I did when it was over,” Koepka told Fox Sports’, Joel Klatt. “I thought, ‘Wow, I was just that close to accomplishing something that hasn’t been done in what, 110 years?’ That’s special.”

Koepka was also attempting to win a fifth overall major in nine starts. He’ll try to “bounce back” with a win at next month’s Open Championship, where Vegas has already made him the betting favourite to win at Royal Portrush. The fact that Koepka’s caddie, Ricky Elliott, grew up playing at the tournament venue certainly won’t hurt his chances of making even more history in a few weeks.