U.S. Open 2017: Tommy Fleetwood’s secret to scoring at Erin Hills seems unusual, but it’s hard to argue with an opening 67 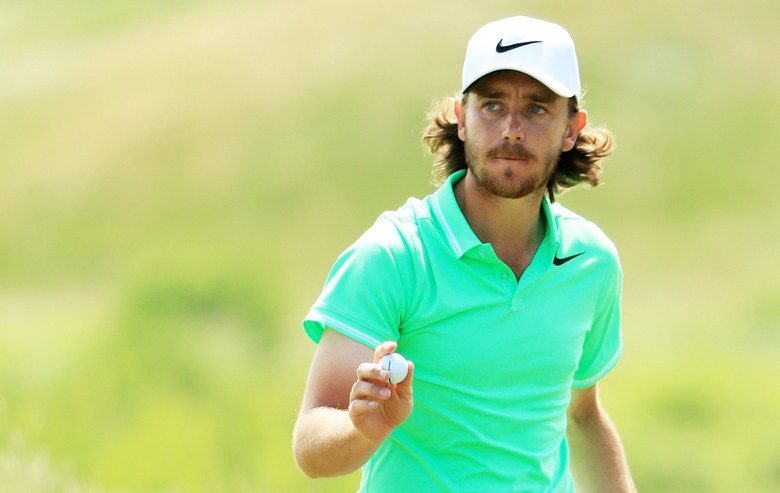 Tommy Fleetwood wasn’t leading the U.S. Open when he completed his opening-round 67 at Erin Hills. But, if he is to be believed, the 26-year-old Englishman made history nonetheless. He is the first golfer to shoot under par in America’s national championship without actually attempting to make birdies.

“We had the best of the conditions,” he admitted. “This morning the breeze was perfect, not strong enough to have any effect. And the course was as receptive as it’s going to be. I had a very good start through 11 holes. But I never really tried to make a birdie. You can’t do that in a U.S. Open.”

Despite that slightly downbeat assessment of his clearly stellar play, Fleetwood must be viewed as a genuine contender in what is only his eighth major-championship appearance. The world’s top-ranked amateur—he was a Walker Cup player in 2009 and English Amateur champion a year later— when he turned professional, he ticks a lot of boxes. At age 20, Fleetwood topped the 2011 European Challenge Tour money list, and earlier this year he edged out World No. 1 Dustin Johnson to win the prestigious Abu Dhabi Golf Championship before going on to finish second behind the same man in the WGC-Mexico Championship.

Things have been a little quieter of late—Fleetwood missed the cut in both the Masters and the Players—but there is no doubting the quality of the Lancashire lad who next month will play in the Open Championship at Royal Birkdale in what doubles as Fleetwood’s home town of Southport, England.

But that is for the future. For now, the noticeably hirsute 33rd ranked player in the world will surely be focused on the immediate task of following up a bogey-free round dotted with five birdies.

“This is only my second U.S. Open [he finished T-27 at Chambers Bay in 2015], but we all know the traditional method of playing this event is to treat par as your friend—and take anything else as a bonus,” he said. “The thing I told myself was not to do anything stupid and ruin it, just to play sensible golf and see what came along. I certainly didn’t go out there thinking I had to attack the course.

“Having said that, the start I had at the 10th was a perfect example of the approach I took. I aimed 15 feet from the flag, hit the spot I wanted, and made a nice putt for birdie. That sort of set the tone for the round. The course was ‘gettable’, but only if you went about it the right way. There were enough high scores out there to prove that point.”

Known for the high quality of his ball-striking, Fleetwood confirmed that fact by hitting 12 of 14 fairways and 14 of 18 greens. And, not surprisingly, the obvious compatibility between Erin Hills and his game did not escape his notice.

“Does it set up for a ball-striker?” he asked, presumably rhetorically. “Yeah, definitely. It’s long. It’s such a big golf course. And everything is wide. So it’s easy to let your swing loose a little bit. That’s how to hit an errant tee shot here, because you haven’t been specific enough on your targets. But, yeah, it is a ball-striker’s golf course overall.”

In other words, right up his alley.