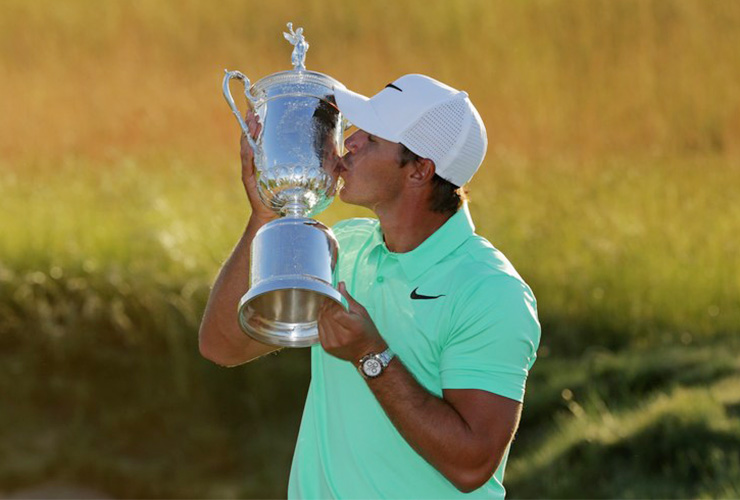 HARTFORD, WI – JUNE 18: Brooks Koepka of the United States kisses the winner’s trophy after his victory at the 2017 U.S. Open at Erin Hills on June 18, 2017 in Hartford, Wisconsin. (Photo by Streeter Lecka/Getty Images)

Despite scores foreign to a typical U.S. Open, there was the unmistakable buzz that accompanies the Sunday of a major championship. Justin Thomas had just made history with a Saturday 63 and a packed leader board promised an exciting final round. Unfortunately, it didn’t play out that way. Golf fans saw a potential new star emerge, but the tournament’s finish was a far cry from what we saw at the Masters in April. In any event, there was still plenty to talk about, so here’s one final installment of birdies and (mostly) bogeys.

Birdie — Brooks Koepka: The 27-year-old played the round of his life at the perfect time, firing a 67 to win by four shots. Koepka put the tournament away with three consecutive birdies on holes 14-16 and tied Rory McIlroy’s U.S. Open scoring record. The cool customer even allowed himself a fist pump upon tapping in for the victory.

Bogey — Joe Buck: Look, Fox had a pretty good week, but you can NOT misidentify the winner of the tournament’s girlfriend. That is a cardinal sin of broadcasting. But Buck said the name of Brooks’ previous girlfriend, instead of Jena Sims. Ouch.

C’mon, Joe. You’re better than that. Fortunately, eight-time PGA Tour winner/gossip reporter Brad Faxon made the correction a few minutes later. Brad gets a birdie for prompting Google searches across the country.

Birdie — Hideki Matsuyama: A final-round 66 gave him the lead in the clubhouse and a chance to win until the Brooks buzzsaw. Still, Matsuyama’s T-2 performance showed once again that it’s just a matter of time before he wins a big one. He edged Rickie Fowler on the leader board and he still holds a slim edge on him for the title of best current player without a major. 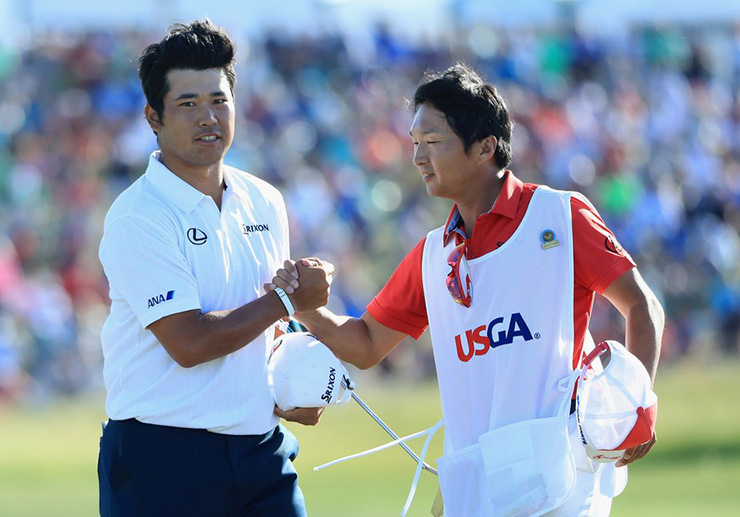 Bogey — Hideki Matsuyama’s pace: The pause at the top of Matsuyama’s swing isn’t the only thing slow about the Japanese star. And the World No. 4 took so much time on the 15th hole on Sunday that he was put on the clock. Matsuyama wasn’t penalized, but someday, when pro golf actually cracks down on this, he could be in trouble.

Bogey — Justin Thomas: Golf is a crazy sport, huh? A day after shooting arguably (and yes, this actually caused arguments) the best round in U.S. Open history, JT, playing in the final pairing at a major for the first time, needed 12 more shots to make his way around Erin Hills.

Birdie — Brian Harman: The little lefty (man, he’s probably sick of hearing that), handled himself well playing in the final group at a major for the first time. And that four-foot bogey putt on No. 18 gave Harman a share of runner-up honors and saved him $500,000! Think about that the next time your hands are shaking over a two-footer to win a $2 Nassau.

Bogey — Previous major winners: While Koepka became the seventh consecutive first-time major champ, zero previous major winners finished in the top 20 at Erin Hills. In fact, it was the most recent man to break through in one of golf’s four biggest events, Sergio Garcia, who led the way at T-21. That’s just odd.

Bogey — Patrick Reed: Captain America was rocking his Ryder Cup pants again (Dig his style, why let perfectly good pants go to waste?), but they didn’t provide the same mojo they did during a Saturday 65. Reed shot a two-over 74 to finish T-13 — meaning he still has to hear about how he’s never had a top 10 at a major for a bit longer. 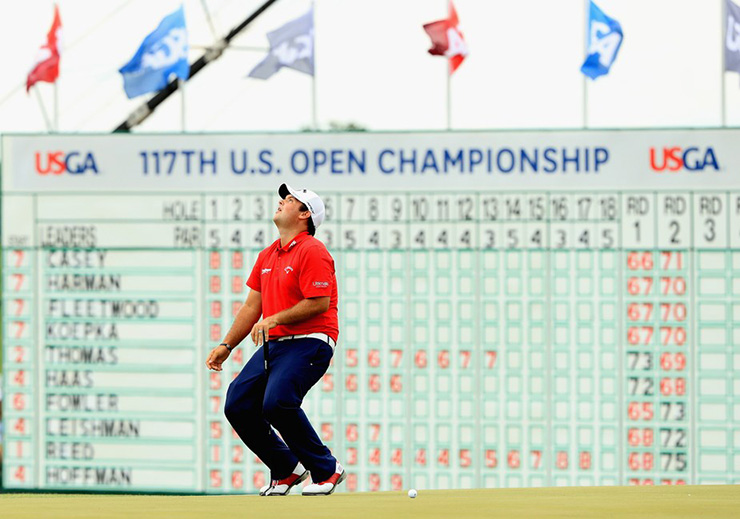