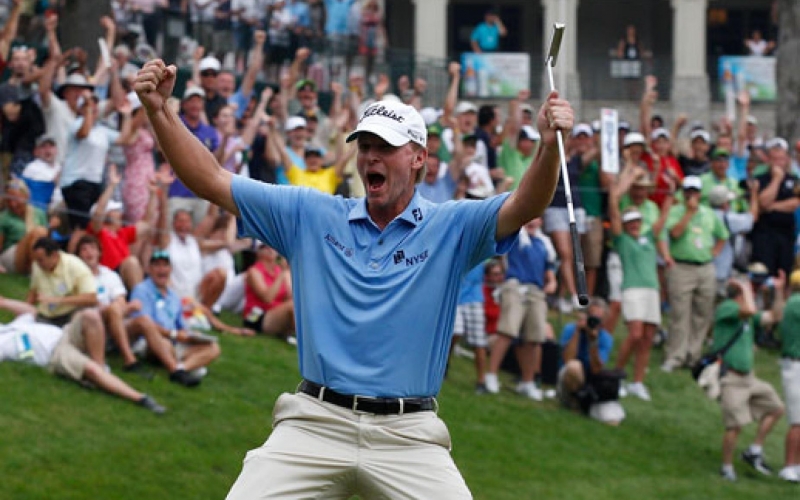 By Tod Leonard
U.S. Ryder Cup captain Steve Stricker isn’t sure if he’ll take advantage of invitation to play in the Charles Schwab Challenge next week in Fort Worth.

It has to weigh heavily on Steve Stricker. He is the first-time U.S. Ryder Cup captain who is supposed to lead the Americans against Europe in his home state of Wisconsin in less than four months.

Yet Stricker isn’t even sure that he and his family feel safe enough, in the midst of the COVID-19 pandemic, for him to play in the PGA Tour’s return to action next week in the Charles Schwab Challenge in Fort Worth. And he says the time is closing in on when a decision has to be made about the Ryder Cup that is supposed to be played at Whistling Straits, Sept. 25-27.

“They gave me a spot next week at Colonial. I’ve accepted it, but I’m still kind of on the fence,” Stricker said in an interview Monday on the Madison, Wis.-based “Golf Affect Radio Show,” co-hosted by his father-in-law, Dennis Tiziani.

“We’ve been very cautious as a family. My oldest daughter [Bobbi] has an autoimmune issue. So we’re a little bit more cautious than everybody else. The grandparents are still alive and we don’t want to be bringing [the virus] to any of them. …

“I want to go play next week,” he later added. “I’m just struggling if that’s the right thing to do or not.” Among the issues, he said, is taking a spot from a younger player who needs the opportunity.

Stricker said he believes a decision on whether to forge ahead or postpone the Ryder Cup to 2021 will be made in the next “two or three weeks.”

“So far, we’re planning it as it’s a go, like we’re going to have it,” Stricker said. “But there’s some obstacles that we’re going to have to face, I think. The confidence of the people and the corporate people. It’s going to come down to probably the safety. And who knows, right?

“They’re going to have to make a decision here probably within the next two or three weeks because the buildup to put up all the stands and all the corporate tents, all that kind of stuff, has to happen in June.”

The Ryder Cup could be staged without fans, but it’s a concept that virtually everyone involved in the competition has dismissed as untenable, given the role fans from each side of the Atlantic play in the atmosphere.

Stricker said, “This event is made by the fans. To me, if it was without fans, it almost would be a yawner of an event. … And to cheat out the Wisconsin fans, I think, would be a crime. So I just hope that when we do have it, it can be up to its full potential.”

Stricker said if the Ryder Cup is postponed to 2021—similar to being pushed back a year following the 9-11 terrorist attacks in 2001—it would complicate matters in all corners of golf.

“That would be up to the PGA of America and the PGA Tour to hash that out,” he said. “I’m sure Jay Monahan, the commissioner of the PGA Tour, isn’t so keen on the push back of the [2021] Presidents Cup. They rely on the money they generate for that event. I don’t know if we could have two events in one year. You know, have the Ryder Cup in June. It’s also an Olympic year next year so I think there’s just so much going on and there’s so much movement and fluidity that no one can really make an informed decision at this time.”