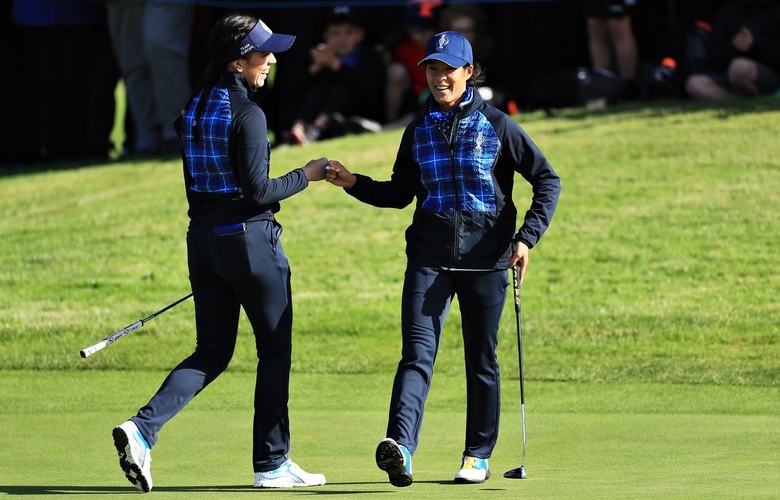 Celine Boutier (R) and Georgia Hall (L) of Team Europe celebrate a putt on the tenth hole during Day 1 of The Solheim Cup at Gleneagles on September 13, 2019, in Auchterarder, Scotland. (Photo by David Cannon/Getty Images)

By Keely Levins
GLENEAGLES, Scotland — Suzann Pettersen was all anyone was talking about after she made her birdie putt on 18 to win the Solheim Cup for Europe on Sunday. The nine-time Solheim Cup participant continued to dominate the conversation afterwards when she announced she was retiring from professional golf after making that putt. But while all of this is going on, let’s not forget two other players who deserve a lot of the credit for Europe’s win: Celine Boutier and Georgia Hall. Each posted 4-0-0 records for the week, and together they earned five of Europe’s 14½ points at Gleneagles.

Like Pettersen, Catriona Matthew took Boutier with one of her captain’s picks. The 25-year-old from France won her first LPGA event in February, the ISPS Handa Vic Open. She then went on to top-10 finish in two major championships, making her a sensible choice. 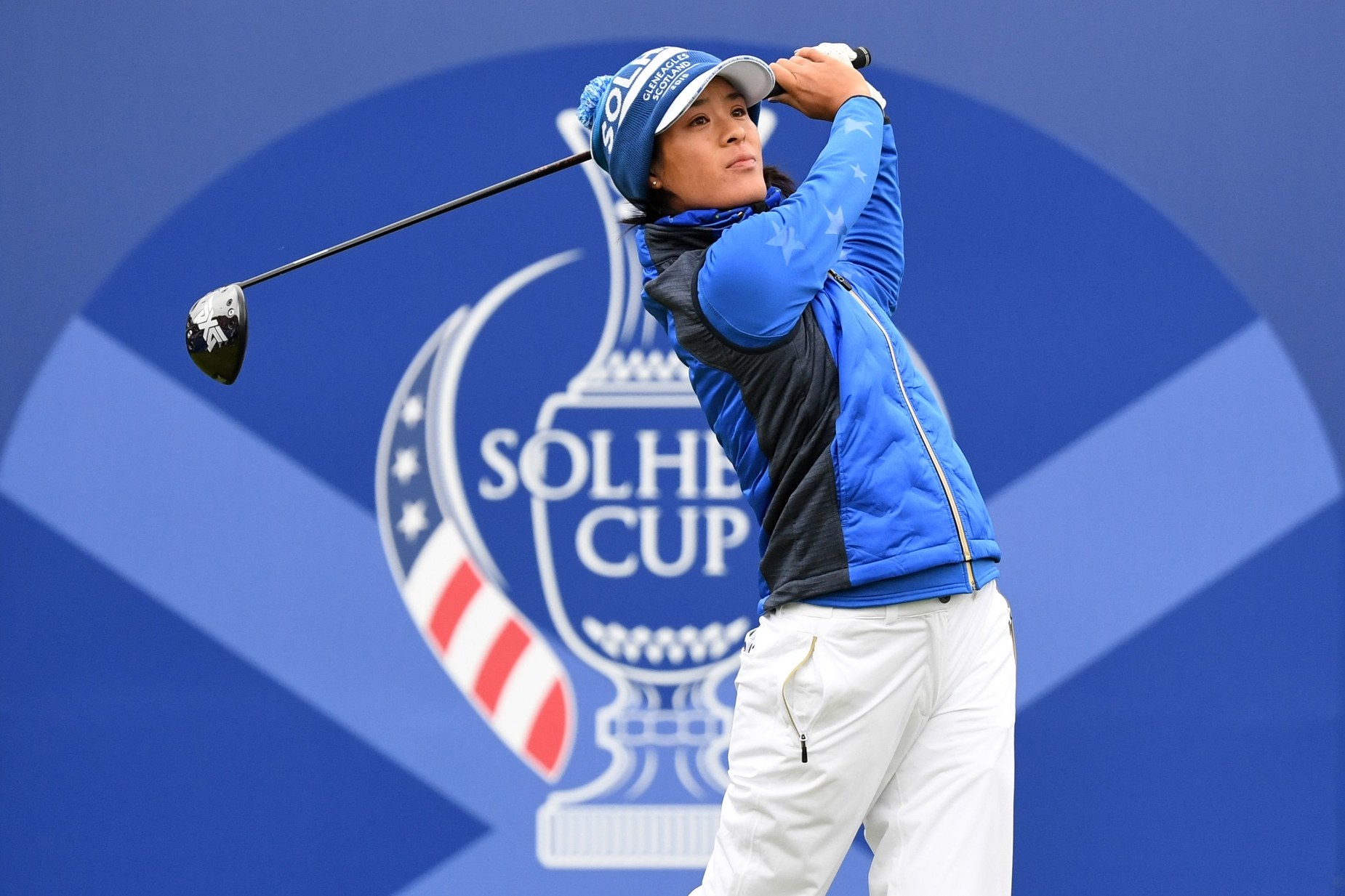 Matthew paired the Duke University graduate with Hall, who was playing in her second Solheim Cup after making her debut two years ago in at Des Moines Country Club. The duo were an instant hit, winning all three of the matches they play together in

First they beat Lexi Thompson and Brittany Altomare in Friday foursomes, 2 and 1, and rested that afternoon. They reunited in Saturday morning foursomes and beat Ally McDonald and Lizette Salas, 3 and 2, before defeating McDonald and Angel Yin, 2 up, in four-ball. That victory was particularly impressive given that Hall and Boutier had been 4 down through seven holes.

When they split up on Sunday for singles, they were successful again. Boutier defeated Annie Park, 2 and 1, and Hall beat Lexi Thompson, 2 and 1.

“Obviously, Celine and Georgia winning, going four for four [was important],” Matthew said. “To come and do that in your first Solheim Cup, hats off and a tremendous performance, Celine. Well done.” 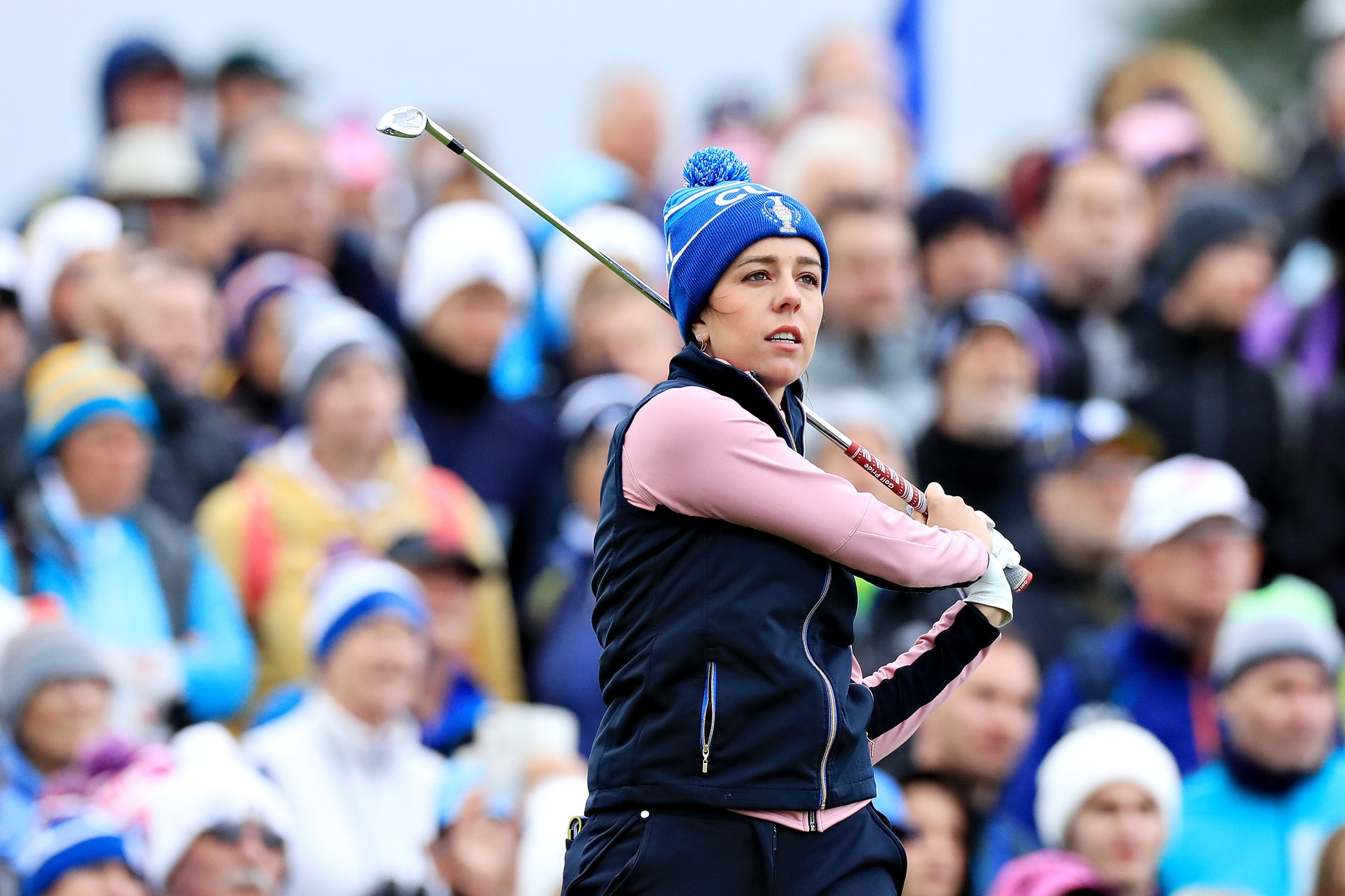 Matthew cited similarities in their personalities to explain why she put them together. Both are quiet, reserved players, more so than others on their team.

“We thought Celine’s got a great short game, great putter. And Georgia loves hitting her longer irons,” Matthew said. “We felt it was a natural fit.”