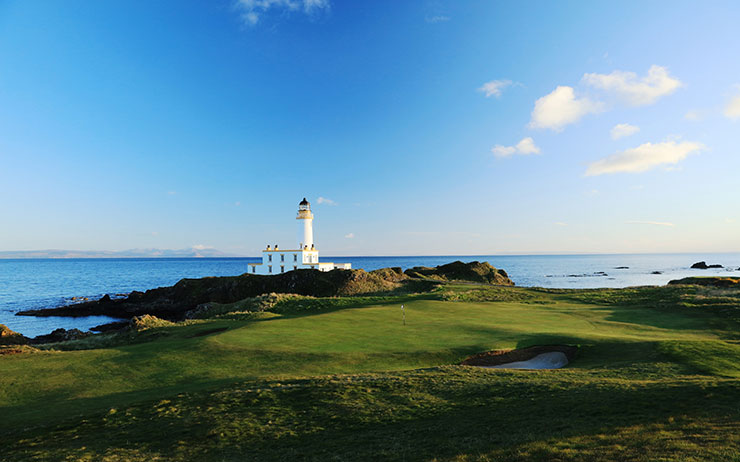 As Turnberry’s new owner Donald Trump was making waves ahead of the U.S. presidential election, his timeless course along Scotland’s western coast was turning heads courtesy of a recent revamp. Ricky Hall, Trump Turnberry’s Director of Golf, provides some insight into the reconstructed Ailsa Course, and why it will continue to be a strong component of the Open Championship rota.

What prompted the redevelopment of Turnberry, already one of the strongest courses on the Open rota?
When Mr Donald Trump bought the property in 2014 he loved the Ailsa course for what it was but fully believed that it could be improved. He thought that there was an even better golf course out there and that the incredible coastline could enhance both the golf holes and the golfer’s experience. 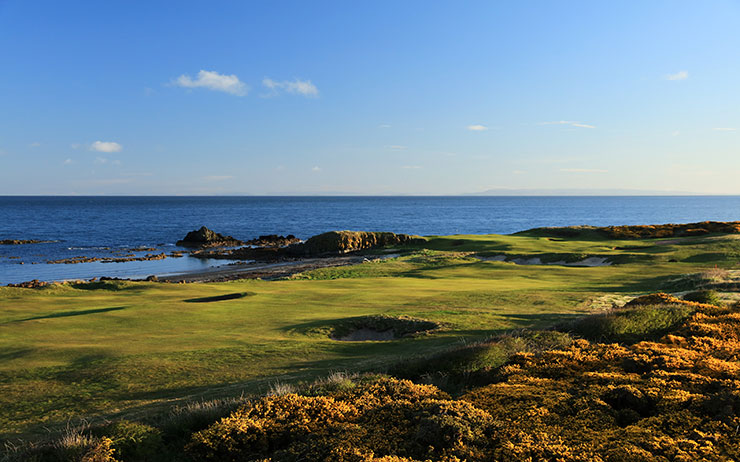 Specifically, what was done?
The Trump Organisation purchased the resort in July 2014, and the first work began in October 2014 with the upgrade of the clubhouse and the hotel meeting space. Mr Trump and Martin Ebert, the golf course architect, worked on the plans for the new golf course through the winter of 2014/15 and the final design was agreed with Mr Trump and unveiled in Spring 2015. Work began on the Ailsa Course in October 2015 and we re-opened the course on the June 1 this year.
Essentially the main changes were to holes 1, 4, 5, 6, 9, 10, 11, 14, 17 and 18. All the changes are significant and have greatly improved the holes but the stretch from 9 through 11 is as dramatic a three-hole stretch you will find. It really is breathtaking. All of the 18 greens were lifted to allow a consistent root zone profile to be established throughout and then the existing greens turf was replaced. We introduced a new irrigation system throughout. New tees were built, both back and forward and every existing bunker was re-designed, with the fairway bunkers being restored to a more natural, rough edged appearance for which they were once famed and obviously new bunkers were added to a number of the holes. Along with the Ailsa work, the famed Turnberry Lighthouse was completely transformed to now house an incredible two-bedroom suite and also our Halfway House. With the work that has been done here, there can be no finer Halfway House in the world!

What do you think the Trump brand does for Turnberry, already one of the most recognisable golf names around?
Turnberry is a legendary destination, known throughout the golfing world for its four Open Championships on the great Ailsa course and also for its personalised service and attention to detail. The Trump name is known throughout the world for high standards of luxury, so the two combined create a truly memorable experience for our guests. 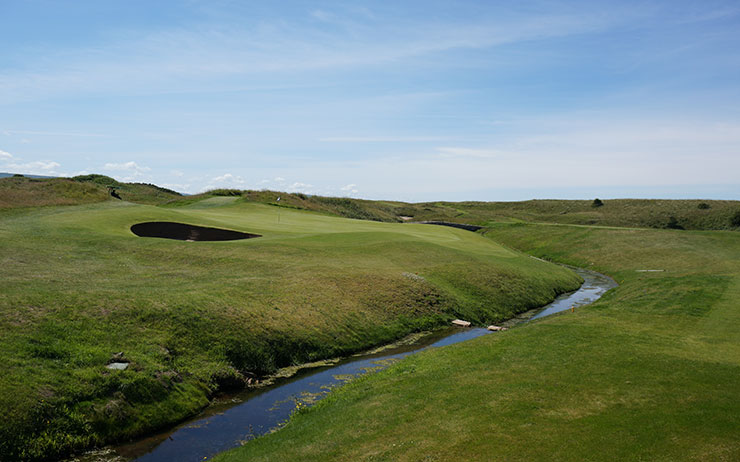 What were some of the challenges Turnberry faced through the course of the redevelopment, and how did you overcome it?
It was a major renovation program through a Scottish winter so the weather definitely played a part in the challenges that the team faced. The main contractor, SOL Golf, did an incredible job with a dedicated and talented team of people to complete the work on time. They employed a large number of greens staff through the winter, which has ensured continuity through the grow-in period.
One of the major issues was on the 14th hole, which is a beautiful new par 5. The original plan was to use a technique whereby we would grow the fairway from turf cores taken from existing Ailsa fairways. In theory this should have been fine but unfortunately the Scottish winter took its toll and it became apparent that within the required timescale the condition would not have been to the required standard in time. A decision was then taken to re-turf the whole 14th fairway, with existing fairway turf from our Kintyre Course, and that was a major job that wasn’t planned for so I would say that was ultimately one of the main challenges of the renovation.

What are some of the non-course features introduced at Turnberry with this redevelopment? How do you think this will add to the golf experience?
Working alongside Martin Ebert, the course architect, we’ve upgraded our pitch and putt course in front of the hotel from a 12-hole to an 18-hole course. Renamed “The Wee Links”, it’s designed to play like a mini Ailsa course. It’s really quite special and the resort guests and our members enjoy playing it. We also reopened The Golf Academy after a refurbishment. The putting studio and swing studio have been revamped and fitted with the latest technology. We also welcomed True Spec Golf as our custom fitting offering, the first of its kind in the UK.
As part of the Academy and focus on instruction, we also had a new short game area created. It truly is a fantastic addition to the golf offering that we have here. 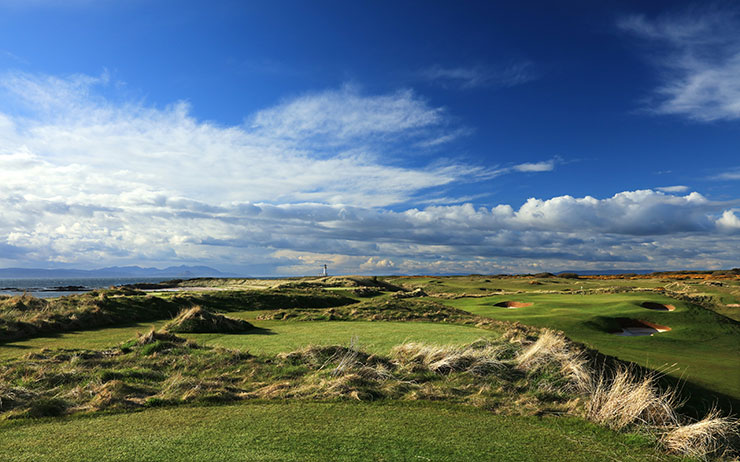 I couldn’t help but notice what a wonderful job you did refurbishing the lighthouse and opening it to the golfers. Tell us what you did there and what it offers now.
The lighthouse had sat untouched for over 30 years so when The Trump Organization announced they were going to upgrade the building and create a two-bedroom suite, as well as putting in a new halfway house, we were thrilled. It makes perfect sense. The lighthouse is such an iconic and important symbol of Turnberry that it’s wonderful that guests now can actually experience it, either through staying overnight or just by stopping in for some lunch on their way from the 9th to the 10th.

What work was done to the hotel?
Ralph Porciani now manages the hotel and has done so since The Trump Organization took over in 2014. The main building of the hotel was built in 1906 and in September 2015 it closed to undergo probably the biggest renovation it has ever seen in over 100 years. All of its 103 bedrooms have been refurbished, as have all of the public areas, bars and restaurants. 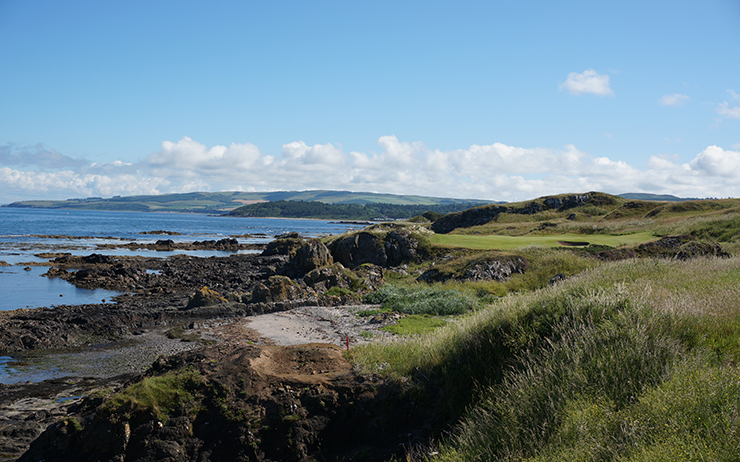 What other development is planned, if any?
The renovations will complete in the summer of 2017, with The Spa at Turnberry and the Trump Villas also due to be refurbished. Work is currently underway on our second golf course, which is also benefitting from the magic touch of Martin Ebert.