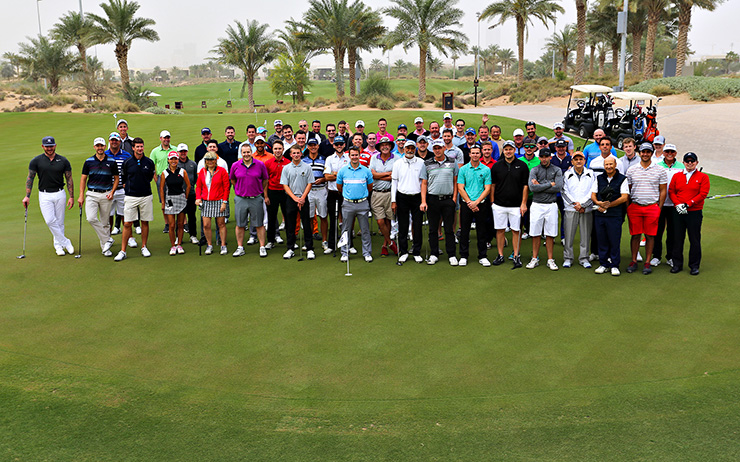 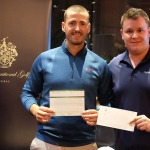 In a graphic illustration of the breezy conditions and even stiffer short game challenge provided by Trump Dubai course architect Gil Hanse, Shepherd was the only player among 30 professional starters to dip under par.

Munro combined with Raj Ranavaya to win the Pro-Am betterball strokeplay title with a seven under 64 on countback from Shepherd and Jamie Marland.

Shepherd, pictured with Ryan Albourough from tournament beverage sponsor, African & Eastern, described his round as a “Steady Eddie” effort but also “left a lot out there”.

The Londoner missed birdie putts from six, three and five feet in his first three holes after starting on the par 4 8th and then had to settled for birdie on the drivable par 4 12th after his six foot eagle putt drifted by.

“I was thinking afterwards that I could have set a score that could have been quite hard to beat if I’d had a normal day on the greens but I did go bogey free which is nice,” Shepherd said.

“It was a bit frustrating early on but I just kept hitting the ball well and didn’t get into too much trouble. I only missed two greens but not too badly…it was just Steady Eddie stuff.”

Shepherd was surprised by the style of golf he encountered and admits he “got lucky a couple of times not knowing the course”.

“I birdied 18 around the lake. I had a six iron in and blocked it a bit but it banked in to three feet. It’s quite cool. Once you get to know it this is a course where you can use the slopes and contours and play some quite creative golf instead of the target golf which it pretty much is in the UAE.”

A sponsorship with global fitness equipment manufacturer Matrix will enable Shepherd to follow his tour dream fulltime in 2017 despite the Wimbledon pro failing to advance beyond the first stage of European Tour Q-School late last year.

Shepherd will start his year at the $400,000 Philippines Open next month, is hopeful of invites to at least five European Challenge Tour events and will also play the developmental MENA Tour whenever possible. 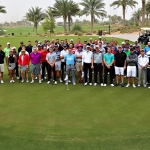 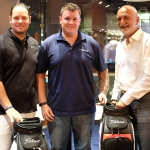 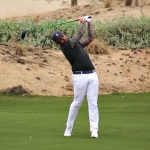 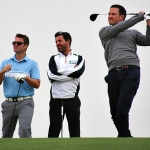 Marcus Samut follows the progress of his drive as Brendan O’Leary (left) and Jumeirah Golf Estates’ Tim Backhouse watch on. 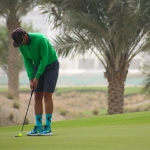 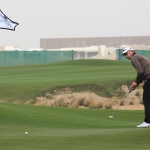 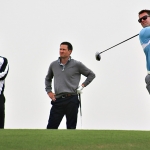 Brendan O’Leary has his turn on the tee as Tim Backhouse and Marcus Samut (centre) watch on. 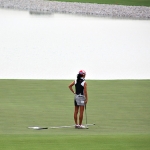 The Address Montgomerie Dubai’s David Laing sends a long putt on its way as playing partner Young Cho watches on. 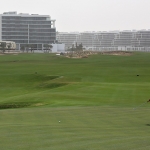 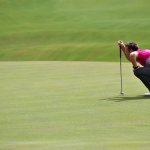 …Mike Kinloch then surveys his own birdie putt. 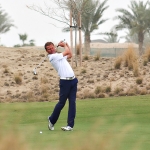 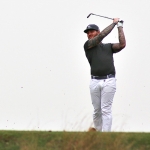 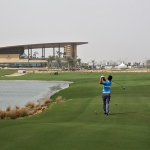 Brendan O’Leary tees off on the tricky par 4 18th at Trump Dubai. 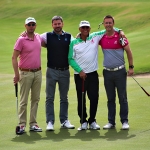 Starting from the 7th were (from L to R) Will McIntosh, Dubai Creek’s Stephen Hubner, Aubrey Ghose and Mike Kinloch. 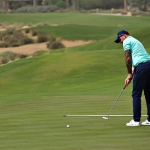 Jamie Marland wills his ball toward the cup.

Marland partnered pro winner Jake Shepherd to second place, on a countback, in the the Pro-Am betterball competition which drew 32 teams. 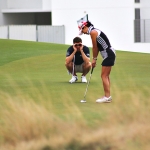 Laing and Cho finished T9 in the betterball Pro-Am with a net 70, one under par. 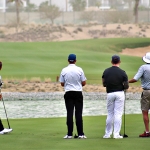 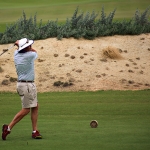 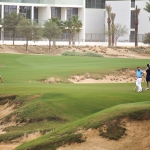 Kasparis and Paul Hubner finished T9 with a one under net 70, six adrift of the winners. 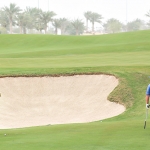 Hease, a golfer for just 14 months, celebrated an eagle (and net hole in one) just four holes later when she drove the par 4 12th and holed a down hill six footer.