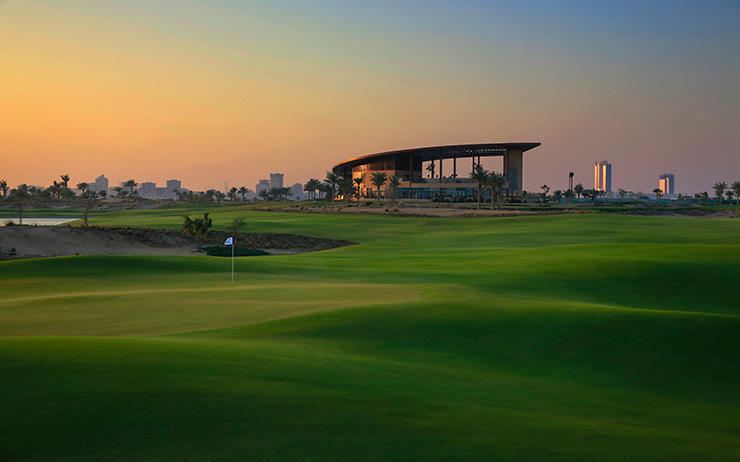 Trump International Golf Club, Dubai has unveiled its green fee pricing after confirming it will open its doors to public play from Sunday.

The winter (peak) season rack rate fee for weekday and weekend play on the 7229-yard, par 71Gil Hanse-designed layout has been set at AED 895 and AED 995 respectively.

While not the cheapest green fees in the UAE, the Trump pricing is not the most expensive either and comes with the promise of “golf inspired by the game’s homeland, blended with culinary excellence, white-gloved service and exceptional leisure facilities to create an elegant lifestyle oasis within DAMAC Hills.”

The emirate’s first new course for seven years, Trump Dubai, is to be officially opened in a lavish ceremony headlined by the U.S. President’s sons, Donald Jnr and Eric Trump, on Saturday evening.

The course, sculpted by acclaimed Rio Olympic Games course designer Hanse, has been in play for more than a month and is expected to create much interest, for its golf and food and beverage offering as much as for the controversial name on the gate.

Trump Dubai’s Golf Academy, led by South African Sven Nielsen who was headhunted from Trump Turnberry for the role, is also now taking bookings and will employ technology such as SAM Puttlab and TrackMan Golf in its teaching.

General Manager Andrew Whitelaw, a 20-year veteran of the Dubai golf industry, is confident Trump Dubai “will reinvent golf and leisure in the region”.

Trump Dubai said it was still accepting a “limited number” of founding memberships.