The trickiest challenge for a tour pro? A good night’s sleep 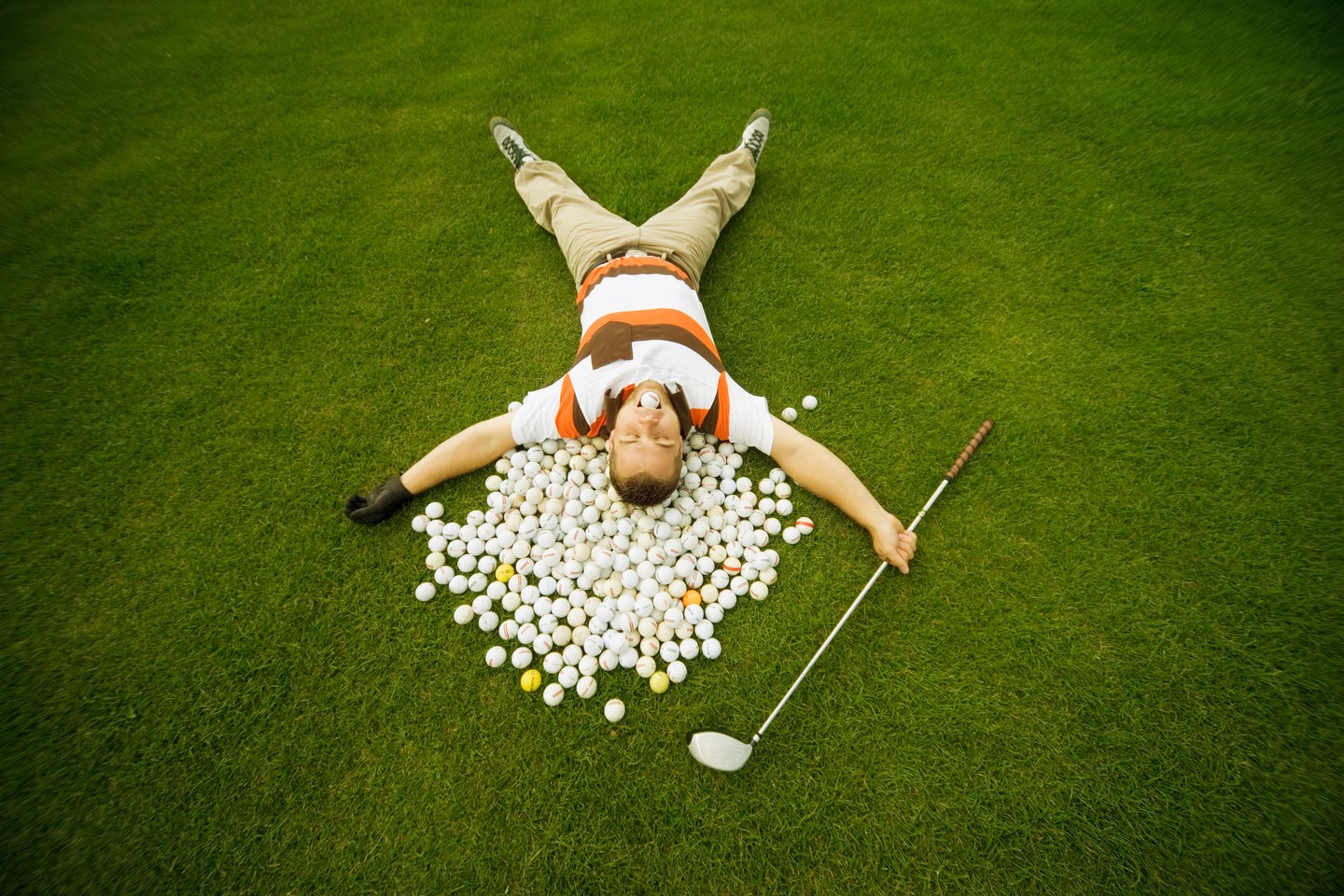 By Guy Yocom
Late the night preceding the 1919 U.S. Open playoff between Walter Hagen and Mike Brady, the Haig was partying up a storm, oblivious to the rigours that lay ahead. “Walter, shouldn’t you be turning in?” a friend pleaded. “Mike’s been in bed for hours.” Replied Hagen, “Mike may be in bed, but he ain’t sleeping.”

Our sympathies to Brady, who lost to Hagen by a shot the following day. But it’s doubtful the challenges of sleep in 1919 match what tour pros confront today. The modern player faces time-zone changes, irregular tee times, myriad hotel rooms, crying children, unfamiliar beds, halls filled with the sounds of slamming doors, elevator bells and yahoos returning from late-night forays. And those are small compared to the anxiety of swing changes, bad bounces, unpleasant pairings and how the family you left at home is doing.

Yet, tour players somehow appear perpetually fresh and well-rested. Maybe it’s just their youth, but their strides seem as bouncy at the conclusion of a five-hour round than at the beginning. So is sleep really that important? And how much are tour players sleeping really?

“We hear a lot about diet and exercise, but very little about sleep,” says Nick Littlehales, former chairman of the U.K. Sleep Council and a sleep coach who advises many professional sports teams in Europe. “It’s always surprised me, because all of us know from experience that sleep is not only vital, but perhaps the most important aspect of our well-being of all.”

Indeed, tour pros provide little in the way of details about that aspect of their lives. They regularly post on social-media photos of their workouts, meals and other parts of their training and recovery, but little about sleep. It’s understandable why Rickie Fowler is more apt to post photos of himself in the gym than slumbering in eye mask and pajamas. Still, it’s surprising players don’t address it more. 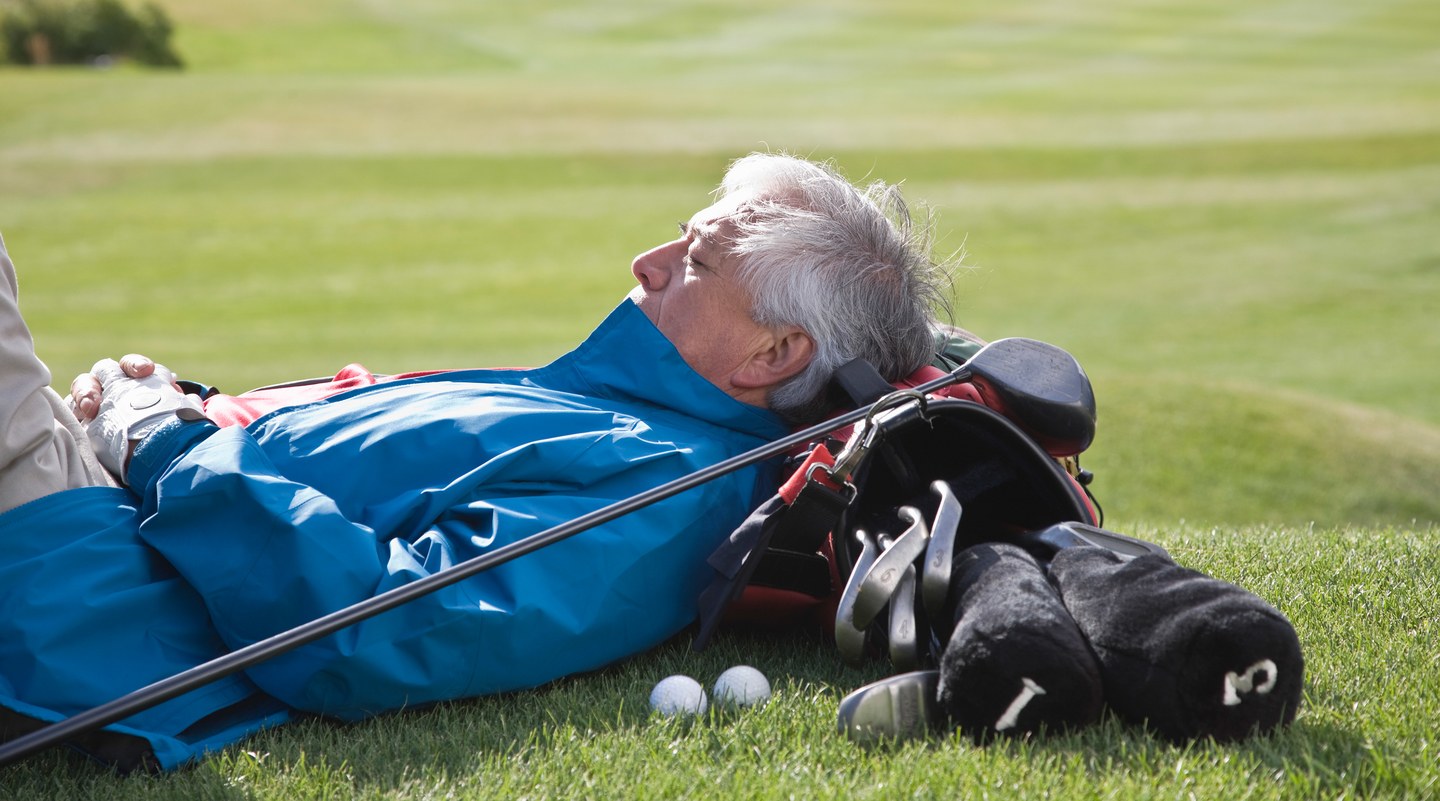 The springboard for curiosity about the subject is, of course, Tiger Woods. His recent disclosure of a sleep disorder in the midst his DUI arrest in May may have been a surprise to those who don’t know him, but was actually well known for years. At least a decade ago, Woods was telling people that he rarely slept more than three hours a night, which, glint-eyed and alert as he always looked, even for his regular dawn-patrol practice rounds, seemed to evidence that he was superhuman. Today, his invincibility gone but the insomnia still there, it just seems unhealthy. Rory McIlroy talked in January of a text he’d received from Tiger at the unholy hour of 4 a.m. “Up lifting. What are you doing?” it said.

But other strange sleep patterns among golfers have emerged through history. Doug Sanders, whose lifestyle and nightlife habits in his prime would make the aforementioned Hagen blanch, told me he deliberately never slept more than four hours a night. “It was a choice,” he said. “I didn’t want to sleep a third of my life away. Going to sleep was like ruining a bad dream.”

Laura Baugh, one of the LPGA glamour girls of the 1970s who, though winless, made a good living at the game, told me she slept only two hours, sacking out at 4 a.m. then rising at 6 a.m. to iron and listen to the radio.

Even the great Bobby Jones had trouble sleeping, able to doze off only after ingesting a meal and a couple of stiff highballs.

Short-hour sleep tales are the most compelling. But long-duration sleepers raised an eyebrow, too. Jack Nicklaus was famous for sleeping into mid-morning in a one-room motel with his young children raising cain all around him. Michelle Wie claims to have slept 16 hours continuously once, and says she doesn’t feel good unless she slumbers for at least 10.

And then there are the sleep opportunists. Boo Weekley is like that, often falling asleep under a tree during hunting trips. So is Gary Player, who is known for falling asleep at the moment his plane takes off, the roar of the turbine engines a soothing balm.

But to the point: How much are current players today sleeping? Given the alternating starting times of the first two rounds of a PGA Tour event, not to mention the sometimes early times for Wednesday pro-ams, the irregular waking hours have to put a crimp in the total amount of shut-eye players get.

We put the question to a number of PGA Tour pros seeking not only average numbers but insight on how they got there. Most sleep experts judge a healthy night’s sleep as one between seven and nine hours, though it depends on the individual. A fat segment of tour players we talked to are smack in that zone.

Snedeker, Wie and Casey all have their own unique sleep stories

“I’ve always slept eight hours,” Paul Casey says. “But it took some effort to establish that. When I first came on tour I used to tape over everything in the hotel room that emitted light, including the little red light on the smoke alarms. I taped the curtains together, put a towel at the base of the door, even covered the clock next to the bed. It was so dark, I once walked into the closet instead of the bathroom.”

Brandt Snedeker sleeps eight hours, too, but recalls that on the eve of his first Masters in 2008 he slept only three hours, his mind racing certain tee shots he’d face the following day. “After it dawned on me that one tee shot wasn’t going to decide the whole tournament, I started sleeping better,” he says. “In fact, I started sleeping so deeply that I had a recurring dream of holing an 8-iron from 159 yards on the 18th hole. It’s very vivid. But I haven’t lived the dream yet.”

Jim Furyk is an eight-hour guy, though he seems wistful when he talks about his teen and college years, when he would snooze for 11 hours. “After I got married and had kids, I started sleeping like a baby—I was up at 4 a.m. just like they were. But it’s settled down.”

Tony Finau sleeps eight hours as well, but surprisingly, does better on the road than at home. He and his wife, Alayna, have three young children. “We’ve been trying to at least improve the quality of our sleep by conducting a full-on bed search,” Tony says. “We’ve tried gel beds, a water bed and even the reclining models advertised on TV infomercials. We haven’t found the perfect one yet.”

Also in the eight-hour camp are Zach Johnson (“My physio guy can’t sleep and is jealous”), Bryce Molder (“I do it with kids, too”), Justin Leonard (“A better diet has helped”), Stewart Cink (“Sometimes only seven because I’m a clock-glancer, thanks to almost missing an early tee time early in my career”) and Matt Kuchar (“I can go 10 easy, but it’s usually eight, especially when I’m contending”) and Billy Horschel (“I didn’t sleep the night after I criticized the greens at Chambers Bay”).

“When I first came on tour I used to tape over everything in the hotel room that emitted light, including the little red light on the smoke alarms. … It was so dark, I once walked into the closet instead of the bathroom.” —Paul Casey

Then there are the outliers, the players with sleep habits and tendencies that are unusual, but which many can identify with. Andrew (Beef) Johnston says that at the end of a long road trip, he’ll alternate between sleeping 12 hours and binge watching shows such as “Game of Thrones.” Steven Bowditch says his stints of playing and poor sleep are followed by a “shutdown” when he returns home, sleeping up to 14 hours at a spell. Geoff Ogilvy says when he’s playing well and in contention, his sleep diminishes from eight hours to four. “One way I make up for it is to rest meditatively, laying down and quieting my mind for a few hours. It works surprisingly well.”

This brings to mind the sleep tale of the late Dr. Cary Middlecoff, the great player of the 1950s who won two U.S. Opens, a Masters and 40 tournaments altogether. High-strung Doc told me once that at big tournaments early in his career, he sometimes didn’t get any sleep, Saturday nights especially. “I’d lie in bed, tossing and turning, anxious about the next day and not sleeping at all,” he said. “I’d be exhausted.” Doc said he eventually gave up. “I finally accepted I wasn’t going to sleep and that instead I’d just lay there still, like an Egyptian mummy. Oddly enough, it worked. I got rested and played well. Knowing I had an alternative if I didn’t actually sleep, the anxiety disappeared. I began sleeping.”

Littlehales, the sleep expert, was an assistant pro before he took up his current calling, and understands the sleep challenges peculiar to tour pros. He says that small moments of rest that occurred 20 years ago, small things such as watching people while waiting for a cab, have been replaced by impulsive checking of cellphones, and that it’s taking a toll. He applauds people such as Middlecoff and Ogilvy, referring to them as “sleep opportunists.” He says the old model of sleeping straight through for eight hours to essentially follow the rising and setting of the sun, is by necessity being thrown out the window.

“What matters most is the sum of the sleep you’re getting, not the duration,” he says. “If a person can sleep for 1½ hours five times a day or, even better, 2½ hours three times a day, research has shown that they get pretty well rested. It’s not ideal, but it’s realistic. What I call the ‘poly-phasic’ approach will guarantee a pretty high level of alertness and awareness when you’re awake.”

His advice to tour pros, or anyone who finds shut-eye in short supply, is to get it where you can. “If you can grab an 1½ hours on a plane flight, fine. An afternoon nap—the old ‘siesta’—terrific. We’ve got to find creative ways to shut down our brains down into that paralyzed state we call sleep.”

This shouldn’t be a hard concept for tour pros to grasp. After all, their livelihoods are spent consumed by an activity where they’re adding up numbers and posting a score. It’s just that in the game of sleep, you want to go high rather than low.