Tommy Fleetwood on faking signatures, sneaking on to Royal Birkdale and the lure of the Claret Jug 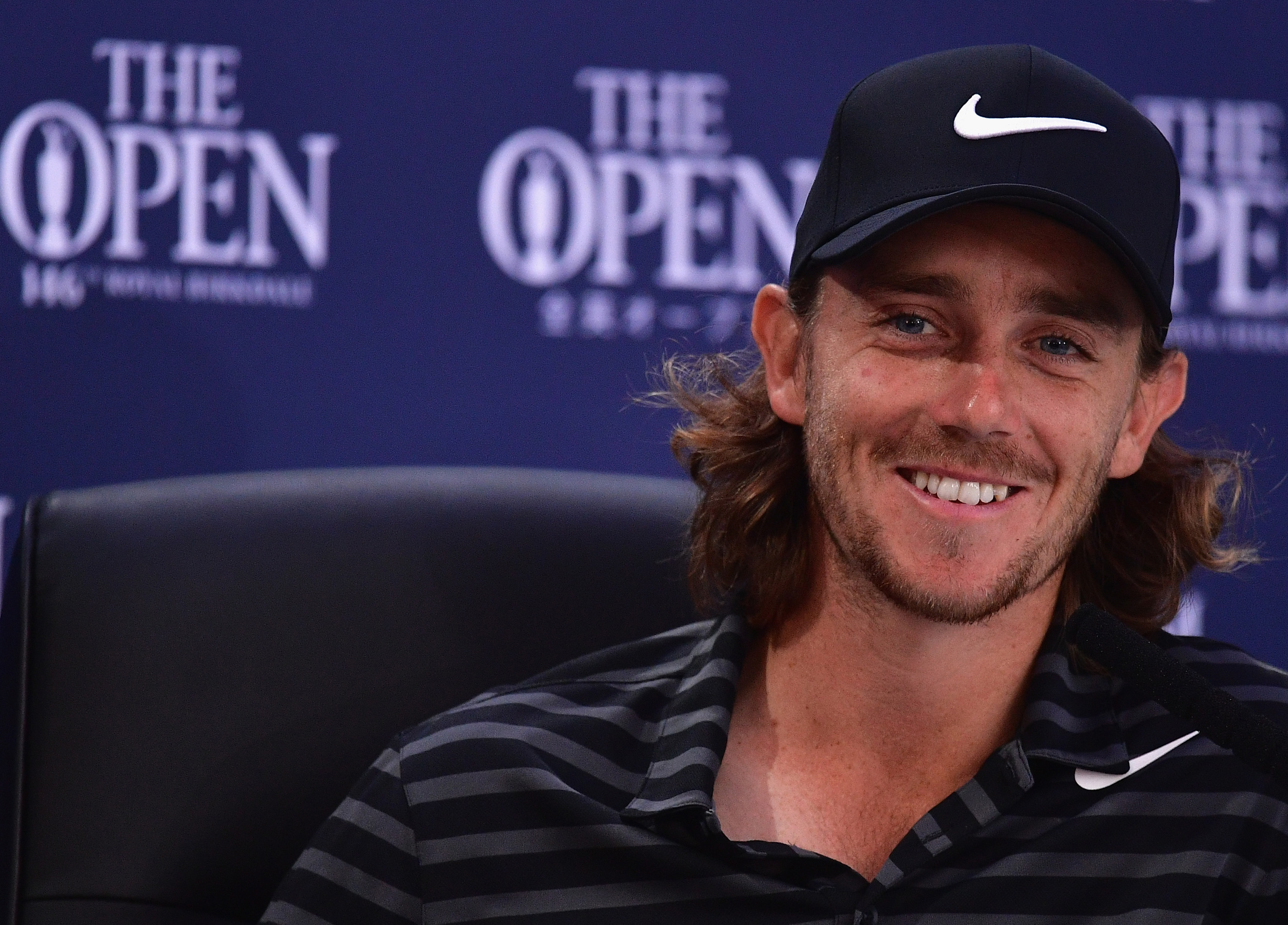 As a kid, Tommy Fleetwood would to sneak on to the links at Royal Birkdale with his father, Pete, when the members weren’t looking.

Upon learning of his guilty boyhood pleasure, which came after Fleetwood’s rousing fourth placing at last month’s U.S. Open established him as an early favourite for the 146th Open, the club jokingly tweeted a request for “unpaid retrospective green fees”.

The friendly banter continued Monday as Fleetwood rolled into the media centre for the first of The Open’s pre-tournament press conferences.

“You can’t sneak on the places that we used to sneak on anymore,” the 26-year-old revealed. “The 5th was the place that used to be a lot more open, and it’s got fences and bushes there now, so that’s gone. You can’t even get on to watch The Open [for free] anymore.

“You can try, [but] I wouldn’t recommend it. I mean, we were very clever about it, or my dad was, not me. Yeah, it’s a lot tougher these days.”

There’s zero chance of Fleetwood going anywhere this week unnoticed as the banner boy of Southport golf, even if his wins at the Abu Dhabi HSBC Championship and Open de France haven’t exactly turned the long haired one into a household name outside of golf.

“I got recognised at the market the other day, but no, nothing that spectacular. There’s nobody fainting in the street as I walk past. So I’m still waiting for those days to come.”

A Claret Jug would undoubtedly set hearts aflutter. So how are you handling the sky high expectations? In a word, Fleetwood finds all the attention “flattering”.

“I’d much rather be in this position where people might be talking about me as a contender than turning up and sort of being a no show,” said Fleetwood who has been grouped with world No.2 Hideki Matsuyama and U.S. Open champion Brooks Koepka in a first round draw he described as “quite a big draw, isn’t it, a TV draw. Nice to be part of it.”

“Yeah, I thought about winning The Open since I was five years old, so I think thinking about it another few days isn’t going to make any difference to me.

“Recent results have clearly put me in the eye and made people talk about me as a chance. This is still The Open [though] and there’s so many things that go into it…the luck of the draw goes into it, depending on the conditions. Golf is that funny game where you could turn it one day and feel terrible. There are so many things that came into it and all you can do is do what you can do.”

Interestingly, Fleetwood has missed the cut in his three previous Open appearances and prior to his win in Abu Dhabi found himself on a slide outside the world’s top 150 and wondering where his next rent cheque was coming from. But life has been on the up since he set up house with his fiancée Clare and her two children (the couple are expecting a baby of their own in October) and reconnected with longtime coach Alan Thompson after a confusing stint with Pete Cowan. He also has his best mate Ian Finnis on his bag and admitted now “nothing really scares me”.

The U.S. Open experience, where he contended in a major for the first time, shot 68-72 over the weekend and played in the penultimate Sunday pairing with Koepka, has also given him great belief.

“I didn’t play very well on Sunday, a couple of putts could have dropped. [But] I watched the winner play, which is great. I think just showing to myself that I feel all right in that situation [is the take away from the experience]. And I felt if the time comes again when I’m contending in a major, I know that I can do it, really. I felt fine. And I felt comfortable.

“Of course you’re nervous, but I wasn’t out of control. I wasn’t fearful. I didn’t back away from any shots. And that was — I was proud of that, really.

“At the end of the day, when things are good off the course, what happens on it, it does matter, because it’s your job and it’s your life and all my dream and ambitions stick around golf. But whatever happens I’m going to go home and everything is going to be as good as it’s ever been. So what more do you really want?”

Fleetwood is certainly looking forward to this week far more than the the last time Royal Birkdale hosted the Open in 2008 when Padraig Harrington successfully defended. The keen Everton fan had reached the final of The Amateur Championship that year and a win would have earned a players badge to Birkdale but it wasn’t to be.

“I was a match away, basically, which was upsetting. So I didn’t really watch much of it. I stayed at home. I either went and practiced on my own… because I was in a sulk because I didn’t get to play it.”

The Fleetwood story of the 1998 Open at Birkdale, when Mark O’Meara beat countryman Brian Watts in a playoff, is far happier.

“‘That was the first Open I went to watch. And my first memory was just Justin Leonard who was on the cover of the [official Open souvenir] book. I remember Tiger Woods walking past me. That was the first time I’d ever seen Tiger Woods, and the aura around him at the time. Apart from that, don’t remember much about that, apart from I didn’t get many autographs. I spent the time walking and faking them in my little book.”

And with that, Fleetwood’s first presser was almost over. But not before a final enquiry about how the family were enjoying his time in the Southport spotlight, and particularly about Pete.

“My dad is the same as he’s always been. He’s more interested in his own golf half the time. He’s down to 10 again,” Fleetwood joked. “They’re like any good parents are, they want me to do well and do anything for me to get there. And if I don’t, then that’s – they love me – I’m sure they’re very proud and there’s nothing bad in calling my dad up after France. He had a few drinks and he was happy. There’s nothing better than that because you’ve made him proud.” — Kent Gray travelled to The Open with Etihad Airways