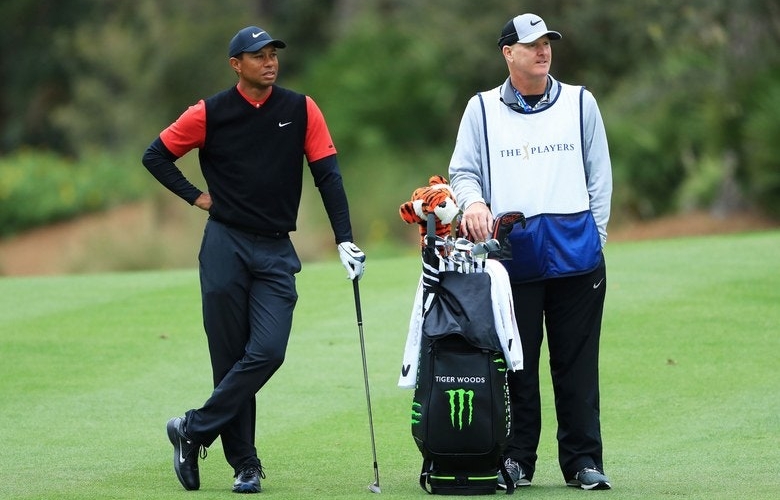 Sam Greenwood/Getty Images
Tiger Woods and caddie Joe LaCava stand on the 10th hole during the final round of the 2019 Players Championship.

By Daniel Rapaport
Tiger Woods will miss the Players Championship for the first time since 2017. His agent, Mark Steinberg, texted Golf Digest: “Back just not ready. Nothing concerning just not ready.”

Woods has not played since the Genesis Invitational three weeks ago, where he shot 76-77 over the weekend to finish last among players who made the cut. Woods said he felt a bit stiff that week and felt rundown after all his duties as host of that tournament, which prompted him to skip the WGC-Mexico Invitational, which he played in 2019.

Woods also did not play in the Honda Classic and this week’s Arnold Palmer Invitational, which he has won eight times, with Steinberg saying at that time that Woods’ back was still stiff and he wasn’t quite ready to tee it up.

Woods has played just two tournaments in 2020—a T-9 at Torrey Pines, and the disappointing week at Riviera—with his title defence at the Masters now just five weeks away. His last start before Augusta last year was the WGC-Dell Technologies Match Play, which falls once again falls two weeks before the Masters begins.

There is no indication as to whether Woods will play in the match-play event or not, but skipping the Players—the PGA Tour’s signature event, with the strongest field in golf and the biggest purse, and a tournament he’s won twice—is an eye-opening development given Woods’ injury history. Still, Steinberg is confident that Woods’ long-term health is not a concern.

Woods has maintained throughout the year that the singular goal of his preparation and scheduling is to best ready himself for the Masters, which could explain the extra cautious decision making.

“The idea is to peak around Augusta time,” Woods said about not playing in Mexico. “I just felt I wasn’t going to be ready for next week, a little rundown.”

Perhaps Woods’ hectic end of 2019 is still taking a toll. After winning the Zozo Championship in Japan to tie Sam Snead’s record of 82 PGA Tour victories, Woods finished T-4 at the Hero World Challenge, then made a 26-hour trip to Australia for the Presidents Cup, where he went 3-0-0 as a player-captain of the winning American side. He said after that trip that he would put the clubs away for a while to rest.