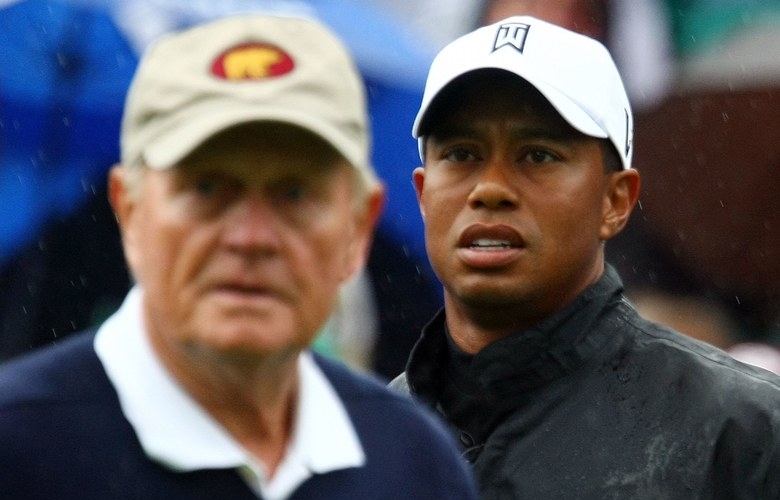 Tiger Woods is closing in on Jack Nicklaus’ records, according to a Caddie Network poll. (Photo by Scott Halleran/Getty Images)

By John Strege
Tiger Woods will win a sixth Masters and will match Jack Nicklaus’ record of 18 major championships, according to a poll of 56 professional tour caddies conducted by the Caddie Network.

Similarly, 53.6 percent of respondents agreed that Woods would equal Nicklaus’ record of 18 majors. But to the question of whether he would break the record, 62.5 percent said no.

The vote was split evenly on whether he would win one of two next majors, the PGA Championship at Bethpage Black and the U.S. Open at Pebble Beach, both venues on which he has won majors.

By a wide margin, they identified Woods as the greatest golfer of all time, with 71.4 to 26.8 percent who said Nicklaus was. Ben Hogan, at 1.8 percent, was third.

And 100 percent of respondents said he would eclipse Sam Snead’s record of 82 PGA Tour victories.

Woods’ comeback also was the greatest in sports history, according to 55.4 percent of the respondents.

However, one dissenter noted this: “If he wins any of the other majors that would be the greatest comeback ever. The Masters field is too small and there are about 15 guys with zero chance of winning. He beat about 60 guys. Other majors he would have to beat over 125.”