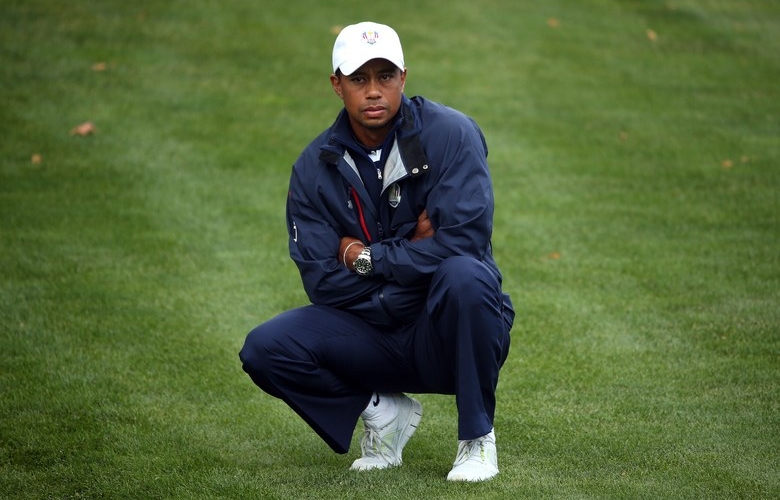 MEDINAH, IL – SEPTEMBER 30: Tiger Woods of the USA watches from the first fairway during the Singles Matches for The 39th Ryder Cup at Medinah Country Club on September 30, 2012 in Medinah, Illinois. (Photo by Andrew Redington/Getty Images)

By Alex Myers
Tiger Woods has made headlines for a variety of things not related to golf the past few months, but that will change next month, says friend Steve Stricker. On Thursday, the Presidents Cup captain told Golf Channel that the 14-time major champ will be at Liberty National for the biennial event as an assistant captain. And even though that still leaves golf fans with no idea of when Woods will actually play again, Stricker sees this as a positive start to his latest comeback.

Woods, 41, was named an assistant captains in October, but a fourth back surgery in April, a DUI arrest in May, and a subsequent trip to an out-of-state intensive care program to help him deal with medications put his appearance in doubt. According to Stricker, however, Woods now feels like being a part of the event.

Woods was one of Davis Love III’s vice captains during last year’s Ryder Cup at Hazeltine, where he seemed to really get into the role. That was backed up by Stricker saying in January that Woods was already calling him with ideas for the Presidents Cup. How that excitement translates to Woods’ return as a player remains to be seen, but in the meantime, at least we’re talking about Tiger in terms of golf.