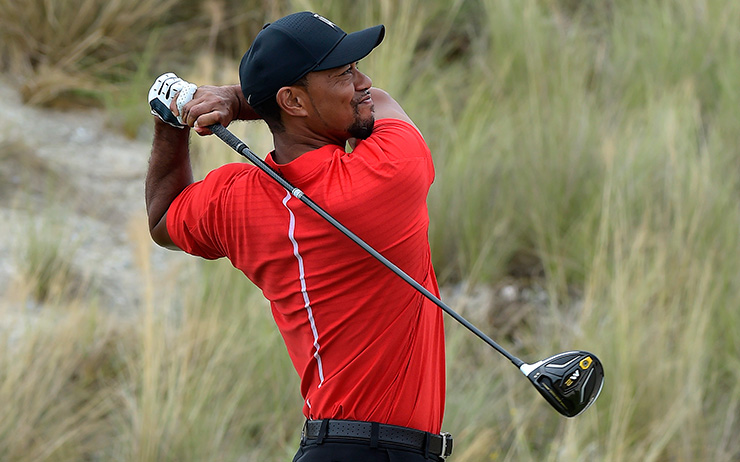 Although Tiger Woods is out in La Jolla, Calif., getting ready for his return to the PGA Tour at the Farmers Insurance Open, the Big Cat was making big news some 2,500 miles away at the PGA Merchandise Show.   TaylorMade officials announced Wednesday morning that Woods has signed a multi-year endorsement deal with the company. The news comes on the heels of Woods’ recent signing with Bridgestone to play its golf balls, meaning Woods is beginning to settle on the equipment he will use in 2017.

Terms of the TaylorMade deal were not disclosed, but it includes Woods playing the company’s driver, fairway woods, irons and wedges. TaylorMade CEO David Abeles said that Tiger will have the driver and metalwoods in play this week. The deal does not include apparel, as Woods will continue to wear the Nike swoosh and his own TW logo. There will be no TaylorMade logos on Woods hat, bag or clothes.   With Nike’s exit from the equipment business in August, Woods was expected to have new gear in play once be made his return to regular tour competition after recovering from back surgery in 2016. During his first appearance back at the Hero World Challenge in the Bahamas in December, he played a TaylorMade M2 driver with a Mitsubishi Tensei CK Pro White 70TX shaft at 9.5 degrees, commenting that using an adjustable driver was taking some getting used to as he had previously only played glued-in model. This is the same driver that Tiger will be playing at Torrey Pines, according to Abeles, who said that Woods will also have the new 2017 version of the company’s M2 3-wood (13 degrees) in the bag as well as the company’s 2017 M1 5-wood (19 degrees).

After several months of testing and all brands to choose from, the choice is clearly @TaylorMadeGolf. Proud to join the family! -TW pic.twitter.com/Ist3bA5tqN

Down the road, Woods is expected to work with TaylorMade’s club engineers in the design and development of a “new, personalized iron model” that the former World No. 1 will eventually put in play.   The signing bolsters a TaylorMade tour staff already rich in big names, with Dustin Johnson, Jason Day, Justin Rose and Sergio Garcia among its players. Woods, however, brings the company something it has not had in a long time—one of the game’s true icons, which could possibly make the company more attractive as it continues to look for a buyer.

Whether the investment in Woods proves to be a wise one remains to be seen and is largely dependent on Woods’ ability to stay healthy enough to be productive on the course. But for one day, the news was all about Tiger and TaylorMade.