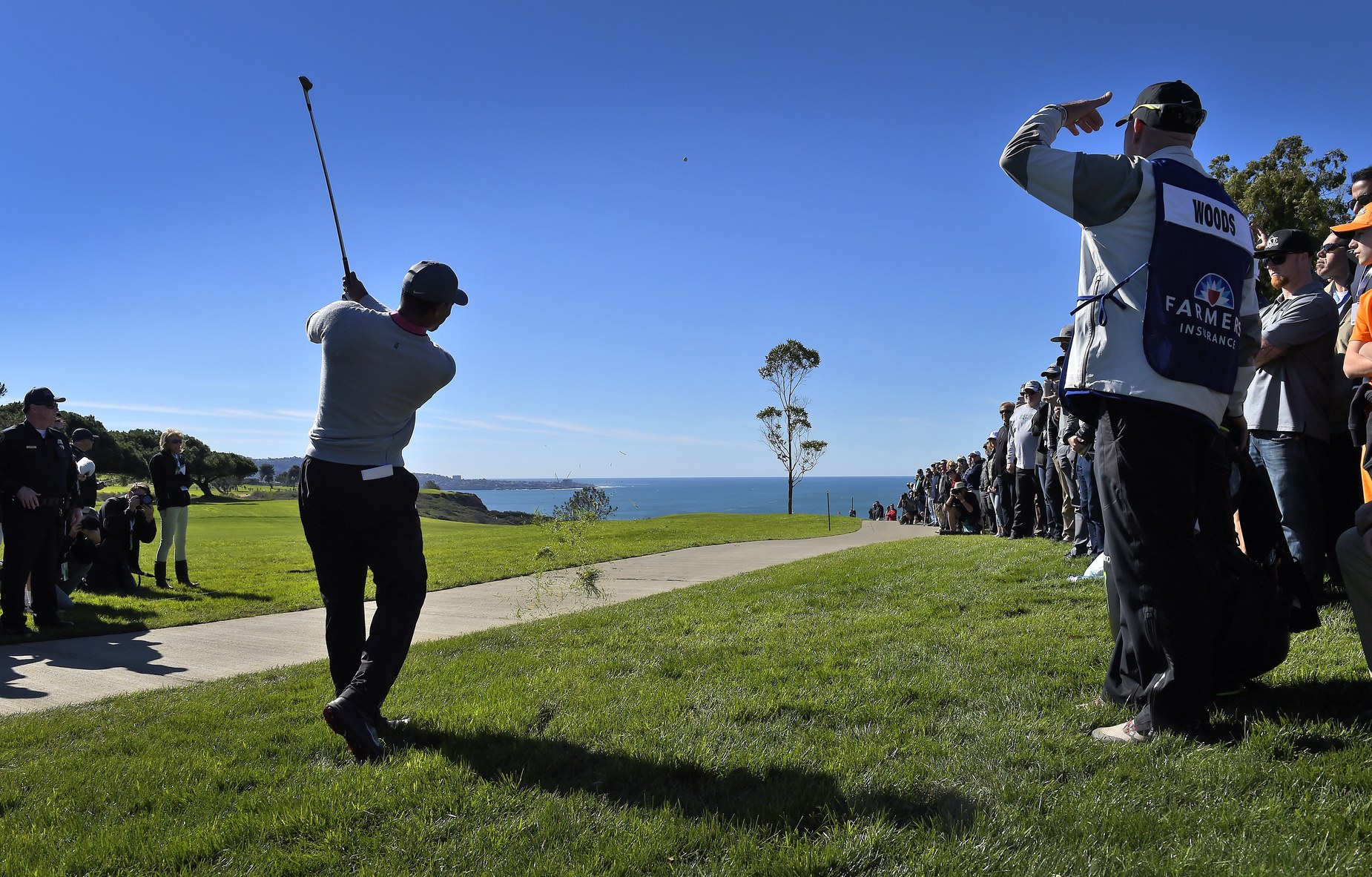 LA JOLLA, Calif. — Those who are bullish on Tiger Woods might want to consider the boilerplate caveat that past performance is no guarantee of future results.

Woods once owned Torrey Pines, but on this the occasion of his return to the PGA Tour following a 17-month hiatus, Torrey Pines owned him.

Rounds of 76 and 72, the latter on the North Course on Friday, weren’t good enough for him to make the cut in the Farmers Insurance Open in his first PGA Tour start since September, 2015.

“I’m rusty,” Woods said, searching for explanations, while deftly avoiding his go-to one, that it’s a process. “It’s frustrating not being able to have a chance to win the tournament. I didn’t make the cut. You know, overall today was a lot better than yesterday. I hit it better. I putted well again. We fixed a few things while playing today, which was good.

“Just like everybody, I’m trying to get ready for that first full week in April. That’s where eventually I want everything coming together. That’s the plan.”

It’s radically different, Woods reaching for optimism in the wake of another missed cut, his Sunday red no longer a certainty to leave the closet. He has now missed the cut in four of his last seven PGA Tour starts and seven of his previous 16.

It wasn’t close, either. He missed by four strokes, never hinting that a weekend return was imminent, and tied for 107th in a field of 155 at a place where he’s won eight times as a professional, one a U.S. Open.

Consider, too, that this has been a months-long effort to hone his game to tournament readiness. Recall that he had planned to return in October, at the Safeway Open, only to withdraw at the 11th hour, then finished 15th in a 17-player field at the Hero World Challenge in December.

“Playing tournament golf is a little bit different than playing with your buddies at home in a cart,” he said. “I need to get more rounds under my belt, more playing time, and that’s what I’m trying to do.”

It’s progress of a sort, at least, that he’s finally come off the bench. There also are the statistical improvements; he hit 10 fairways on Friday, six more than Thursday, and 11 greens in regulation, up from nine.

On deck is the Omega Dubai Desert Classic next week, followed by the Genesis Open two weeks later, and then the Honda Classic.

Perhaps Woods can find inspiration from from Federer and Nadal and Serena and Venus Williams, their best tennis behind them, nonetheless reaching the finals of the Australian Open.

“It is like old times seeing all four of them in the final,” Woods said. “It’s a testament to all of their wills, their work ethic, because each and every one of them’s been injured and been sidelined of late. They’ve all put it together at the same time and it’s like rolling back the clock. It’s pretty cool.”