Tiger Woods’ professional debut: 10 things you might not have known 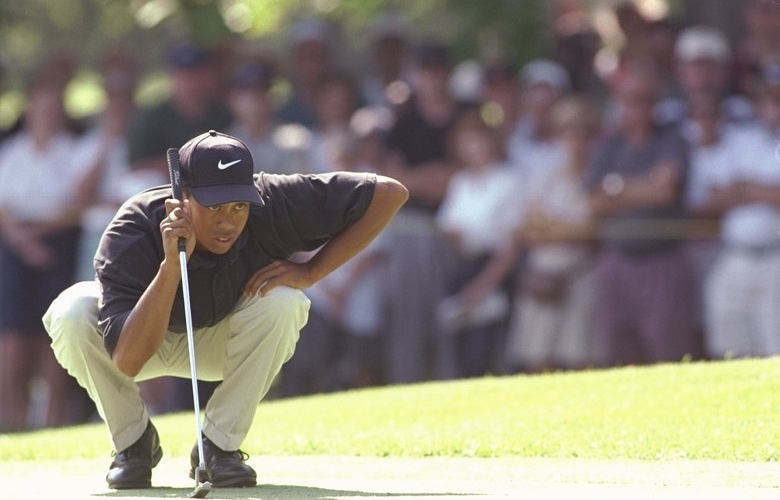 J.D. Cuban/Allsport
Tiger Woods lines up a shot during the Greater Milwaukee Open at the Brown Deer Park in Milwaukee, Wis.

By John Strege
It was 23 years ago this week, Aug. 29, 1996, to be precise, that Tiger Woods, 20 at the time, made his professional debut at the Greater Milwaukee Open. It was a memorable week, notwithstanding his tying for 60th, and occasionally an amusing one as well. Here are 10 reasons why:

1. En route via a commercial airline from home in Orange County, Calif., to Portland, Ore., for his final amateur event, Woods turned to his father and said, “I’m never flying coach again.” Indeed, the day after his U.S. Amateur victory, he had a corporate jet standing by to take him to Milwaukee. Suffice it to say, he was right.

2. In Milwaukee, Woods paid for dinner one night with a gift certificate he had received upon his arrival. A day later, when Woods and his instructor Butch Harmon were driving to Brown Deer Park Golf Course in the Milwaukee suburb of Glendale, Wis., Butch asked him whether he had his chequebook, so he could pay the $100 entry fee. “Butch, I don’t have $100,” he said, despite having already signed a $40 million contract with Nike. Harmon floated him a loan. Later, Woods said, “I haven’t seen a penny yet. I haven’t seen any check in the mail yet. I’m still broke.”

3. Nike sent Woods several bags stuffed with shirts and pants. At his locker at Brown Deer Park, he found four new Titleist golf gloves and three dozen Titleist Tour balata balls. He was giddy. “He was like a 10-year-old dropped into the middle of Toys ‘R’ Us,” Harmon said. 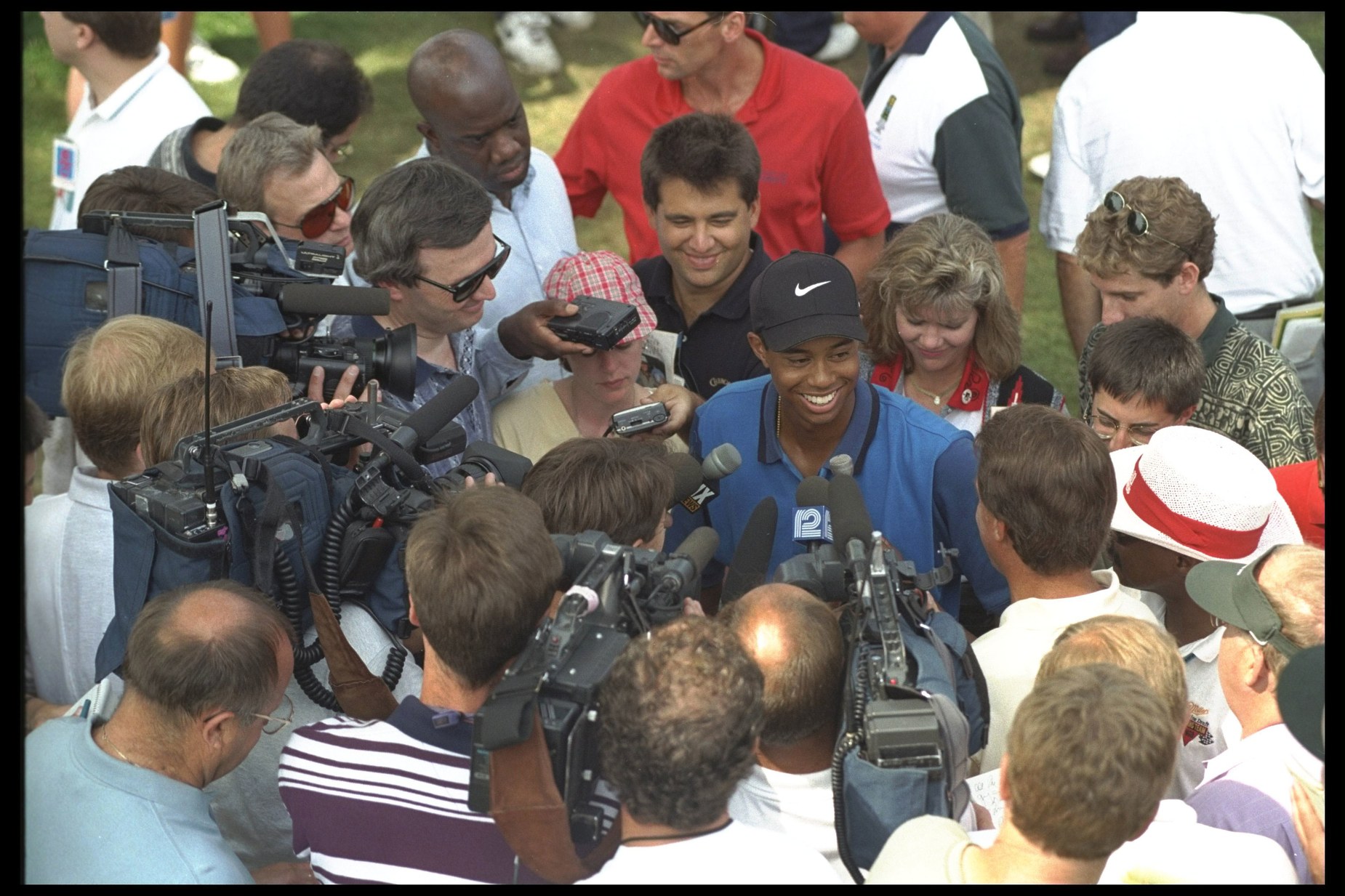 J.D. Cuban/Allsport
Tiger answers questions from the media after his third round at Brown Deer Park.

4. Woods’ management company, IMG, initially planned for Tiger to announce he was turning pro at Niketown in Chicago. That idea was scrapped. Instead, he released a statement on that Tuesday (Aug. 27) that he was turning pro, then held his “Hello World” news conference on Wednesday (Aug. 28). Among the media outlets on hand were People and Newsweek magazines and the television show “Extra,” a strong indication that a new higher-profile era in golf had begun.

5. The Woods family—Tiger, father Earl and mother Kultida—was sporting 27 Nike swooshes on all the clothing and shoes they wore at the Wednesday press conference, though Kultida vowed not to give up the Reeboks that she had been wearing the week before. “They pay Tiger, they don’t pay me,” she said.

6. Woods immediately created controversy in a Nike ad that quoted him in part saying, “There are still golf courses in the United States that I cannot play because of the color of my skin.” A Washington Post columnist, James K. Glassman, phoned Nike to ask for a list of those courses. There was none. Woods’ father Earl admitted that the ad “missed Tiger’s personality to a degree,” and attributed it to Nike having not yet had time to get to know him.

7. On the first tee of Tiger’s first round as a professional, the starter announced, “From Orlando, Fla., making his professional debut, Tiger Woods.” From Orlando? The last time Woods had been in Florida was two years earlier, when he won his first U.S. Amateur at the TPC Sawgrass. “No, I don’t have a house there yet,” he admitted later. “I’m trying to get out of California state income taxes. I’ve always wanted to live in Florida.” 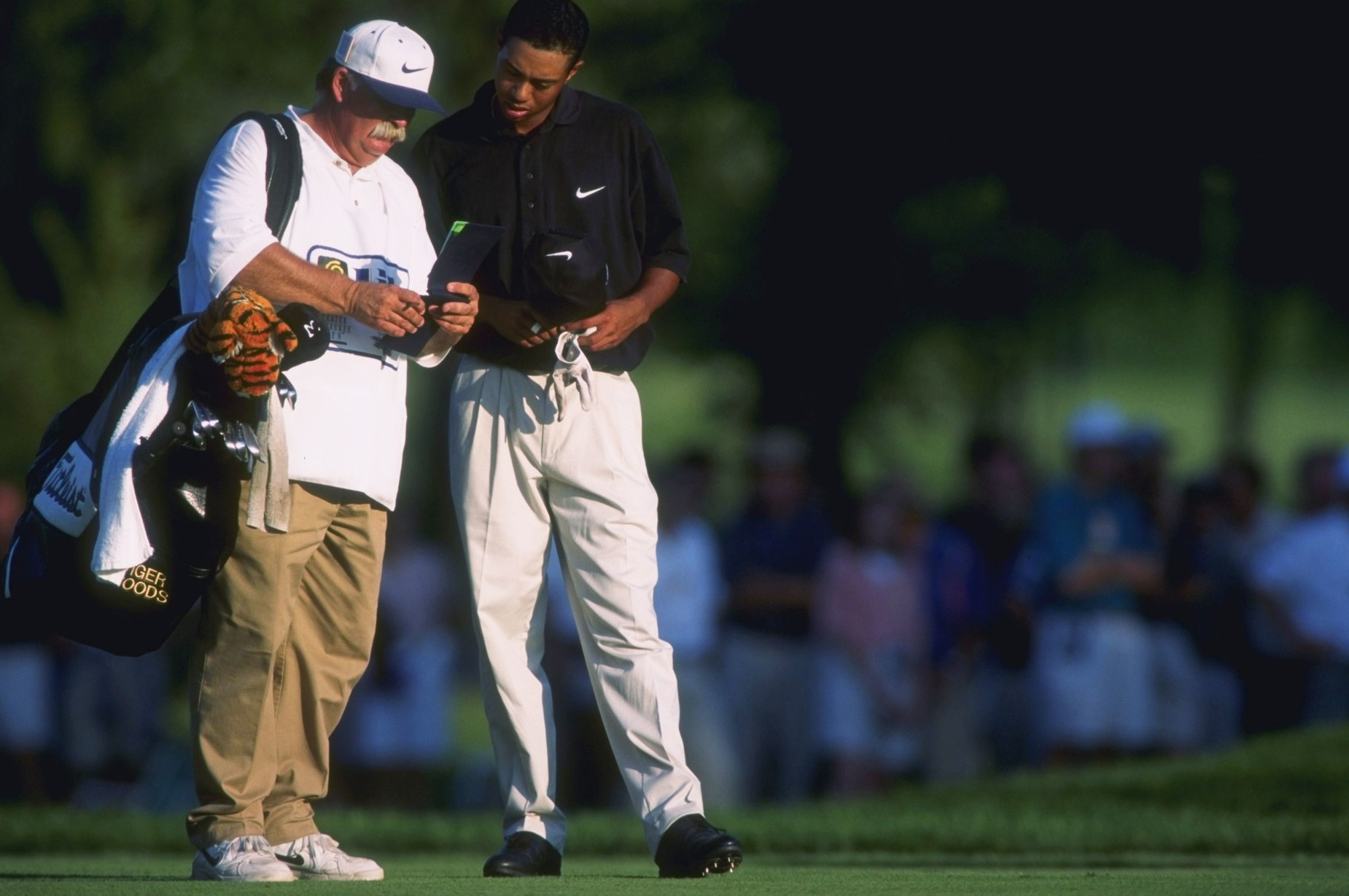 8. Woods’ first professional shot was a potent harbinger, 336 yards down the right side of the fairway. On the par-5 sixth hole, he hit a 300-yard tee shot, followed by a 5-iron 226 yards to within 12 feet of the hole. “Pretty good, isn’t he?” playing partner John Elliott said to the gallery.

9. Tiger opened with respectable scores of 67-69, which still left him trailing by eight. “I’ll bet he wasn’t too happy a camper when he saw 14 under was leading,” tour player Kelly Gibson said. “Welcome to the real world of golf.” Tiger, as it were, would conquer “the real world of golf” in very short order.

10. A fatigued Woods was never in contention, yet on Sunday, he still found a way bring the focus back on him, as he was wont to do. On the 202-yard, par-3 14th hole in the final round, Woods made a hole-in-one using a 6-iron. Woods earned $2,544 for finishing tied for 60th, a sum of money he appreciated more than than the $43 million in contracts he had signed. “That’s my money,” he said. “I earned this.”