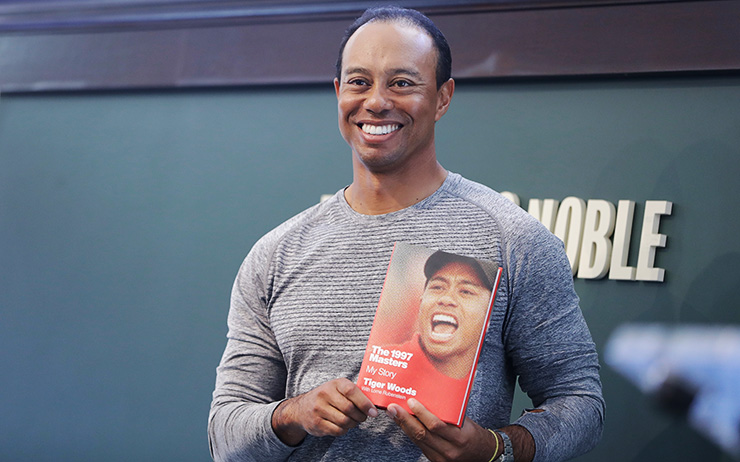 While golf fans wait to see if Tiger Woods will play in next week’s Masters, one of golf’s most astute analysts thinks it could happen. During an NBC/Golf Channel teleconference with reporters on Tuesday, Brandel Chamblee was asked if he thinks there’s any chance Woods shows up at Augusta National.

“I do. I do. If you can believe anything that you read on social media, I know that his coach has been down there and they have been hitting a lot of golf balls down in Palm Beach,” Chamblee said. “So the way I understand it, he’s been practicing quite diligently. So it wouldn’t surprise me if Tiger showed up at Augusta National.”

But where is Chamblee getting the “practicing quite diligently” information? Just from social media reports or does he have inside info, say, from a certain fellow Golf Channel analyst who also happens to be Tiger’s buddy? Either way, with the Masters starting in eight days, we should get an answer from the 14-time major champion soon.

Woods hasn’t played since pulling out of the Dubai Desert Classic before his second round on Feb. 3 with back spasms. He sat out the entire 2015-2016 PGA Tour season after undergoing two off-season back surgeries, but he returned to play in the Hero World Challenge in December and played in the Farmers Insurance Open at the end of January, missing the cut.

Earlier this month, Golf World reported Woods’ chances of playing in the year’s first major were doubtful. But Woods’ agent, Mark Steinberg, refuted that report, and Woods didn’t rule out playing in his recent appearance on Good Morning America, saying he “hopes” to play and that he’s “trying everything” to make it happen.

Westgate Las Vegas Superbook still lists Woods at 100/1 to win the tournament. It sounds like Brandel Chamblee thinks his odds of simply playing, though, are a lot better. – Alex Myers