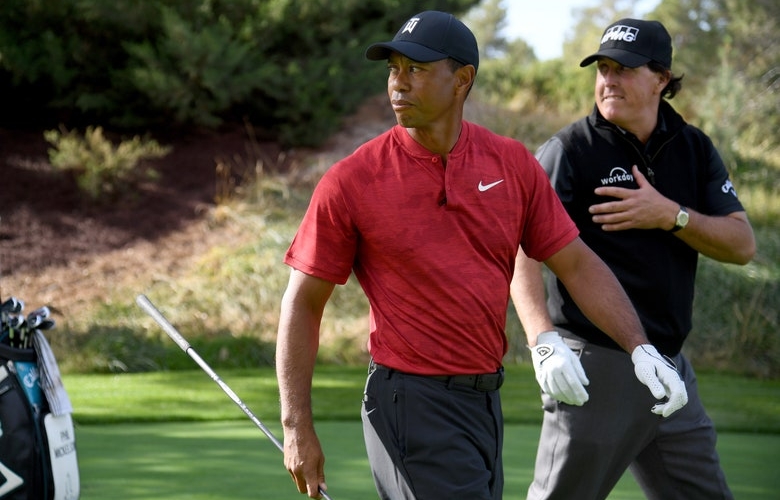 By Joel Beall
The sequel is now set.

Tiger Woods and Phil Mickelson announced they were reviving their made-for-TV exhibition for charity last month, adding NFL greats Tom Brady and Peyton Manning to the event, but the initial release was light on details, as tournament organisers remained engaged in negotiations. On Thursday, fans were given a full offering of what to expect from The Match: Champions for Charity.

The competition will be held on Sunday, May 24, starting at 3 p.m. ET. Turner Sports is running the event and will simulcast it on TNT, TBS, truTV and HLN. Medalist Golf Club in Hobe Sound, Fla. will serve as the venue, a course dozens of PGA Tour players call home, including Woods.

Woods and Manning are teaming up against Mickelson and Brady, playing best ball on the front and a modified alternate-shot format on the back. As part of the competitive play, there will also be a set of on-course challenges to raise additional charitable funds.

According to a statement, WarnerMedia and the golfers will collectively make a charitable donation of $10 million to benefit COVID-19 relief. As part of the fundraising efforts, the competition will also include a partnership with the ALL IN Challenge, along with additional on-course competitive challenges for charity.

“The COVID-19 pandemic has caused unimaginable tragedy and heartbreak,” said Jeff Zucker, chairman of WarnerMedia News and Sports. “We’re hopeful this event and platform will help raise meaningful funding for COVID-19 relief, while also providing a source of brief distraction and entertainment for all sports fans.”

Mickelson defeated Woods in the previous match in 2018, knocking off the 15-time major winner in a four-hole playoff.