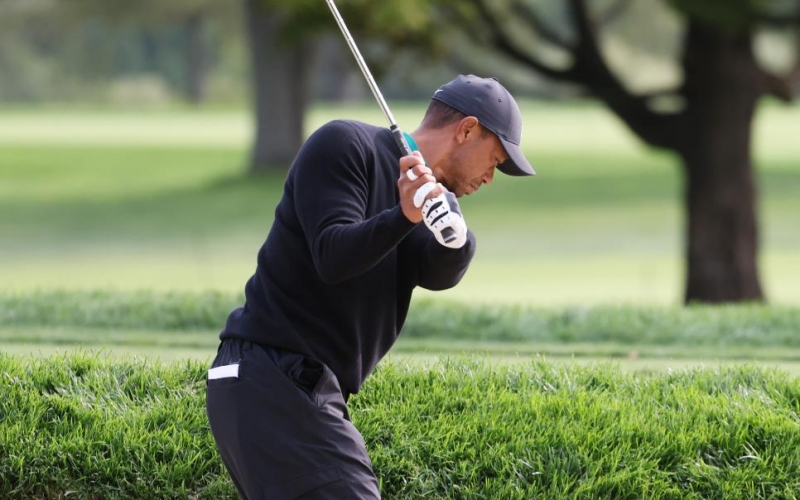 Jamie Squire
Tiger Woods plays from a bunker during a practice round prior to the 120th U.S. Open Championship.

By Daniel Rapaport
MAMARONECK, N.Y. — Golf courses can’t talk, but if they could, not many of them would be able to say they’ve gotten the best of Tiger Woods.

Winged Foot is one of them.

Woods has played two tournaments at this beastly A.W. Tillinghast design, which has tormented the world’s best players since its opening 99 years ago. The first was in the 1997 PGA Championship, his first year as a professional. He tied for 29th and wouldn’t post a finish worse than that in a major for another six years. The second was the 2006 U.S. Open, his first tournament after the death of his father. He shot 12 over for two days to miss the cut by three, his first time missing the weekend at a major as a pro.

So, as far as positive memories go, Woods isn’t working with much ahead of this week’s U.S. Open.

“I think it’s right up there next to Oakmont and Carnousite as far as just sheer difficulty, without even doing anything to it,” said Woods, who will start his 22nd U.S. Open on Thursday alongside Justin Thomas and Collin Morikawa on the first tee at 8:07 a.m. local time. “I think those three golf courses, they can host major championships without ever doing anything to them.”

The USGA, of course, did do things to this course. And none of them made it easier. The fairways are pinched and the rough is brutal. The consensus on the ground is that the winning total this week will be somewhere close to Geoff Ogilvy’s five-over 285 from 14 years ago.

For Woods to have a chance come Sunday afternoon, he’s going to need to play his best golf in almost a full year. It’s now been close to 11 months since his last victory, a virtuoso performance at the Zozo Championship in Japan. Woods’ next start was a T-4 at his Hero World Challenge in December. He then flew to Australia and looked like not just the best player on either team at the Presidents Cup, but maybe the best player in the world. After a T-9 to open the year at the Farmers Insurance Open, expectations were sky-high for 2020.

It hasn’t gone to plan. Seemingly nothing has, for anyone, this year. Woods finished last among players who made the cut at the Genesis Invitational at Riviera, then saw his back act up again, forcing him to miss a number of key tournaments including the Players Championship. Then came COVID. The tour took a three-month break and Woods waited an additional two before making his return at the Memorial, where he tied for 40th. 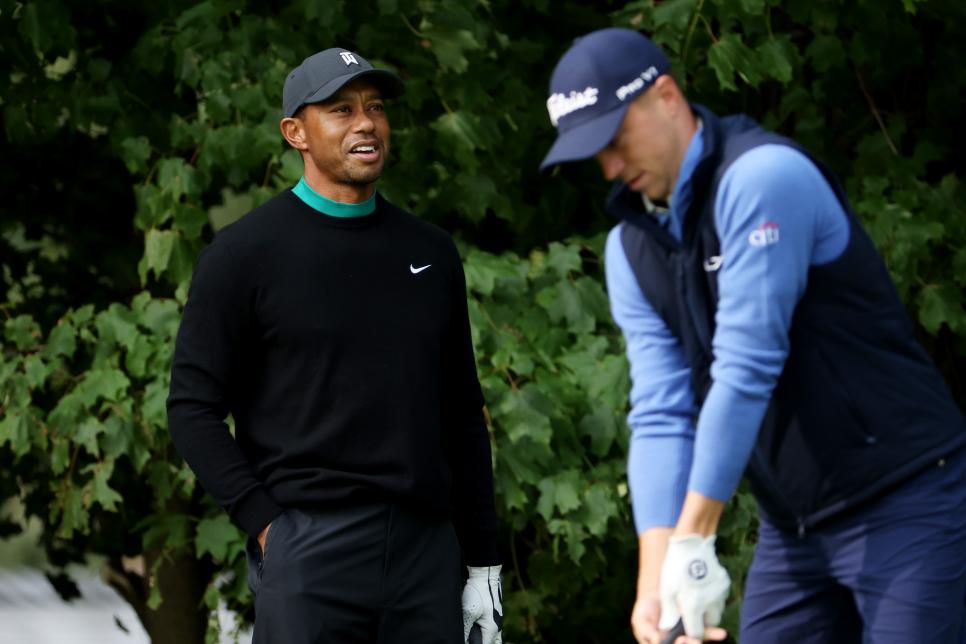 Tiger Woods and Justin Thomas played a practice round together on Tuesday at Winged Foot. They will be paired, along with Collin Morikawa, for thre first two rounds of the U.S. Open.

It’s been more of the same in his three starts since—a T-37 at the PGA Championship, a T-58 at the Northern Trust and a T-51 at the BMW. The struggles have mostly been with the putter. Woods didn’t play enough rounds to register official stats for the truncated season, but if he did, he’d have finished around 184th in strokes-gained putting for the year. This, from arguably the greatest putter to ever play the game.

It’s why he’s been tinkering with his flatstick—Woods went with a different one altogether at the PGA before switching back to the “Ol’ Faithful” Scotty Cameron for the FedEx Cup playoff double. It didn’t cooperate, so this week he’s going with a different grip: an older Lamkin model with chord. It’s a little thicker than the Ping he’s gone with for most of his career, and he used a similar one while at Stanford.

“This year I really haven’t putted as well as I wanted to, and the times I did make a few swing mistakes, I missed it in the wrong spots,” Woods said. “Consequently, I just didn’t have the right looks at it. I’ve compounded mistakes here and there that ended up not making me able to make pars or a birdie run. And, consequently, I haven’t put myself in contention to win these events.”

Woods has three U.S. Open titles but has struggled of late, missing the cut in back-to-back appearances before a T-21 at Pebble Beach last year. They’re typically the most unforgiving setups of the year, and Woods has struggled to keep the ball in the fairway.