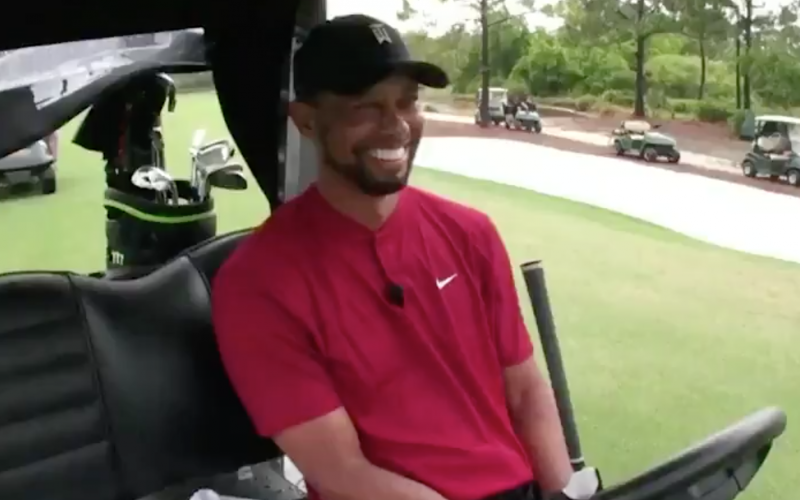 By Alex Myers
Phil Mickelson is widely regarded as one of the PGA Tour’s top trash talkers thanks to a quick wit and a Hall-of-Fame resume. Of course, the latter means a little less when he’s playing with Tiger Woods.

As both golf legends have said numerous times in the past couple years, all Tiger has to do is say “Big picture”—a reference to his three times as many majors and nearly twice as many PGA Tour wins—to get a leg up on Mr. Calves. But during The Match Part II, Woods was able to focus on one major in particular to deliver the dagger of the day.

After Mickelson asked Woods to mark his golf ball before hitting his approach shot on the fifth hole, Tiger gave the perfect response:

In case you don’t get the joke or are just in a Memorial Day Weekend haze, Woods was referring to the fact that Mickelson has never won a U.S. Open, finishing runner-up a record six times. Meanwhile, Woods has won the tournament three times. Again, “Big Picture.”

Anyway, here was the exchange that even had Charles Barkley howling in the booth:

Phil’s never won a US Open, so Tiger offered to let him borrow some of his hardware 😂

To Phil’s credit, he took it well. At least, until he cries himself to sleep tonight.