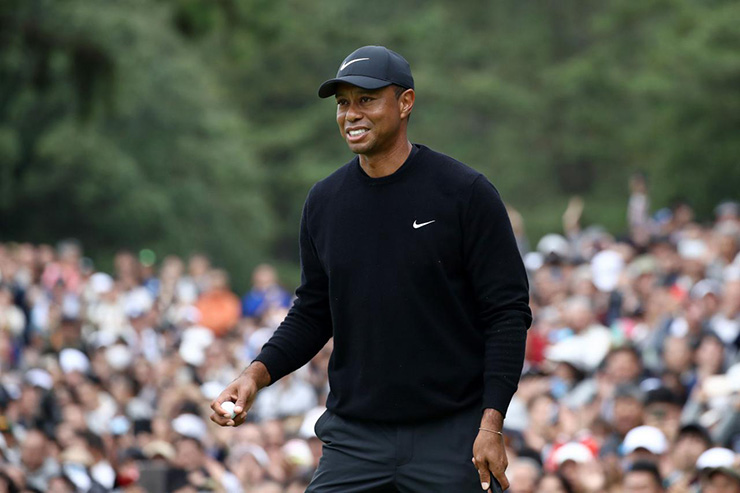 By Ryan Herrington
Tiger Woods will not be sneaking in one last PGA Tour start ahead of the upcoming Masters.

Woods’ agent, Mark Steinberg, told Golf Digest that the 15-time major winner has decided against playing in next week’s Vivint Houston Open. Instead, he’ll remain at home to get in his last-minute preparation before defending his title at Augusta National, Nov. 12-15.

Woods rarely plays in a tournament the week before a major championship and has never done so prior to the Masters since turning professional. Yet he raised the possibility last week while playing in the Zozo Championship, saying he was considering adding the event to his schedule.

“I’ll make the decision soon,” Woods said on Sunday after the final round of the Zozo. “I’m not going to wait around on that decision and commit either way, one way or the other. … I’ll make a decision quickly on whether or not I’m going to play Houston or not.”

Steinberg told Golf Digest’s Daniel Rapaport via phone on Tuesday: “There was some speculation whether Tiger would play Houston based on what he said at Sherwood, but he has decided to prepare for the Masters at home.”

Woods is coming off a disappointing T-72 finish at the Zozo in a field of 78 players, a second-round 66 at Sherwood Country Club surrounded by scores of 76-71-74. It mirrored some of his inconsistent play throughout 2020.

Woods’ best finish in eight PGA Tour starts during the calendar year has been a T-9 at the Farmers Insurance Open in January. In six starts since the tour resumed play after the COVID-19 hiatus, he finished no better than T-37 (PGA Championship).

Of course, you can never count out Tiger Woods at Augusta National, where he claimed his fifth title in dramatic fashion back in April 2019. Will there be more magic when the 2020 edition is played for the first time in the fall and without fans? It’s just one of the things that will make the upcoming Masters so intriguing.