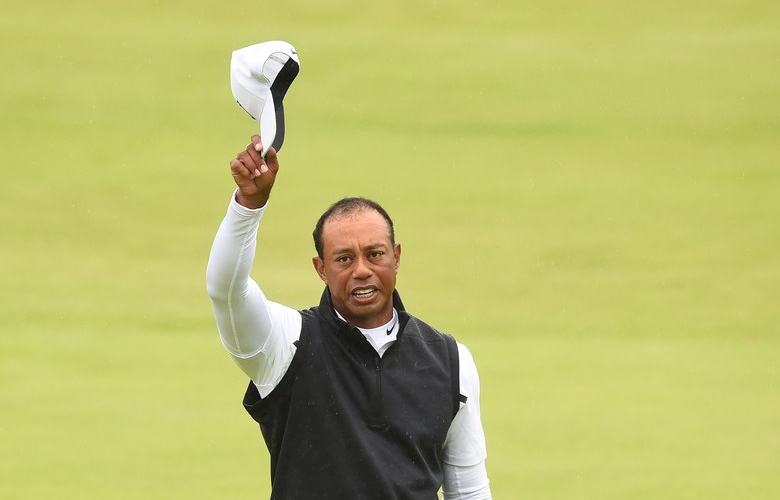 Woods waves to the crowd as he leaves the 18th hole after the second round of the Open golf Championships at Royal Portrush golf club in Northern Ireland on July 19, 2019. (Photo by ANDY BUCHANAN / AFP)

By John Strege
Tiger Woods has committed to playing in the first FedEx Cup playoff event, The Northern Trust, at Liberty National Golf Club in Jersey City, N.J., next week.

Woods, 43, last played at the British Open and hinted that he might skip the first of three playoff tournaments. At the Open, he had rounds of 70 and 78 and missed the cut.

Since his victory in the Masters in April, Woods has played just four tournaments and missed the cut in two of them. He noted at The Open that he deliberately is playing fewer events in an effort to extend his career after his spinal fusion surgery in 2017.

Woods, who is one victory short of tying Sam Snead’s record of 82 career PGA Tour wins, is 27th on the FedEx Cup points list. He is a two-time winner of the FedEx Cup.