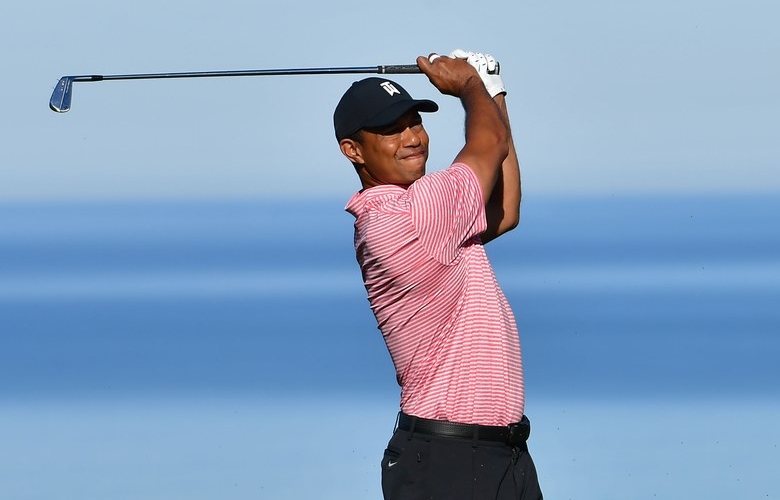 By Daniel Rapaport
Tiger Woods announced on Thursday that he will play his first event of 2020 at the Farmers Insurance Open, which begins Jan. 23 at Torrey Pines in San Diego. He also confirmed on Twitter that he will tee it up at the Genesis Invitational at Riviera, an event run by his TGR Live venture.

Excited for this season to begin @FarmersInsOpen and @TGRLiveEvents’ @thegenesisinv, our first year as an invitational. See you soon west coast.https://t.co/BgwZz9Bc7j

“See you soon west coast,” Woods said in the tweet.

This is hardly surprising news given Woods’ decorated history at Torrey Pines. Woods has won there eight times as a professional—seven Farmers victories and the iconic 2008 U.S. Open—and started both his 2018 and 2019 campaigns there, finishing T-23 in ‘18 and T-20 in ‘19. The event will mark his first official start since winning the Zozo Championship in October and presents a chance to win his 83rd PGA Tour event, which would break his tie with Sam Snead for the all-time record.

It will also be the first time Woods tees it up since a commanding performance at the Presidents Cup, where he went 3-0 as player-captain to the lead the United States to a comeback 16-14 victory.

Woods will take a week off in between the two Southern California events, then head to Riviera—where he has never won in 13 starts—to host the Genesis, which has been elevated to an invitational since last year’s event. The tournament will now have a smaller 120-man field and an increased purse, and a win now bestows a three-year Tour exemption rather than the standard two-year blessing.

Woods was expected to play in these two events, but the remainder of his pre-Masters schedule remains a mystery. He has not decided whether he’ll play in the WGC-Mexico Championship, which falls the week after Riviera, nor has he clarified his plans for the Florida Swing. Last year, Woods played in the WGC-Mexico and was scheduled to play in the Arnold Palmer Invitational but pulled out with a neck strain. He finished his pre-Masters prep with the Players Championship and the WGC-Match Play.

There is still a possibility that he could play in the Honda Classic, which is a home game of sorts given its South Florida location, but doing so would likely result in a shuffling of last year’s schedule to avoid playing too many weeks in a row. The Honda falls directly after the Mexico event and before the API-Players back-to-back stretch.