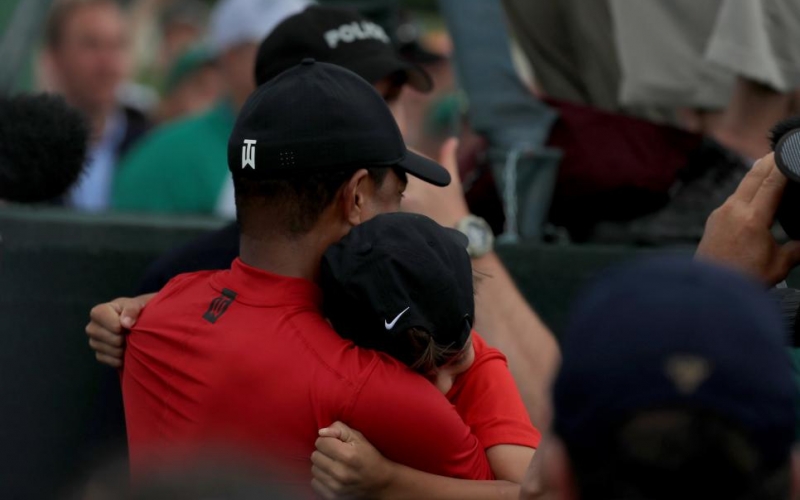 By Daniel Rapaport
AUGUSTA, Ga. — Every single thing Tiger Woods says or does is dissected with surgical fastidiousness. Such is the reality for a true icon of sport. And there is a general consensus that Woods has softened over the years in his interactions with fellow players and media. Gone is the single-minded competitor determined not just to beat you, but to crush your spirit in the process.

If you need any evidence to back up this claim, look no further than the 44-year-old’s press conference before he begins his Masters defence on Thursday.

Woods choked up—in public!—after a question about his remarkable victory from a year ago, the comeback to complete the comeback.

“I walked off the back of the green to see Charlie there,” Woods said. “Just opened our arms. It meant a lot to me and still does. It just reminded me so much of me and my dad, and to come full circle like that—you know, a little teary.”

He spoke honestly about how special the last 19 months have been, because he knows he may never have the opportunity to take the green jacket off the property again, a privilege afforded only to the reigning Masters champion.

He offered measured thoughts on Tuesday’s announcement that Lee Elder, who broke the colour barrier by becoming the first black man to play in the Masters, would serve as an honorary starter in 2021.

And like a father recalling glories of decades past, he told story after story from his 25 years of coming to the Masters. Only his stories are a lot cooler—watching Gene Sarazen and Sam Snead drink milkshakes; putting the ball off the first green in his first-ever Masters; being recruited by Arnold Palmer and Jack Nicklaus to blow off his later tee time and play the Par 3 Contest alongside the two legends.

But when he was asked whether he’s passed the point of being able to challenge here year after year, the answer was firm: 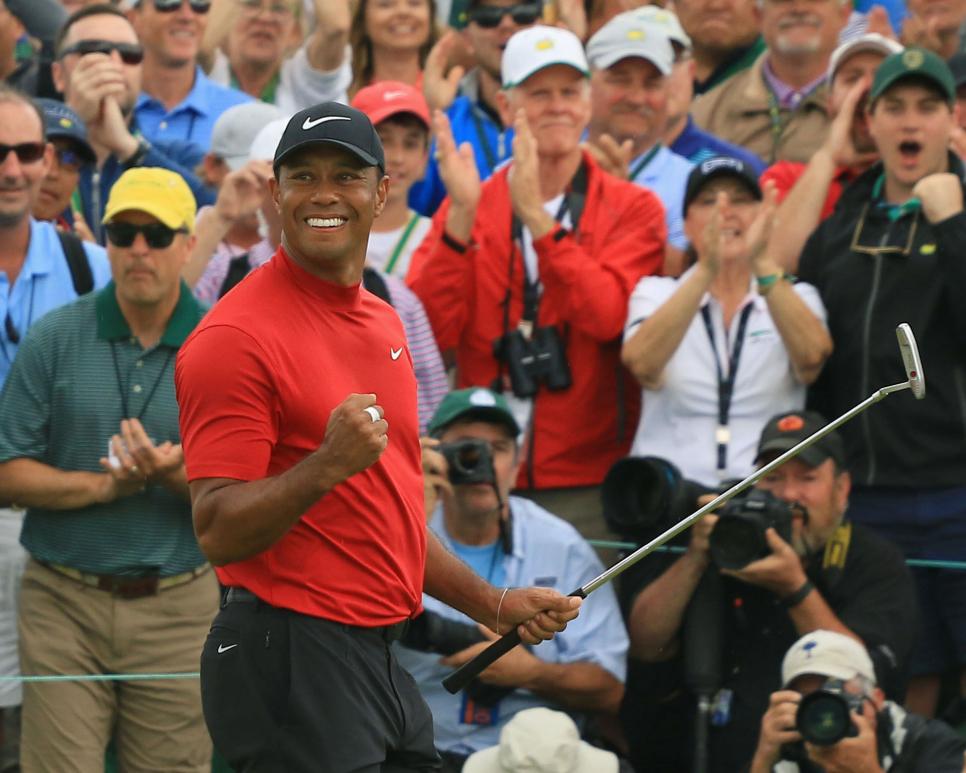 A ceremonial golfer he is not. He has a tournament to play, and his intentions are clear.

Woods will tee off in his 23rd Masters on Thursday by doing something he’s never done before: starting the tournament on the 10th tee. He, Shane Lowry and 2019 U.S. Amateur champion Andy Ogletree will begin at 7:55 a.m. off the back side Monday, another reminder of the unusual nature of this November Masters.

To mount a stout defense, Woods will have to play much better than he has since the tour restarted after a three-month COVID-19 hiatus. It’s that simple, and Woods knows it. In his six starts since mid-July—Woods waited an extra month or so to return to play out of an abundance of caution—he has no finishes better than T-37. He missed the cut in his last major start at the U.S. Open and beat just three players in his last event, the no-cut Zozo Championship. 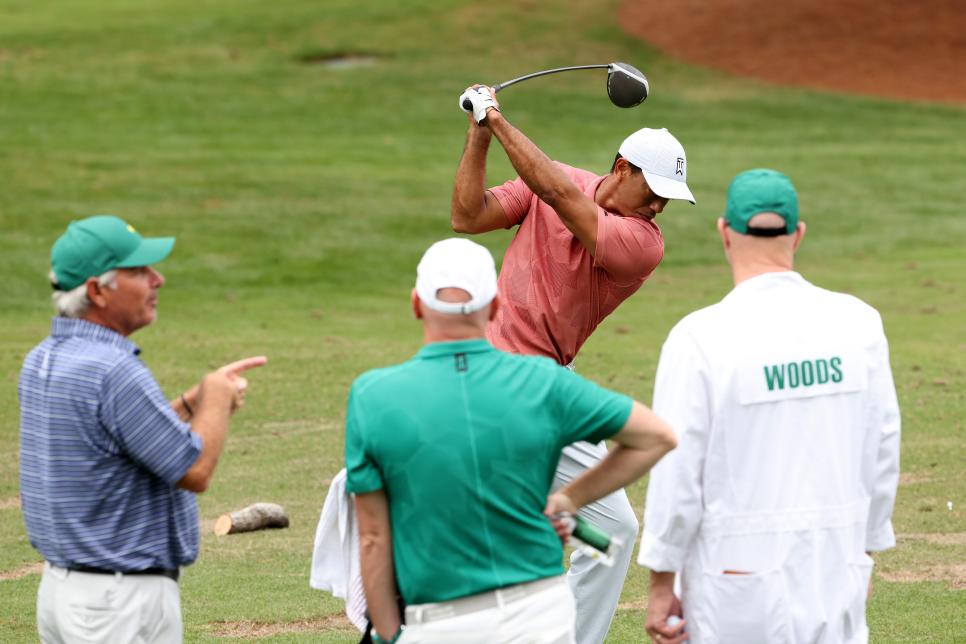 Jamie Squire
With Fred Couples nearby, Tiger Woods hits on the range during a practice round prior to the Masters at Augusta.

The hope, then, is that the combination of last-minute preparation at home and the drive up Magnolia Lane will jolt his game into gear. There’s ample reason to believe that’ll happen—Woods says his body actually feels better than it did in the run-up to last year’s Masters, and he seems pleased with his progress on hitting the high draw, a shot he said keyed his victory last year.

There’s also his record at Augusta. Woods has never missed the cut in his 20 Masters as a professional. He has 12 top fives, 14 top 10s and has finished outside the top 25 just twice since 1996.

And yet, this Masters will be unlike any other. In addition to the calendar change, which has resulted in a softer golf course with more Bermuda grass around the greens, the absence of fans promises to be more glaring here than at any tournament played in this post-COVID period.

“They helped me win,” Woods said of the fans. “The support that I had, the energy that was around the property—it was electric that day.

“It’s going to be stark in what we see, our sights into the greens, the energy that you hear from different roars, from different parts of the golf course. You’re on the putting green on 1 and you can hear eagles down on 13. That’s what this tournament is all about, and we’re not going to have that this year.”

To summarize: Woods isn’t getting any younger, and his game has not been in particularly good shape, and there will be no crowd energy to feed off. All the evidence would seem to suggest an outcome markedly different from that remarkable Sunday 19 months ago.

But this is Tiger Woods, and this is Augusta National. Anything is possible.