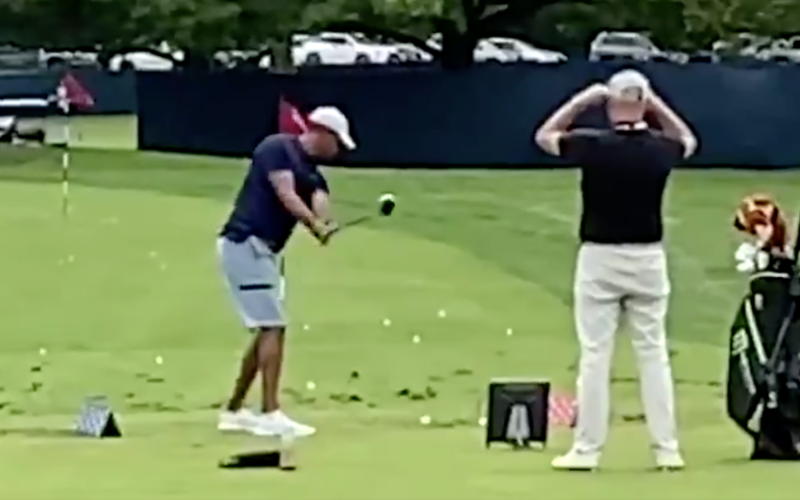 Woods arrived at Winged Foot Golf Club on Sunday afternoon for some light practice and a nine-hole round, playing the back nine a full four days before he’ll tee it up in the year’s second major.

RELATED: Ranking the top 100 players in the field at Winged Foot

Wearing shorts, Woods returned to the iconic Mamaroneck, N.Y., layout to prepare for his first tournament there since the 2006 U.S. Open, where he did something he’d never done in his pro career to that point: missed the cut in a major. (That was also the first tournament start he had made since the death of his father, Earl.) He’s been back much more recently, though—Woods played a full 18 with Justin Thomas three weeks ago, when both players stopped over en route to The Northern Trust in Boston.

.@TigerWoods has arrived at Winged Foot ahead of this week’s U.S. Open. 👀 pic.twitter.com/OXESdktNgU

Woods will be making just his seventh start of 2020 but his fourth in the past seven weeks. The 15-time major champion finished T-37 at last month’s PGA Championship, then took one week off before playing back-to-back weeks at The Northern Trust and BMW. His season ended one stop short of the Tour Championship for a second straight year after his T-51 finish at the BMW saw him finish 63rd in the final FedEx Cup standings.