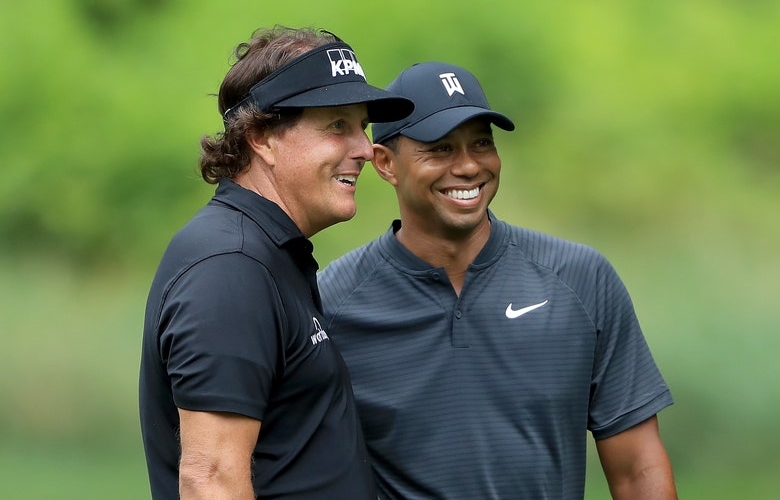 By Joel Beall
Tiger Woods and Phil Mickelson are reviving “The Match.”

A sequel to the 2018 Thanksgiving pay-per-view event, hinted at by Mickelson on Twitter in March, was officially announced on Wednesday by Turner Sports. Woods and Mickelson will be joined by NFL greats Tom Brady and Peyton Manning for the exhibition. The event is titled “The Match: Champions for Charity,” with all donations and fundraising to benefit COVID-19 relief.

According to a Turner Sports press release, the competition will air live on TNT. It is planned for late May, with details on the specific date, venue and charitable causes to be announced in the coming weeks. One of the reported possible venues is Medalist Golf Club in Hobe Sound, Fla., a course dozens of PGA Tour players call home, including Woods.

To play in the event, both Woods and Mickelson will need to obtain a release form from the PGA Tour, as it’s a non-sanctioned event. In its statement, Turner said tournament organisers are currently working with state and local government and public health officials on competition and production logistics to ensure the event follows safety and health protocols.

The previous iteration of the Match at Shadow Creek was met with mixed reviews. Fans were locked out of their pay-per-view purchases, and others got to watch it for free. Neither Woods and Mickelson played their best golf, and the ending—a 93-yard chip-off—was viewed as anti-climatic.

However, it offered its share of drama, highlighted by Woods holing out for birdie on the 17th hole, and despite the coverage snafus, managed to capture a massive audience.