Tiger: I’m here to win
and I don’t need a
perfect swing to do it 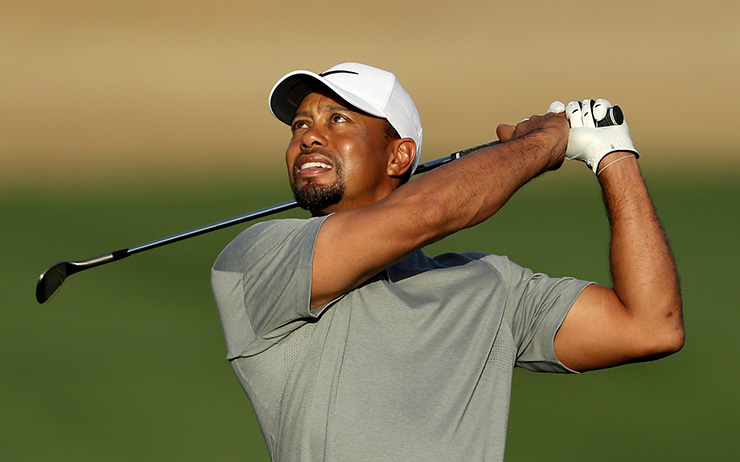 Tiger Woods has his sights set on the first week in April and Augusta National. The rest of us just hope he somehow scrapes into the first weekend of February at Emirates Golf Club.

After a “rusty” start at Torrey Pines last week, the most anticipated comeback in all of sports has reached the Omega Dubai Desert Classic – by commercial airliner no less which Woods (who has flown private jets for the past 10 years) nearly missed due to protesters opposing U.S. President Donald Trump’s recent travel executive order at Los Angeles International.

What won’t be missed is one swing, good or indifferent, on the Majlis as the golfing world scrutinizes the former world No.1s every move for signs of life in the old kitty cat.

Typically, Tiger insists he’s in it to win it in Dubai.

“I just like to put myself in contention as many times as I possibly can to get those wins and this is a good week to start off doing that.”

After shooting 76-72 to miss the cut by four at the Farmers Insurance Open last week, the big question is whether Tiger can corral his TaylorMade driver around the Majis where he has triumphed twice before, in 2006 and 2008.

A bit of winter sun on the now world No.666’s reconstructed back will be welcomed after cool, damp conditions at Torrey Pines meant he was unable to freewheel it like he had in the Bahamas before Christmas in posting 24 birdies in 72 holes.

There were seven bogeys and a double on the PGA Tour last week as Tiger tangled with the thick stuff too often.

The rough here is lush too but it could be that a combination of wind and firm greens are the biggest challenge if he can straighten out his driver. 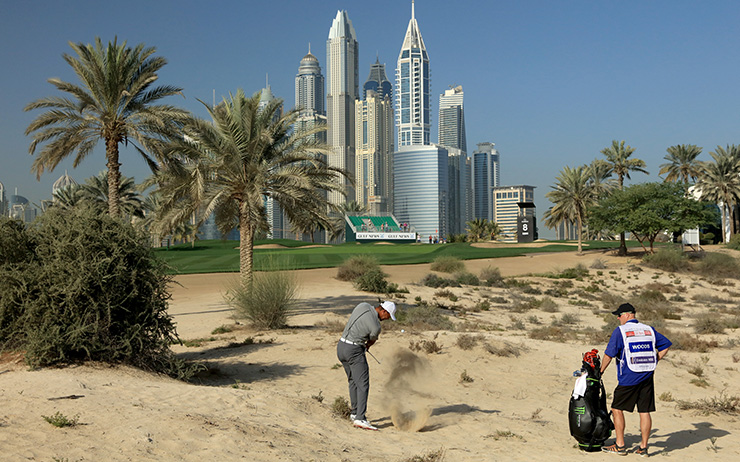 “If we get the winds that we’re supposed to get then these greens are going to get quick, hard and fast and it’s going to be imperative to hit the ball in the fairway because you just can’t spin the ball out of this rough.”

Whatever happens, Woods seems to be at ease with himself, free in the knowledge Tiger 2.0 cannot play like the Tiger of old.

“I’m not going to be hitting balls like some of these guys, 340 out there. I watched Dustin [Johnson] carry a ball last week when it was cold, wet and damp and he carried it 335. Jason [Day] and I just looked at each other going, ‘We don’t have that’.

“So you do it differently. If you look at the list of guys who have shot below 60, you realise Jim Furyk’s on there twice. He averages 270 off the tee, shoots two rounds under 60. So it can be done different ways.

“The simplest thing is I just play away from pain. That’s it. Whether my swing looks classical, rhythmical or it may look unorthodox, I don’t care. As long as I don’t feel that nerve pain.”

Dubai is the second of four tournaments in a five week stretch designed to get Woods ready for the first major of the year. His scores here won’t change that but a weekend of Woods would be a positive next step in the comeback and a great weekend for the Desert Classic and the game in general.