Three style tips you can learn from Justin Thomas, plus one mistake 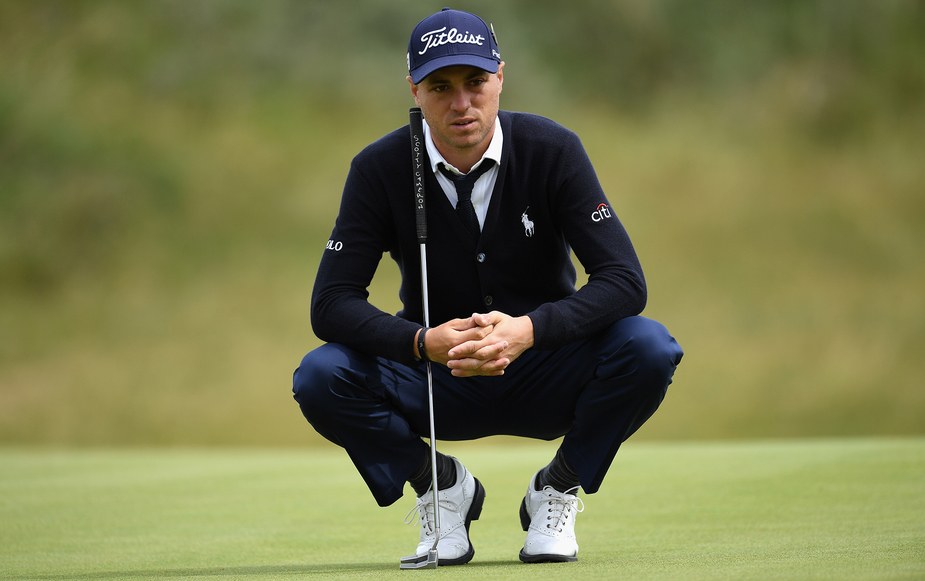 By Ashley Mayo
It’s clear that Justin Thomas cares about what he looks like. He consistently wears bold colours and stylish wingtips, and he occasionally enjoys generating buzz with an entirely out-there outfit (like he did at The Open, with his tie-and-cardigan look). Sure, it helps to look stylish when you can rely on companies like Polo Golf and Footjoy to supply the trendiest items, but whether you have access to those pieces or not, you can learn from Thomas’ go-to style basics, as well as his one glaring mistake. 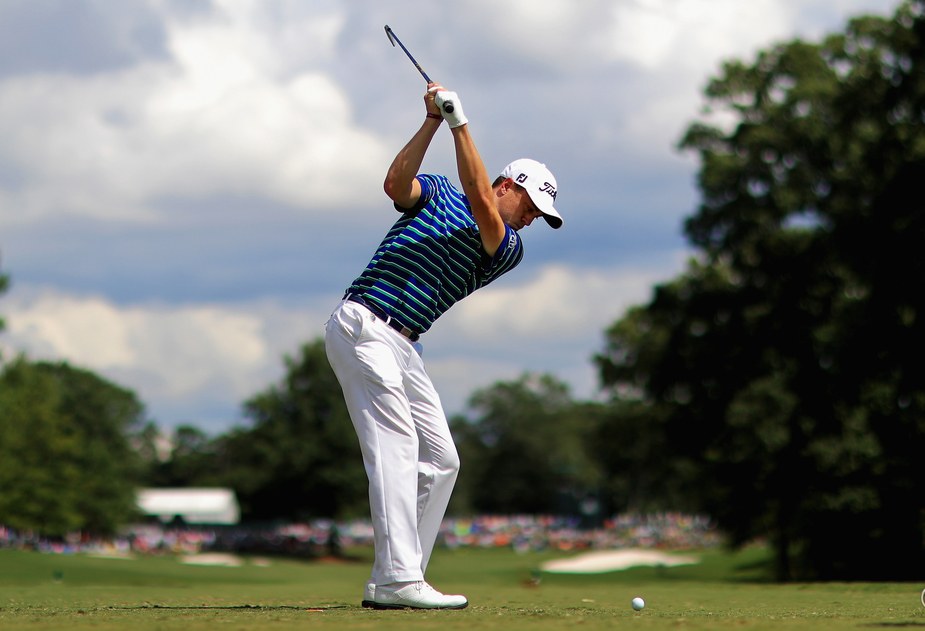 1. When he wears a statement polo with a unique pattern, he pairs it with simple surroundings. In his Saturday look (above), Thomas wore a loud, eye-catching navy-and-green striped performance polo. By pairing that top with a dark-navy belt that seamlessly blended with his polo, white trousers and all-white FootJoy ICON Shield Tip MyJoys ($300), Thomas rightfully made his polo the true focal point of his entire outfit. 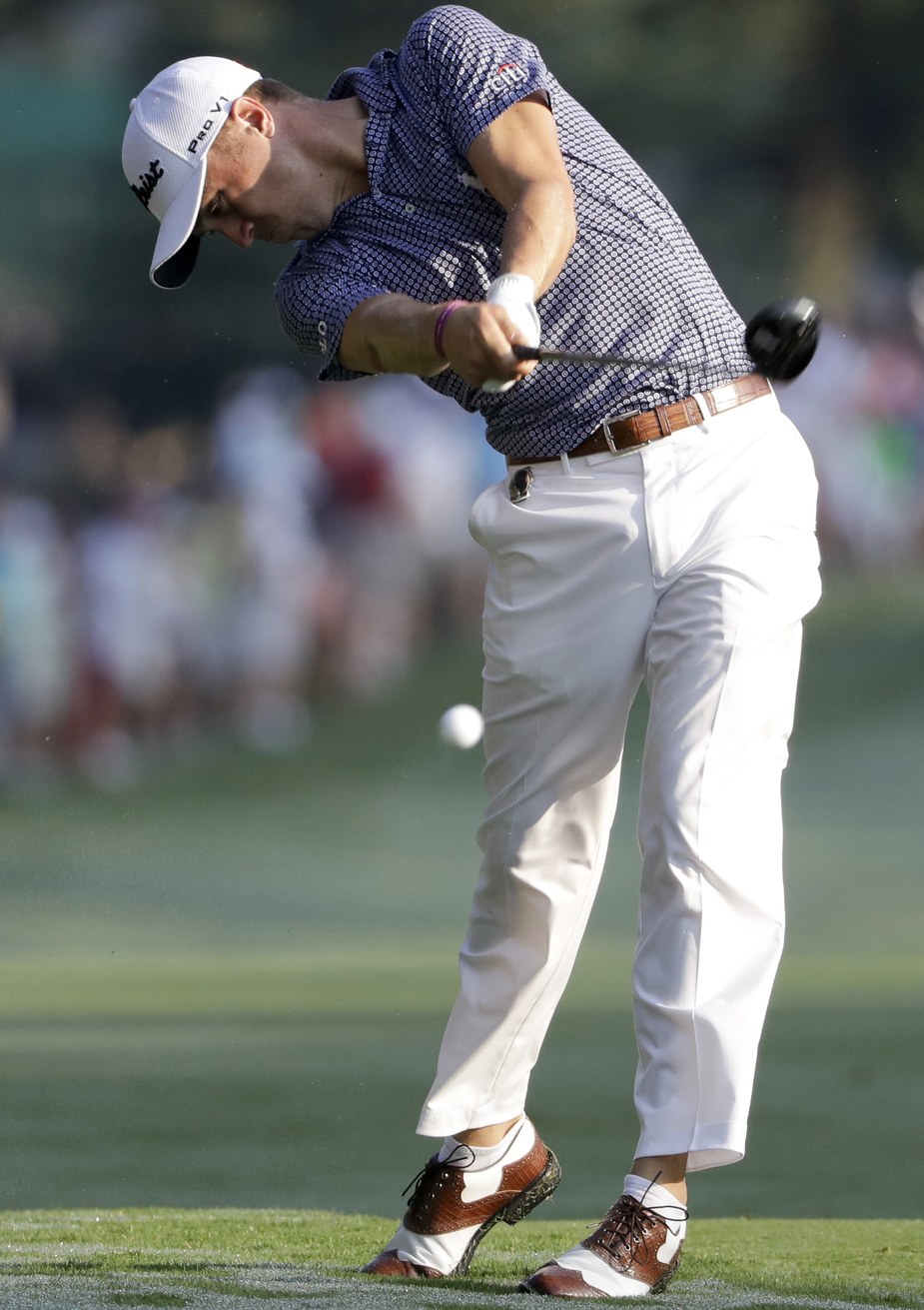 2. His shoes are often a centerpiece. Just take a look at his FootJoy ICON Shield Tip MyJoys. They have a white base, a brown lizard saddle, brown lizard accents and brown laces. These brown hues in his paired perfectly with the delicate navy pattern on his polo, and they added just the right amount of flare to his entire look. 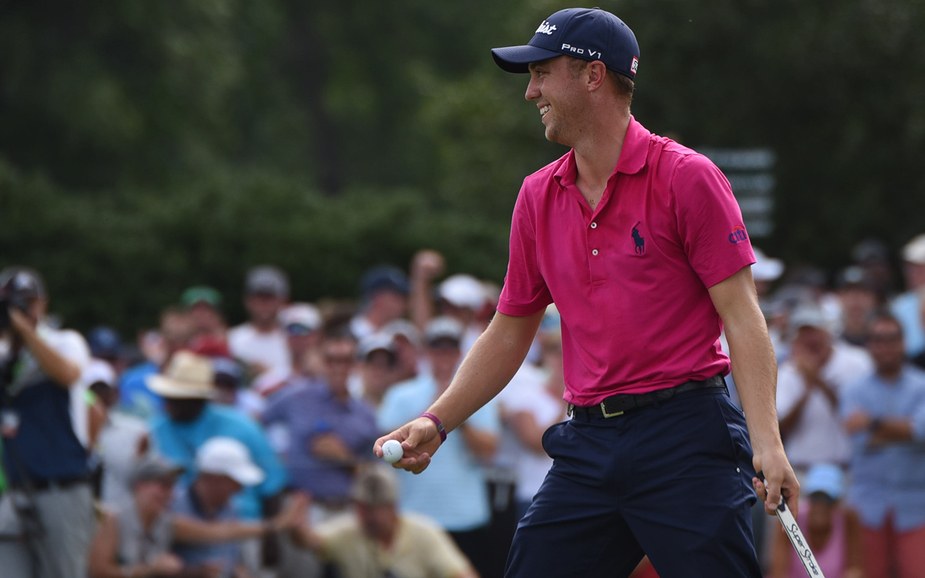 3. He’s not afraid of colour. Thomas’ winning look involved a magenta polo, which most guys would shy away from. But loud colors don’t have to mean flashy. Once again, Thomas made his magenta work because he paired his polo with neutral surroundings. Whites, greys, navys and blacks all qualify as neutrals, and if you rely on a neutral base you can go as nuts as you’d like with the loud colors.

And then, of course, there’s Thomas’ fashion faux pas: He consistently pairs his beautiful wingtip and classic-style shoes with white ankle socks, which significantly detracts from the shoe’s sophistication.

By the way, as FooyJoy pointed out on Instagram, Thomas won the PGA Championship while wearing a shoe that was nearly identical to the now-iconic photo taken during a junior golf tournament in 2007. That proves that classic style simply never gets old.