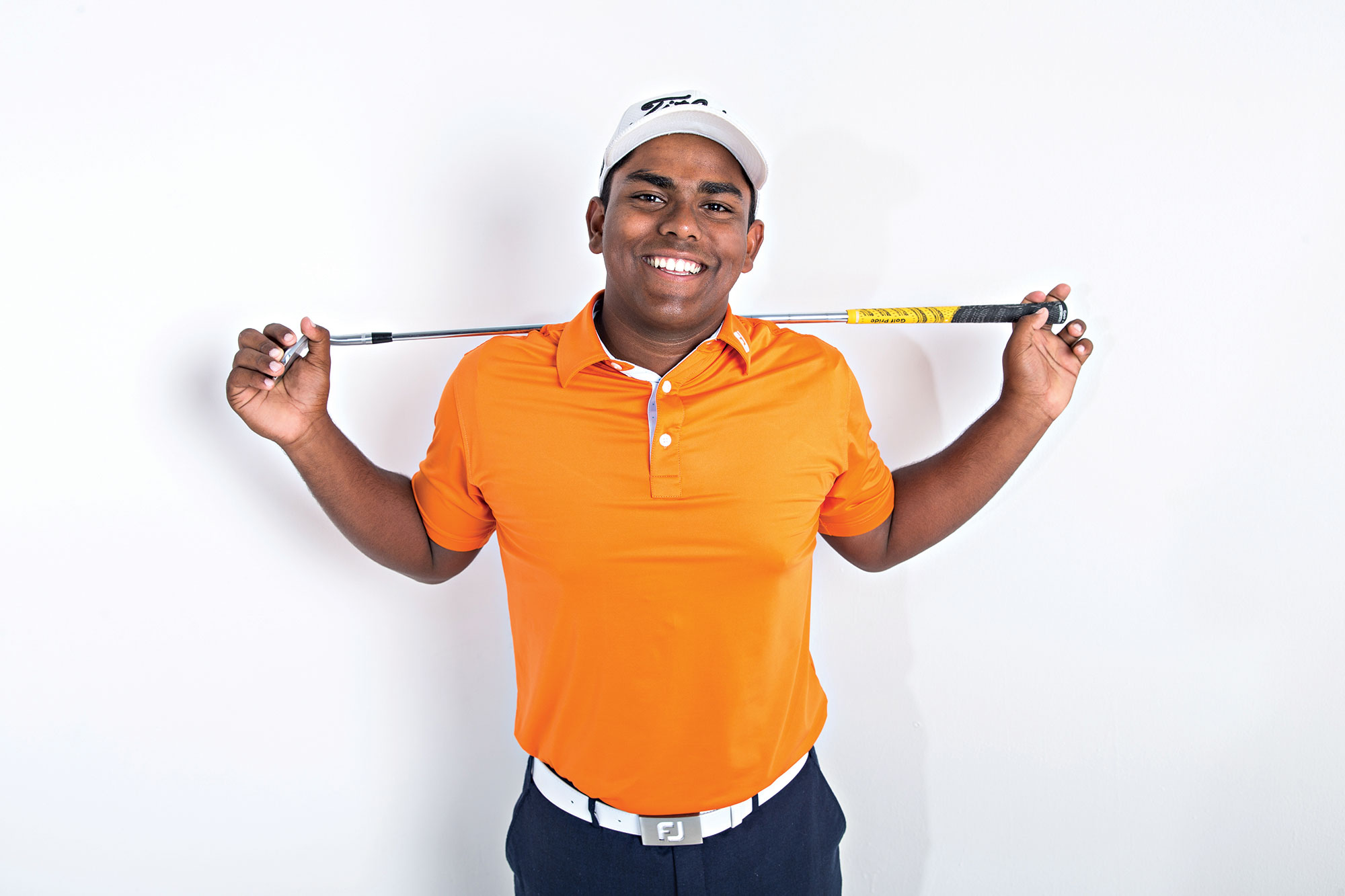 By Kent Gray
Rayhan Thomas hardly needed a booster shot of confidence after his uncharacteristically forgettable performance at the 115th Western Amateur but has received one anyway.

The 17-year-old Dubai-based Indian No.1 has been confirmed as the top qualifier for Trevor Immelman’s International team ahead of the inaugural Junior Presidents Cup at Plainfield Country Club in September.

It’s another coup for the Dubai Creek member who can add the achievement to a golfing C.V. that already includes the Scottish Boys’ title, an historic maiden MENA Tour title (he was the first amateur to win on the developmental circuit at his home Dubai Creek Open last September) and a memorable run to the semifinals of last month’s U.S. Junior Amateur.

All but the one pick that Immelman, the 2008 Masters champion, and his U.S. counterpart and 2001 U.S. PGA champion David Toms get as captains have been determined for the September 25-26 matches in Edison, N.J.  The final member of each team will be announced in conjunction with the Presidents Cup captain’s selections on September 6. The Junior event is held on the eve of the senior Presidents Cup at nearby Liberty National (Sept. 26-Oct 1).

Here is a look at the Jnr qualifiers:

Gary Player and Jack Nicklaus will serve as honourary captains for the International and U.S. Jnr teams respectively, another once-in-lifetime opportunity for the likes of Thomas.

The correspondence schooled teen will use the defence of his Dubai Creek Open (September 11-13) and the Golf Citizen Classic at the Els Club, Dubai the following week to prepare for New Jersey.

And be sure he isn’t letting his premature exit from the 115th Western Amateur dent his confidence.

Thomas dipped into the red early in both rounds of the prestigious stroke play/match play event in Illinois only to card rounds of 71-74 to miss the initial cut by five strokes.

“It was fun at the Western Amateur, I mean it’s a fantastic tournament, one of the best fields in amateur golf and great to be in that atmosphere again,” Thomas told Golf Digest Middle East, once more articulating a maturity beyond his years.

“Yeah, it was a bit of a disappointment, played solid, was three under after the first eight [to be well inside the cut line in the second round], but then fell apart on the next nine. But nevertheless, try to learn something from it, review, get better and move on.

“I’ve got to try to learn something and make sure I don’t make mistakes like this again. At the end of day it’s all about the experience and I really have enjoyed my American trip. I think it has helped my game greatly.

“The Presidents Cup in New Jersey is going to be huge so I will be coming back to the US and I look forward to competing again.”