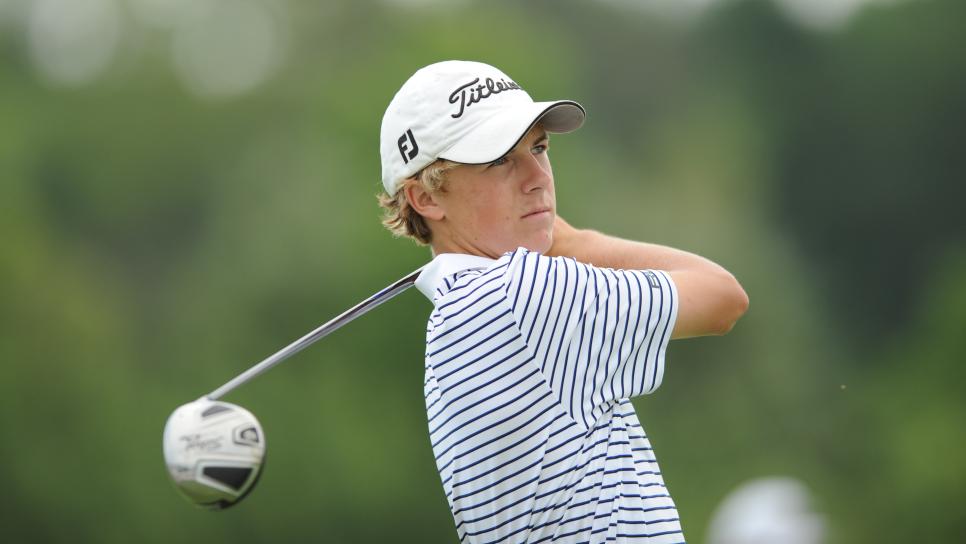 By Christopher Powers
For those of us who have followed his professional career, Jordan Spieth’s Saturday 61 at the Waste Management Phoenix Open felt like old times, old times being 2015-2017. For Will Zalatoris, Spieth’s third-round highwire act felt like really old times.

Zalatoris, 24, is three years Spieth’s junior, but he was good enough at a young age that the two did cross paths a few times in junior golf. As he recalled on Tuesday at the AT&T Pebble Beach Pro-Am, Spieth was untouchable in those days.

“Anytime he played it was kind of like, All right, here we go, what’s he going to win by,” Zalatoris said.

The former Wake Forest standout then told the quintessential Spieth story, one that reminded us of the countless Spieth rounds that have kept us on the edge of our seat in recent years. Spieth, who was 14 at the time, played with an 11-year-old Zalatoris at his home course, and he lit the place on fire. We’ll let Will take it from there.

“We weren’t even old enough to drive carts yet,” Zalatoris said. “And he, I remember playing at my home course at Bent Tree and he flared one way out right off the tee, hits a second shot in the bunker, makes like a 30-footer for par and then he birdies 2, 3, 4, 7, 8, 9 to shoot 29 on the front and shot 63 and shot the course record that had been there for 15 years.

“That’s stuff like that when I think I was probably, I guess I was 11, I’m thinking, good night! I mean, that’s just so … I couldn’t even fathom shooting a score like that at 14.”