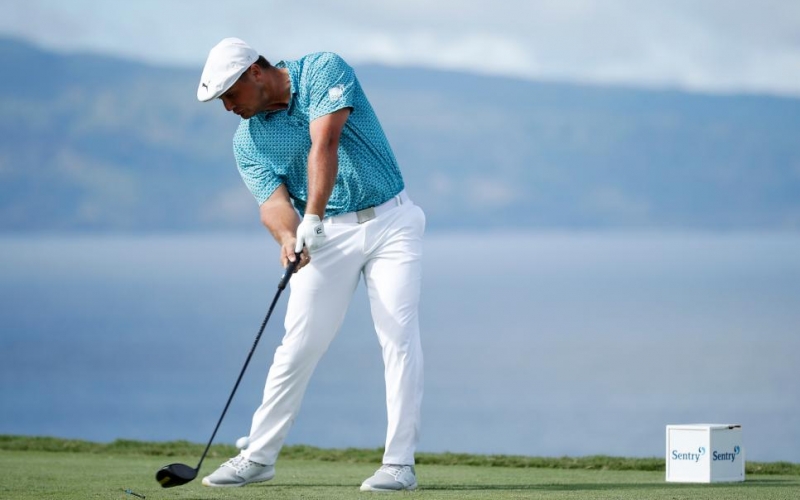 By E. Michael Johnson
Bryson DeChambeau is absolutely smashing the ball this year. Or is he?

Although DeChambeau leads the PGA Tour in driving distance, averaging an eye-popping 322.1 yards off the tee, he ranks dead last—let me repeat, dead last—for the year on tour in smash factor, a stat generated with the ratio of ball speed divided by clubhead speed. In layman’s terms, smash factor is one indicator of just how efficient a player is swinging the golf club or, perhaps, how efficient the club itself is performing.

Any pro or amateur with access to a launch monitor should pay attention to the smash factor number as it can help reveal, when taken in conjunction with actual ball speed, launch angle and spin numbers, which club the golfer is hitting better. In short, if the launch conditions are similar, the driver with the higher smash factor might be a little more efficient for that player at least distance-wise.

A smash factor of 1.50 is considered highly efficient, and 73 players on tour this year currently have achieved that average, led by Camilo Villegas at 1.510. DeChambeau, by comparison, is at 1.437. Further, he is the only player of the 217 measured that has yet to reach a smash factor of 1.50 on any measured drive this year.

Smash factor has its uses in club fitting, but the numbers can be tricky. After all, DeChambeau leads the tour in ball speed (190.94 miles per hour) as well as clubhead speed (132.89 miles per hour—some four miles per hour faster than the No. 2 player) so how inefficient can he be? Fact is, at the higher swing speeds it is nearly impossible to produce an extremely high smash factor since the ball is losing too much energy when it’s compressed by such a fast swing. Additionally, to compensate for his fast swing, DeChambeau’s driver likely boasts a slightly thicker face, which would slow things down a bit.

As for DeChambeau, if he could somehow unlock the ability to even get to the tour average in smash factor, his ball speed—at his current swing speed—would jump to 198.14 miles per hour, an increase of more than seven miles per hour. That would translate into a distance gain of between 10 and 15 yards, bringing his distance average past 330 yards and possibly threatening 340 yards.