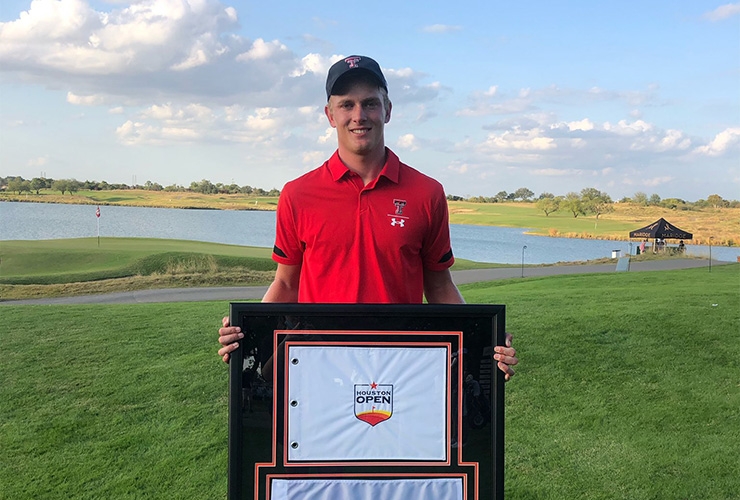 By Alex Myers
There are some incredible Monday qualifying stories nearly every week, but the most unlikely golfer to earn a spot in a PGA Tour event this year may have just happened on a Tuesday. And it came from the college ranks.

Kyle Hogan picked the perfect time to pick up his first NCAA win at the Maridoe Collegiate, claiming also the exemption into next month’s Houston Open that came with first place. But the senior’s big breakthrough seems even more improbable when examing what led to it.

Hogan hadn’t qualified for either of Texas Tech’s first two events of the season. And in this third tournament, he still wasn’t part of the squad’s starting five, but playing as an individual instead.

But after rounds of 74, 68, and 73, Hogan was the only golfer to finish under par at Maridoe Golf Club in Carrollton, Texas. He won after Oklahoma State star Austin Eckroat bogeyed the final hole.

Hogan is currently No. 323 in the World Amateur Golf Ranking and he has never cracked the top 300. And as Golf Channel’s Brentley Romine pointed out, Hogan only beat one player in a field of 264 at the U.S. Amateur just two months ago. But in two weeks (Nov. 5-8), he’ll make his PGA Tour debut at the Vivint Houston Open. Quite a turnaround.

Oklahoma State won the event while Texas Tech only finished eighth out of 12 schools with Hogan’s score not counting toward the team’s score. It’s probably a pretty safe bet that won’t be the case when the Red Raiders play next.