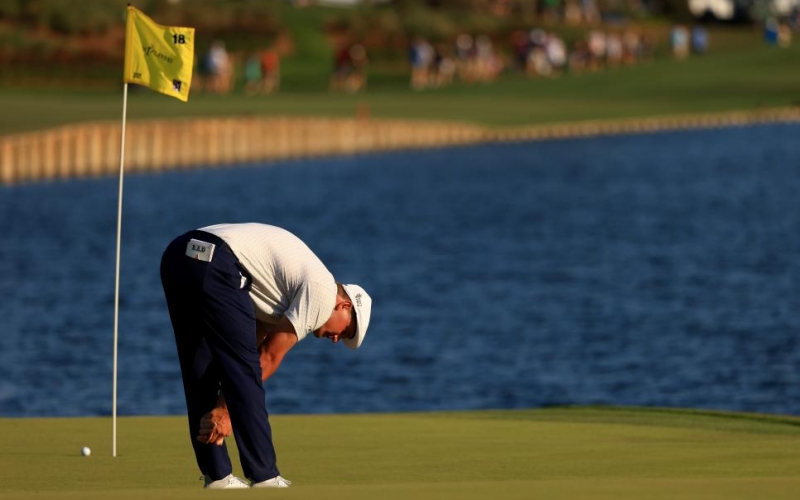 By Alex Myers
With the 2021 Players Championship featuring the richest purse in golf history, it’s no surprise that a lot of money exchanged hands down the stretch at TPC Sawgrass on Sunday. But one putt had to leave one player feeling like he actually got robbed.

For Bryson DeChambeau’s sake, at least his birdie putt on the 72nd hole didn’t cost him the tournament. But it cost him. Oh, did it cost him dearly.

Instead of finishing tied for second with Lee Westwood, who made a similar-length birdie putt moments later, DeChambeau had to settle for tying with Brian Harman for third. Making matters worse, though, is how brutal of a lipout it was. Check it out:

But you can make a case the painful miss was even costlier. After all, had Bryson made his birdie, there’s no guarantee Westwood would have made his to tie for runner-up. In that case, it’s possible the lipout cost him $750,000. Again, ouch. (By the way, Justin Thomas earned $2.7 million for the win. Not ouch.)

Of course, it’s hard to feel too bad for a golfer who has already made more than $5 million in just eight starts this season, and there’s a flip side to the lipout in that Westwood benefited from Bryson’s miss by $300K. And finishing second all by himself earned him $1.635 million, the richest runner-up check ever for a single tournament.

For a 47-year-old who has had close calls on the PGA Tour the past two weeks—one of which came at the hands of DeChambeau—that’s a pretty nice consolation prize.

What a win would mean for Lee Westwood, Bryson DeChambeau and the rest of the contenders at TPC Sawgrass