The TaylorMade P·790 iron lineup upgrades are both subtle and dramatic—including a whole new $3,000 titanium model 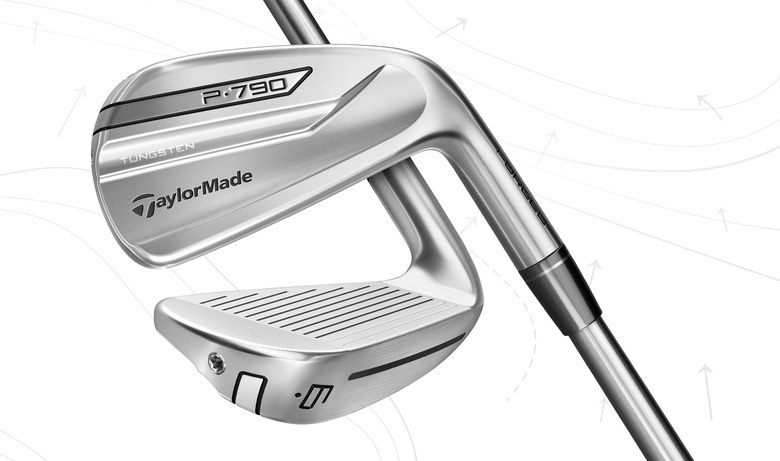 By Mike Stachura
TaylorMade’s P·790 irons were the company’s surprise hit almost immediately upon their introduction two years ago and maintained its popularity throughout the last two years selling nearly a million sticks since its introduction. So when the company’s engineers considered their options for improving the design for its latest upgrade, they faced the prospect of doing little to mess with success or injecting as much technology into a new version that might inspire the same enthusiasm as the original. As it turns out, they chose both options.

The new TaylorMade P·790 family thus will have two new versions, a strategically enhanced upgrade that remains largely true to the original—P·790 2019—and a material departure that stretches the P·790 framework through the use of an all-titanium construction—P·790 Ti.

“I think we really hit the sweet spot with P·790 in having the better players accept the technology of delivering them performance without sacrificing all the other things that they want,” said Brian Bazzel, TaylorMade’s vice president of product creation, who noted that the range of players who purchased the original P·790 irons included nearly a third with handicaps less than 8 and 25 percent with handicaps over 12. “We think there’s a recipe to that by bringing first performance without sacrificing feel and keeping the design aesthetically aspirational.”

With that as a backdrop, it’s no wonder why the P·790 2019 looks strikingly similar to the original. But under the hood there are several notable changes. That starts with a seven percent thinner forged 4140 steel face insert cut in the same L-shape as the original. That thinner face (as thin as 1.6 millimetres or barely thicker than a penny) allows for more deflection (to produce more ball speed), a result of the learnings of the properties of the urethane foam filling (“Speedfoam”) within the iron’s hollow-body construction.

Paul Demkowski, senior product development manager, said the combination of the foam and thinner face resulted in a Characteristic Time (for spring-like effect) that measured higher compared to the original P·790. Because the foam slightly reduces the flexing of the face, the face on the P·790 2019 was designed faster than before to allow the face and foam to better work together for higher ball speeds and slightly more distance.

“We were seeing that the Speedfoam does support that face a little bit so we knew we could go a little bit thinner because of that foam and it’s still compliant enough that you’re not losing any speed,” Demkowski said.

Another internal change is how tungsten is used to help lower the centre of gravity. While on the original there was a tungsten disc inserted low and towards the toe, the P·790 for 2019 features an internal tungsten bar that sits low and stretches from heel to toe across the impact area. That aids launch, particularly in the long irons, Demkowski said, noting the centre of gravity is as much as a millimetre lower compared to the original and the maximum height is as much as a yard higher. Even the pitching wedge features a lowered centre of gravity from before, combating the tendency for hollow-body irons to feature higher centres of gravity because of the extra mass that’s higher up in the supporting frame.

“This gets the CG to where you would typically see it in a player’s cavity back design,” he said. “We’ve also thinned the back wall of that casting and that saves us five grams. We also saved weight with the thinner face. But we went through several iterations to make sure we kept the right sound and feel, which is even more important than even the speed that we’ve gained.”

As in the original P·790, the new model features the company’s most aggressive sole channel, a cut-through slot in the sole that allows the face to give at impact. In addition, the variable thickness design on the face insert progresses through the set and has been tweaked slightly to improve flight consistency in distance and direction.

Demkowski said the changes to the 2019 P·790 have been very much about staying in character of the original. The key he said has been the role of the urethane foam.

“We’ve had irons in this category before where we’ve had damping mechanisms but nothing that quite worked like this,” he said. “So being able to have that sound and feel in this high-performance package was a great combination.” 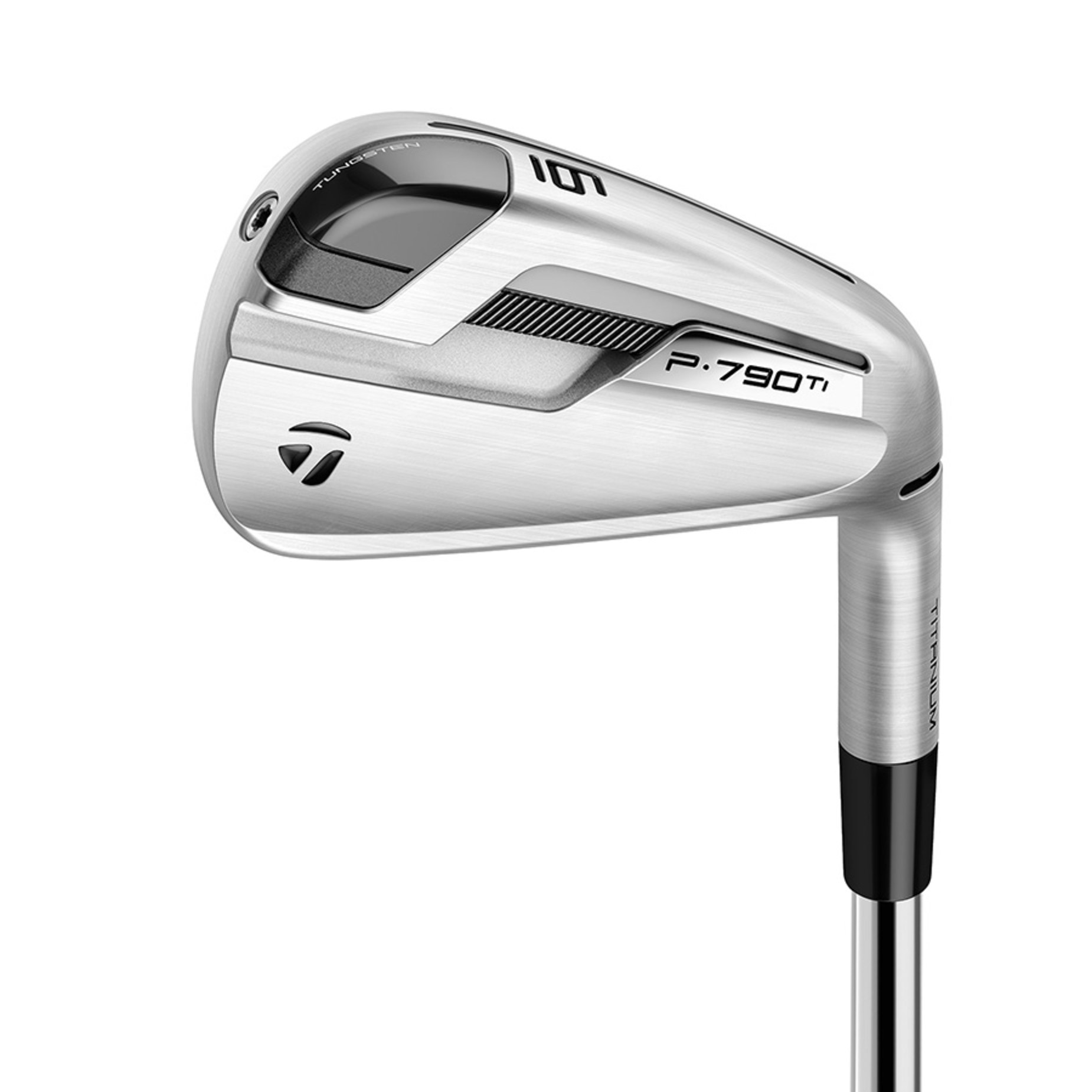 With that in mind, though, TaylorMade’s team took a more aggressive approach with the P·790 Ti, which takes its multi-material construction heritage from P·790 but pushed the accelerator on those materials. Most notably, that includes an all-titanium body (9-1-1 titanium alloy) and a machined 6-4 titanium plate face insert. The lighter mass of the supporting titanium structure also allows the P·790 Ti to utilize much more tungsten than the standard P·790, up to 119 grams (or nearly half the total mass of the iron’s head).

“It’s fun for our team to take the guardrails off and see how far they can go,” Bazzell said. “It’s really about taking the aspirational, feel, performance recipe for P·790 and taking that to the extreme. This is by far the most difficult iron we’ve ever made.”

That use of materials aims to achieve two objectives. First, the titanium is both lighter and more flexible for improved ball speeds. Second, the massive tungsten bar is bonded into the iron head’s back bar and is visible through the rear toe. That lowers the centre of gravity by as much as two millimetres compared to the P·790 and allows the P·790 Ti to utilize lofts that are two degrees stronger on the long and mid-irons and even a degree-and-a-half stronger on the pitching wedge (43.5 degrees) to produce more yardage gains over the standard P·790.

In addition, the thin face insert is again supported by the urethane foam to allow the face to flex while maintaining the preferred sound and feel. The P·790 lineup also includes an update of the company’s driving iron, the 17-degree P·790 UDI. Unlike on the L-face insert on the standard P·790, the P·790 UDI features a face insert that wraps around the sole and topline. Like P·790, the face is made of thin, high-strength 4140 steel. It utilizes a similar internal tungsten bar placed low in the head to improve launch.

Ed’s note: All prices $U.S.; UAE prices to be advised