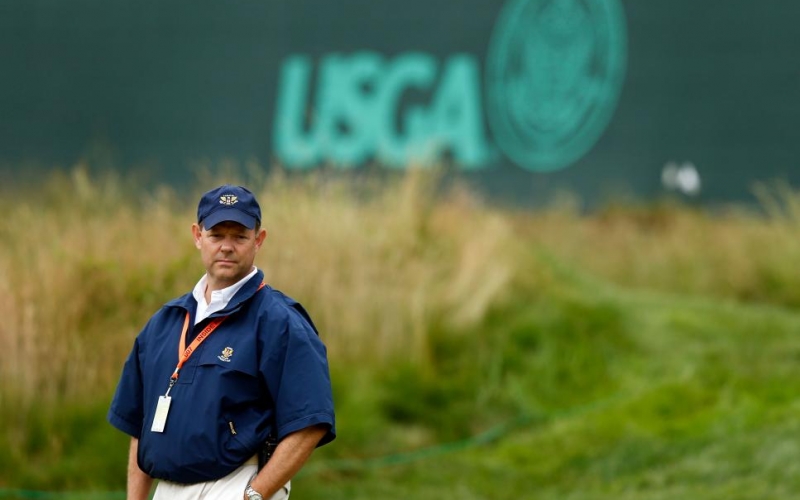 Scott Halleran
The USGA’s replacement for Mike Davis will have several projects to address early in his or her tenure.

By Dave Shedloski
The process of finding a successor to USGA CEO Mike Davis, who announced Tuesday he will leave the association at the end of 2021, commenced about a year ago with the help of a search firm. So it is, according to USGA president Stu Francis, that the association already has taken meaningful steps toward an eventual leadership transition.

Francis would not divulge how many candidates might have been identified, be they inside the halls of Golf House in Liberty Corner, N.J., or outside them. Chances are, however, that considerably more men and women might throw their visor inside the ropes after reading the following job description.

“It’s demanding, but it’s a pretty cool job,” said Francis, who is heading up the search team. “You get to interact with world-class athletes, you get to go visit many of the great golf courses and sites in United States. There are a lot of things about it that are very cool.

“We’ll see who could be interested, and then we’ll stack them all up together and do a thoughtful decision.”

The reason the association had already begun the search process was that Davis quietly informed the USGA Executive Committee 3½ years ago that he planned to step down in 2021. Davis, 55, succeeded David Fay as the seventh executive director in 2011 and became its first chief executive officer in 2016, responsible for managing day-to-day operations, including its core functions, essential programs and human and financial resources.

It won’t be easy replacing Davis, and not simply because he has 30-plus years of experience at the USGA. Francis rattled off a list of criteria the next CEO must meet. “This is a very important job in an important sport,” Francis said. “It’s also a complex job, so we need someone with multifaceted skills.” 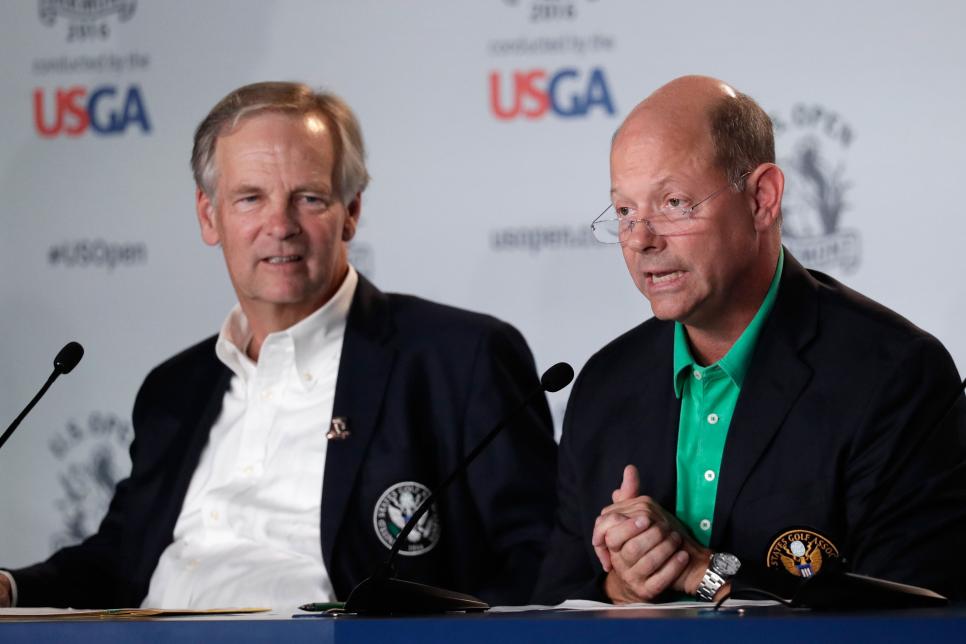 Francis said the next CEO has to be a strong leader with broad interpersonal skills to not only oversee the organisation but also to work with the numerous golf organisations around the world. (Davis serves on a number of boards, including the International Golf Federation, World Golf Foundation, World Golf Hall of Fame and Official World Golf Rankings.) He or she undoubtedly has to possess a keen business acumen with an understanding of the financial structure of a nonprofit sports organisation.

Oh, and, of course, they also have to love the game.

At the top of the list of prerequisites, it seems, is the ability to ensure the financial health of an organization that runs 14 national championships and, with the R&A, administers and manages the Rules of Golf.

“I would say one of the most important skill sets going forward will be the ability to strategically think through the continually changing revenue landscape going forward,” Francis said. “We’re going to need somebody who understands how the landscape is changing from a revenue and a business standpoint, because at the end of the day, it’s a nonprofit organisation.

“Look, we conduct the equivalent of the NBA Finals every year in the U.S. Open,” Francis added. “It’s become a major global event, and the logistics have become extraordinary. It generates about 75 percent of our revenues. We put all that back into the game, but we need to keep generating it so we can continue the types of grow-the-game initiatives. We have Girls Golf, The First Tee, etc. So we’ve got to get it right on a revenue standpoint, and Mike has, but the marketplace keeps changing, and we want to be in a position to do that effectively.”

Davis, also part of the search team, said the plan is for a successor to be in place by May or early June, “so they can get through the U.S. Open, and then I can spend a handful of months with them. And then from there, when you get to the latter part of next year, I’ll hand off the baton, and hopefully it’ll be a good, smooth transition.”

In addition to the financial well-being of the institution, the new CEO will have to take the baton from Davis on any actions the USGA and R&A might enact in accordance with its ongoing Distance Insights Initiative, which already is two years in the making at a cost “well into seven figures,” Davis said. “That might be the most important initiative we have going forward because it affects so many golfers, not just the players at the top, and so many aspects of the game.”

The search process begins in earnest now that the staff of the USGA has been informed of Davis’ exit plan. Francis said there is no mandate that the job has to be filled by a current USGA team member, though that is possible.

“The beauty of Mike’s leadership is that he has brought in and developed a very strong senior team so, we’re going to look at both internal and external candidates,” Francis said. “It would be a shame not to see what’s out there, so we’ll see what unfolds, We’ve been able to be very quiet with this for quite a while. It will be interesting to see who surfaces.”