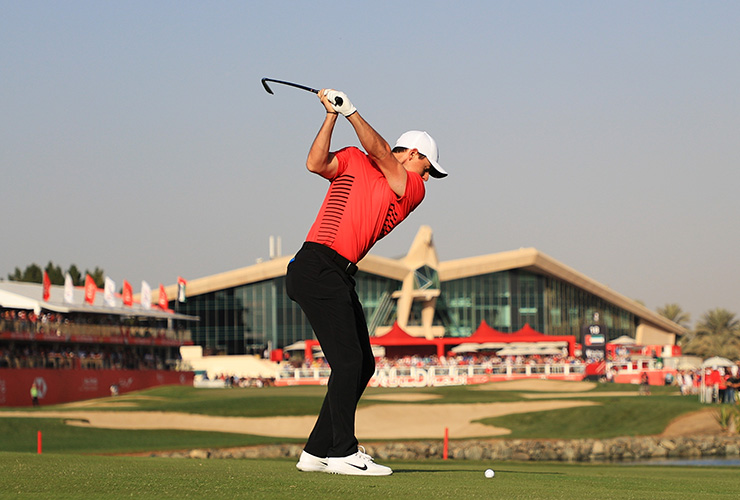 Matthew Lewis/Getty Images
Rory McIlroy, captured here during his last appearance at Abu Dhabi G.C. in 2018, is one of the headline acts for this week’s 16th edition of the Abu Dhabi HSBC Championship.

By Golf Digest Middle East
Abu Dhabi’s stock in world golf continues to flourish. While it’s northern Desert Swing neighbour boasts a lengthier history and its southern neighbour the fiscal ambition to make up for lost time, the $8 million Abu Dhabi HSBC Championship has enjoyed gold-starred Rolex Series status since 2018, making it not only the richest of the regular-season Middle East stops on the European Tour but also one of the most prestigious titles in the global game outside of the WGCs and majors.

Celebrating its 16th edition this week, the event’s reputation has been further bolstered courtesy of a $1 million prize purse injection and resulting Ryder Cup points upgrade in 2021.

With Justin Thomas and Rory McIlroy headlining this week’s field and Englishman Tyrrell Hatton ensuring three players in the world’s top-10, Abu Dhabi’s standing as one of the preeminent events of the European Tour season is further cemented – not a bad to draw the curtain on the new season.

The tournament’s role in the development of Abu Dhabi and the wider UAE cannot be understated either and is especially poignant in 2021 as the UAE celebrates its 50th anniversary.

Known then as simply the ‘Abu Dhabi Golf Championship’, the inaugural $2 million event in 2006 has come an awfully long way since American Chris Dimarco hoisted the Falcon Trophy by a shot from Henrik Stenson.

Abu Dhabi Golf Club has come an even longer way, having been designed and hand-drawn by Peter Harradine of Harradine Golf ahead of its official opening in October 2000. “Who needed AutoCAD”, as a Harradine Golf advert in the January edition of Golf Digest Middle East pointed out.

Check out these great historical images of the now Troon International-managed club in construction: 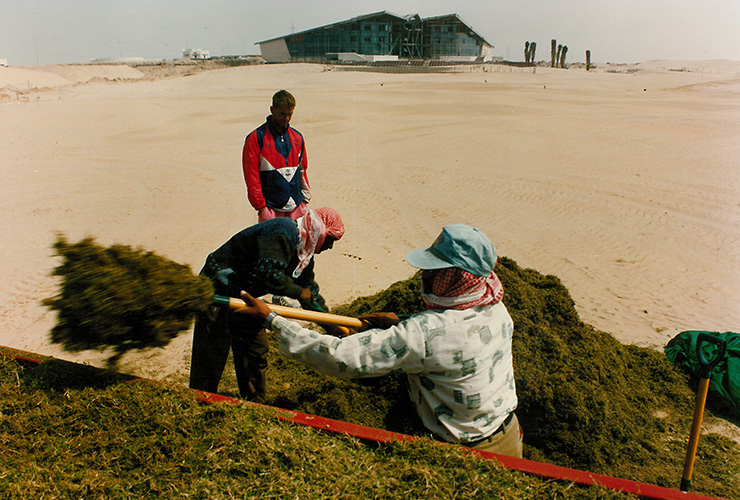 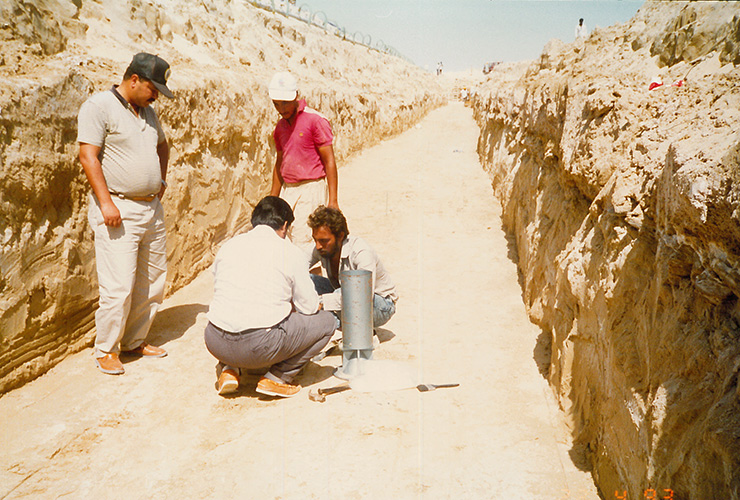 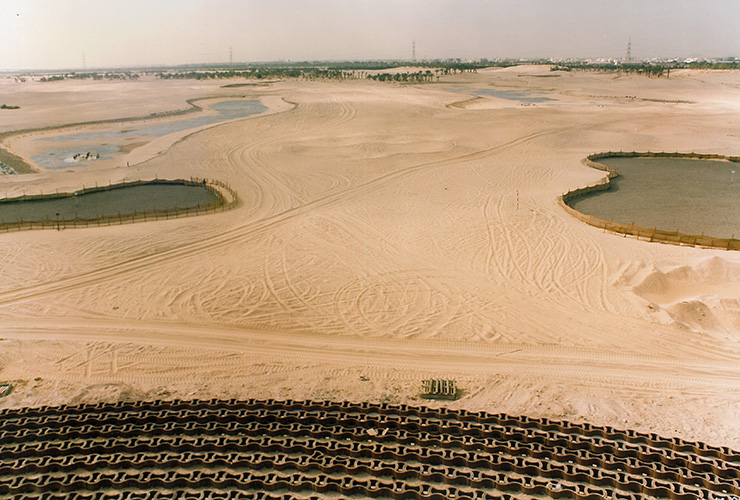 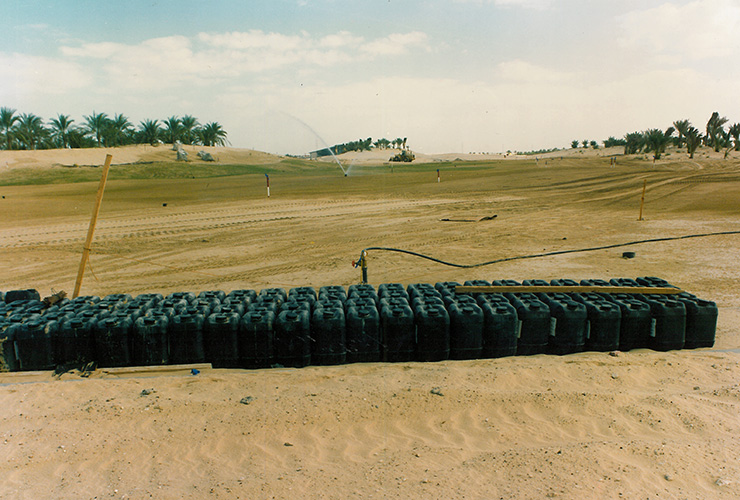 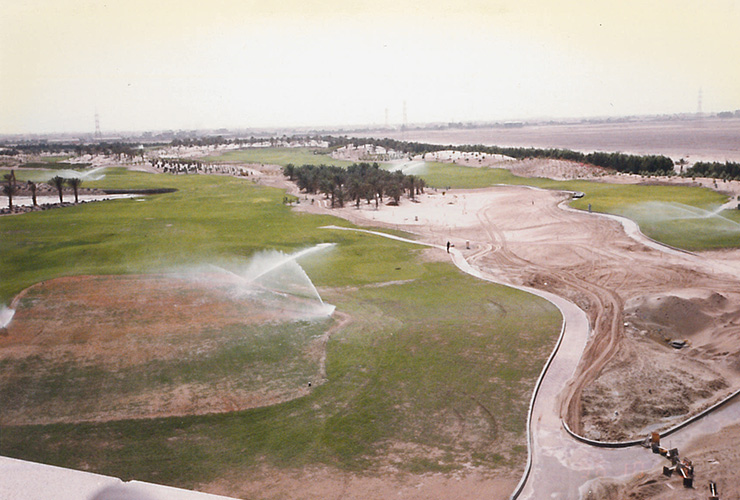 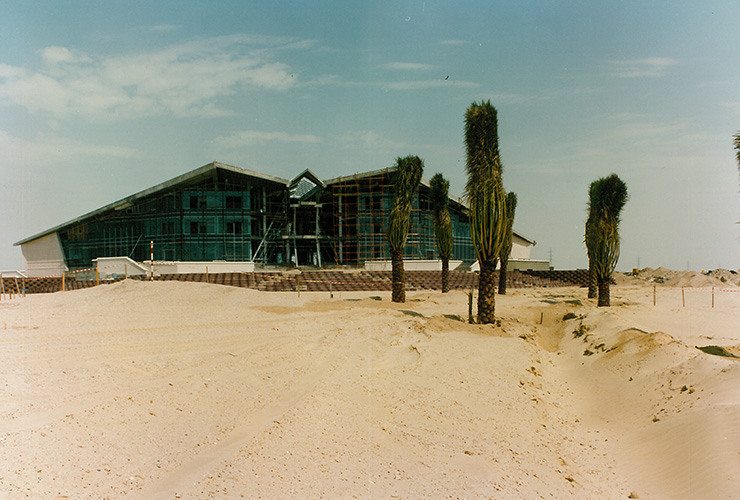 The Falcon-themed clubhouse now stands as one of the great clubhouses in the world. It has a new livery this week, as noted by Tom Phillips, Head of the Middle East for the European Tour.

The famous Falcon clubhouse at @ADGolfClub has a smart new look for this year’s championship 🦅⛳️🇦🇪 pic.twitter.com/DTR7eAK0SB

Phillips has paid tribute to the role of the Abu Dhabi HSBC Championship and Abu Dhabi Golf Club in helping the global emergence of the UAE capital as the country celebrates its half-century milestone.

“The Middle East is a very important region for the European Tour and the success of the Desert Swing, which is one of the key points on our International Schedule, has unquestionably been an integral part of that,” Phillips said. “Our long-term partnerships in the Middle East have been central to the growth of the Desert Swing through a shared vision of attracting the world’s leading players and growing the game in the region

“In Abu Dhabi, the unwavering support we receive from Abu Dhabi Sports Council, HSBC and Abu Dhabi Golf Club has helped establish the tournament as part of the Rolex Series, the European Tour’s premium category of events, and each season the tournament gets stronger. This year the prize fund is $8million and we have another world-class field, underlining the Abu Dhabi HSBC Championship’s reputation as one of the leading events in global golf.”

The 16th Abu Dhabi HSBC Championship begins on Thursday. Here’s a refresher of Lee Westwood’s win last year to help get you in the mood: