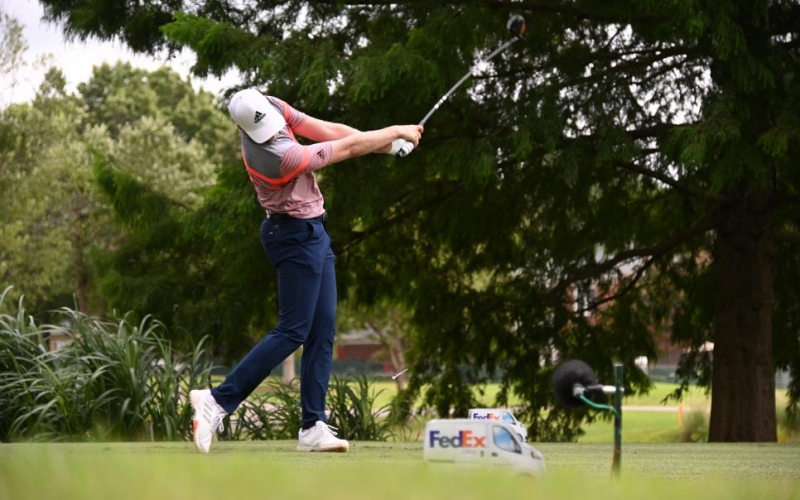 By Alex Myers
Since the PGA Tour’s restart in June, Collin Morikawa has won twice including a major, Jon Rahm has moved to World No. 1, and Bryson DeChambeau has drawn the most attention. But according to the strokes gained statistic, none have been the tour’s best player during this 11-tournament stretch.

That distinction belongs to Daniel Berger, as revealed by a list published by PGATour.com on Wednesday.

Of course, that shouldn’t come as too much of a surprise considering Berger beat Morikawa in a playoff at Colonial Country Club when the season resumed after a three-month break due to the coronavirus pandemic. But Morikawa won the Workday Charity Open and the PGA Championship. Rahm won the Memorial and DeChambeau finished T-4 at the season’s lone major in addition to winning the Rocket Mortgage Classic.

Berger’s overall strokes gained of +2.274 edged DeChambeau at +2.205. Berger got to that number despite not ranking in the top 10 in any individual category. However, he ranked from 11th to 18th in strokes gained off-the-tee, approach, around-the-green, and putting.

DeChambeau’s stats haven’t been as balanced. He has led the tour in strokes gained off the tee since the restart (he also leads that category for the entire season) and has been second in putting, but only 88th in approach and 103rd in around the green.

Justin Thomas, who won the WGC-FedEx St. Jude Invitational earlier this month and currently sits atop the FedEx Cup standings, has the third-best strokes gained since the restart. He’s followed by Xander Schauffele in fourth and Harris English in fifth. Morikawa ranks No. 6.

Somewhat surprisingly, Rahm ranks only 13th in strokes gained overall even though he’s now No. 1 in the Official World Golf Ranking thanks in large part to his victory at Muirfield Village last month. You can see the entire scrollable list at PGATour.com.

In addition to Berger’s win at Colonial, he finished T-2 in Memphis, T-3 at Hilton Head, and T-13 at the PGA. In other words, his current world ranking of 18 isn’t quite representative of where he currently stacks up heading into the FedEx Cup Playoffs.