The Open 2019: We found a reason not to pick Brooks Koepka at Portrush (but he’s still the man to beat) 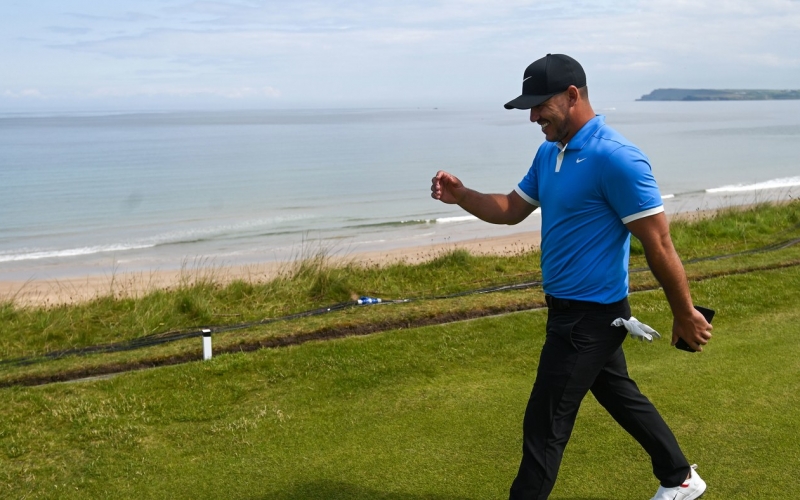 By John Huggan
PORTRUSH, Northern Ireland — 1-2-1-2. There are only a handful of people who have matched Brooks Koepka’s grand-slam rhythm of late. Fred Astaire comes to mind. Gene Kelly, maybe. On the golf course, there are few who have performed with a more sustained level of dexterity in major championships. Maybe only Bobby Jones, Ben Hogan, Jack Nicklaus and Tiger Woods.

Part of the intrigue, of course, is the fact that Koepka has won twice as many majors (four) as he has regular PGA Tour events (two). Which leads to the obvious question: What, if anything is he doing differently before and during golf’s four biggest events? And, wouldn’t you know, the answer is simple.

“I practice before the majors,” said Koepka when speaking to the media Tuesday on the eve of the Open Championship at Royal Portrush. “I’m ready for majors. Regular tournaments, I don’t practice. If you’ve seen me on TV, that’s when I play golf.”

But there’s more to it than that. And it might be something Koepka will think about should he bother to review a transcript of his chat with the media. Asked whether he had ever played in a major without playing the week before, the two-time PGA and U.S. Open champion, seemingly unconsciously, revealed himself to an extent he has perhaps never done before.

“Yeah, the Open every year,” he said. “But I practice. I get here early. And at Augusta, I don’t play the week before. But I’m practicing going in.”

The next question was also obvious: So when you say you always play before a major, you mean you practice the week before?

Ah-ha. There seems to be a pattern here, on both sides of the Koepka ledger. When the 29-year-old Floridian plays in an event the week before a major there is—right now at least—a fair chance he is going to win, or at least contend strongly. But when he doesn’t tee-up competitively prior to the Masters or the Open, he doesn’t win. Or at least not yet.

Memo to Brooks: Maybe you should have made your way to the Scottish Open last week.

Nevertheless, it’s hard not to think of Koepka as the favorite at Portrush, his major rhythm still something to behold. Oh, and there’s the fact that Koepka has a 15th club in—actually on—his bag this week as he attempts to break the habit of a lifetime. His caddie of the last six years, Ricky Elliott, was born and raised in Portrush and has played the course thousands of times. No player in the field will have somebody with more local knowledge working for him.

“He’s just told me spots where to hit it,” Koepka said. “ ‘This is where you want to leave it’ stuff. I won’t hit many drivers—five, maybe six if the wind direction stays the same as it’s been the last four days.

“Try and avoid bunkers. In links golf, that’s all I’m trying to do,” Koepka said. “I feel like that’s the biggest mistake you can make out here. If you can avoid those and put yourself on the right side of the hole, you’re going to have a good chance to win the tournament.” 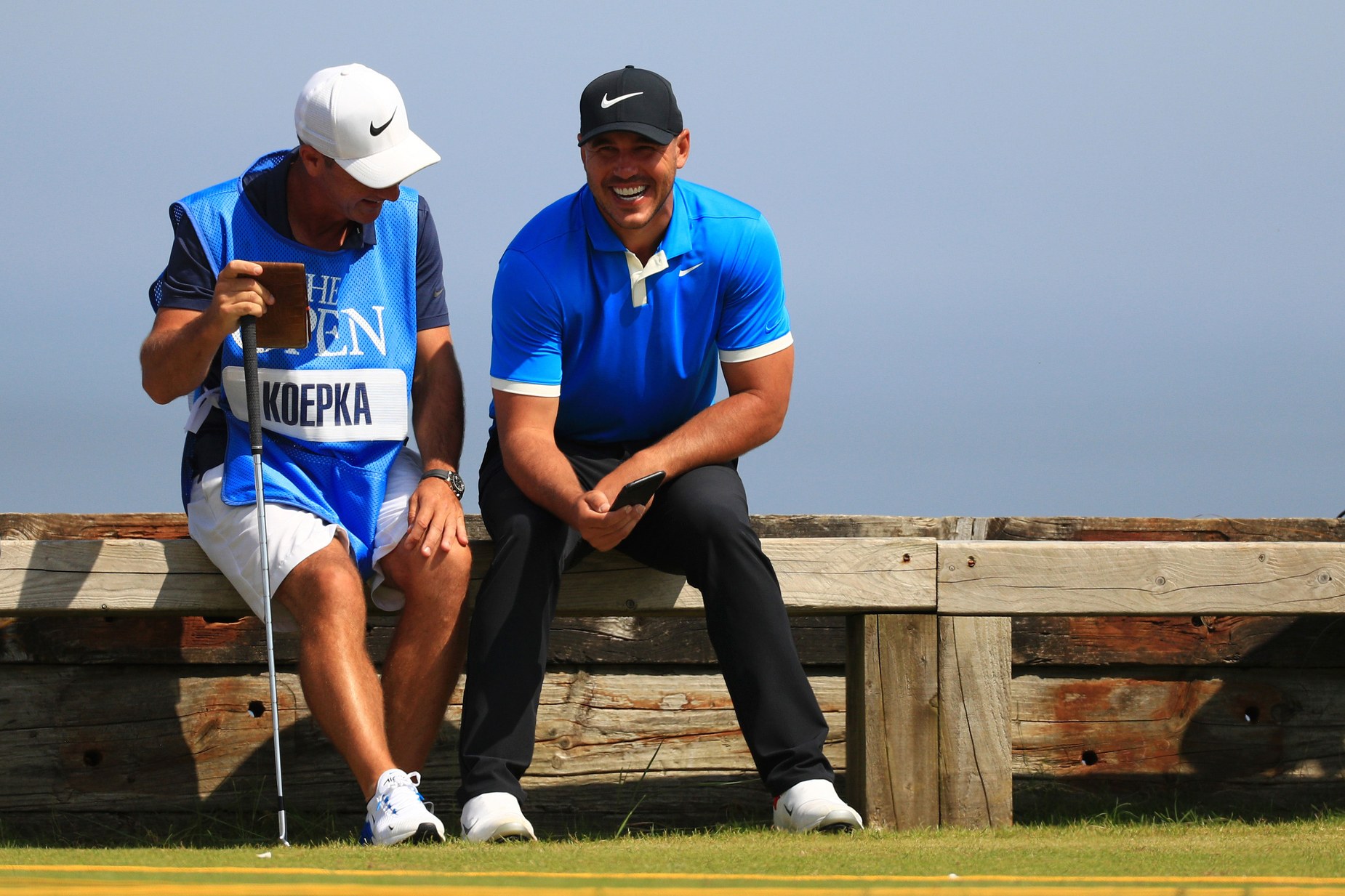 Mike Ehrmann/Getty Images
Koepka and Elliott share a joke during a practice round on Tuesday at Portrush.

Indeed, where Elliott is most valuable is in the depth of the pair’s relationship. The Northern Irishman understands what to say to his boss. And, just as importantly, when to say it.

“Ricky keeps it light,” Koepka said. “He knows not to talk about golf while we’re out there. He knows if I’m getting a little bit tense, maybe upset, angry, whatever it is, he can tell just by my walk. He can tell by my body language. And that’s what makes a great caddie. A lot of times he’ll tell me to slow down, slow my walk. If I get angry, my walk gets a little bit quicker.

“Under pressure he knows exactly what to say at the right time, which is what you want in a caddie,” Koepka added. “And I wouldn’t want anybody else on my bag. He’s been tremendous. He’s part of the reason why I’ve had the success I’ve had. And I love the guy to death.”

Koepka was less revealing when it came to his thoughts on why Americans are currently doing so well in the game’s four most important weeks. Should another triumph on Sunday, the U.S. will hold all four and have won 10 of the last 11. Any idea why Brooks?

“I have no idea,” he said. Nor, come to think of it, does anyone else.

Inevitably, this warm and cozy chat wound down with (British tabloid-driven) mention of Koepka’s propensity to get a little touchy over just how little recognition/publicity his recent run of success has engendered. “Not enough” has been the gist of his previous utterances on the subject, one he seems to be trying to dampen.

“But I’m over trying to get the recognition,” Koepka said. “You either like me or you don’t, that’s life in general. It’s not anything I’m too concerned about at this moment. I’m literally just focused on golf. I want to play the best I can every week. I want to play well in majors.”

And that he has been doing. Better than anyone else in the game for a wee while now. He is the man to beat this week. That much is not in doubt.