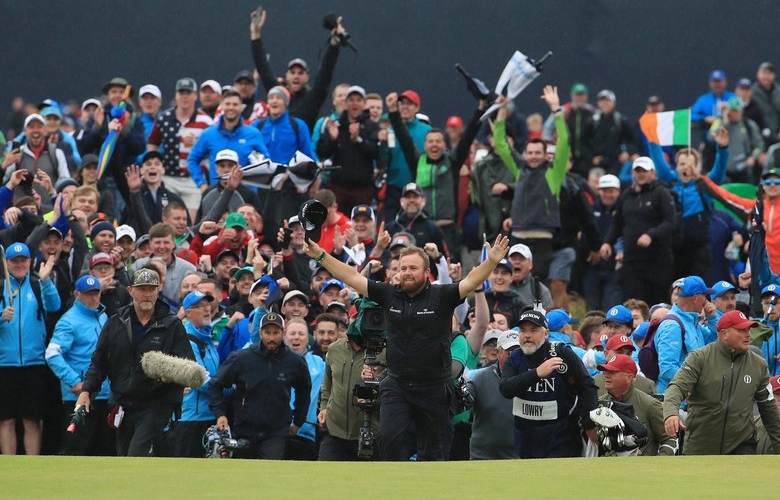 By Christopher Powers
Any player who has won the Open Championship will tell you the walk up the 18th fairway on Sunday is the best walk in golf. Even those who haven’t won the claret jug would agree. The massive, stadium-like grandstands, the yellow scoreboards, and the PROPER cheering from the European fans. There is simply nothing like it. Shane Lowry found out just how special that walk was on Sunday at Royal Portrush, and it was extra special given the fact the Irishman was about to win the Open in Northern Ireland.

It was, as football fans say, absolute “scenes” as Lowry made his way to the 72nd green, needing only two more strokes to finish off his epic week. Back in the day, fans we’re allowed to rush the fairway, setting up scenes like the one we saw last year when Tiger Woods won the Tour Championship at East Lake. While security did their best to slow the Royal Portrush crowd down on Sunday, Lowry was treated to a similar scene that he, the fans in attendance and everyone watching home will never forget:

The greatest walk in golf in front of the greatest fans ? What a week here in Northern Ireland #TheOpen pic.twitter.com/CxbmyaaUrE

What a moment. If only they let the fans go with him all the way up the fairway, but that would have been too much fun. It still made for some epic photos as well: 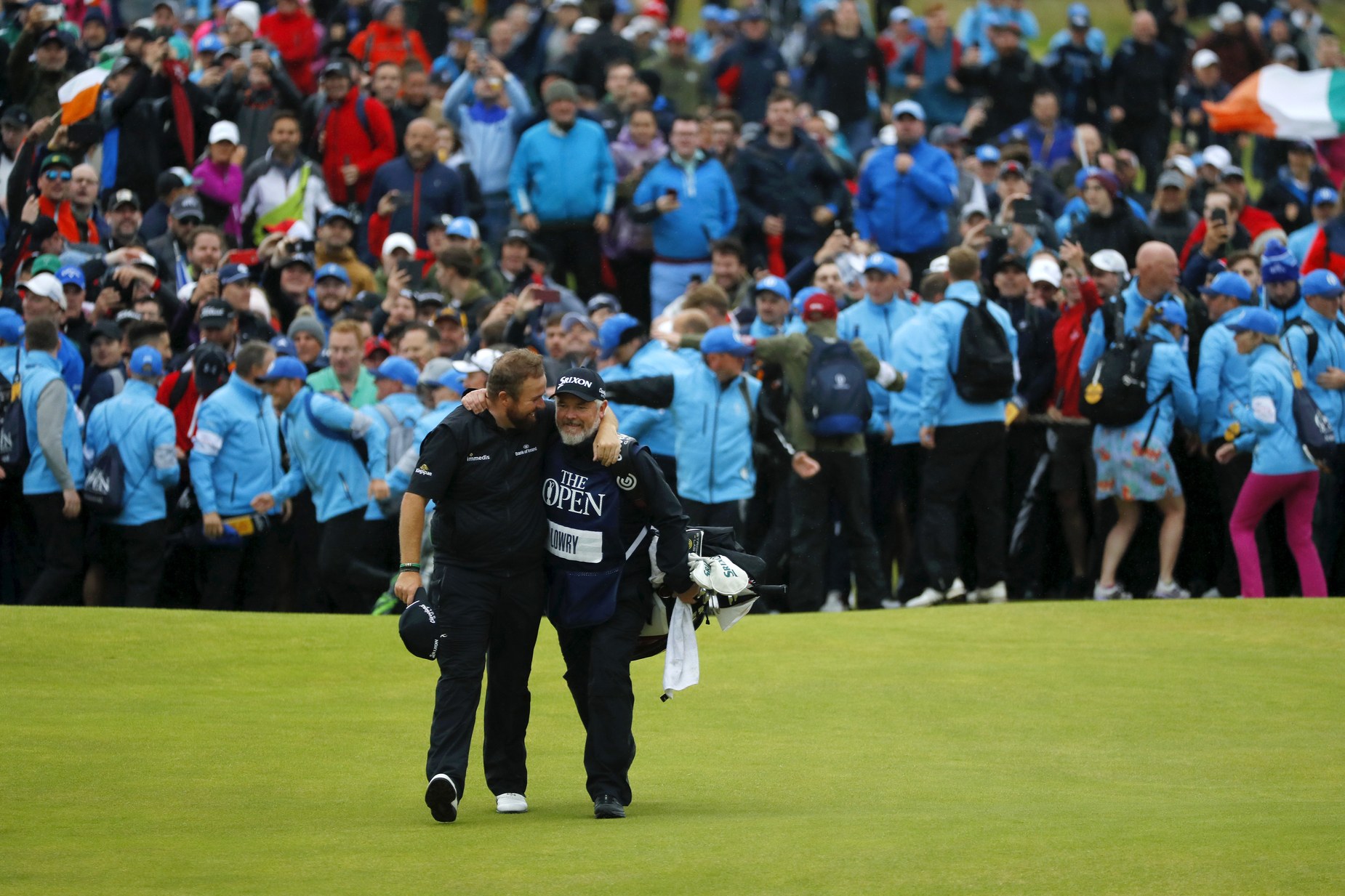 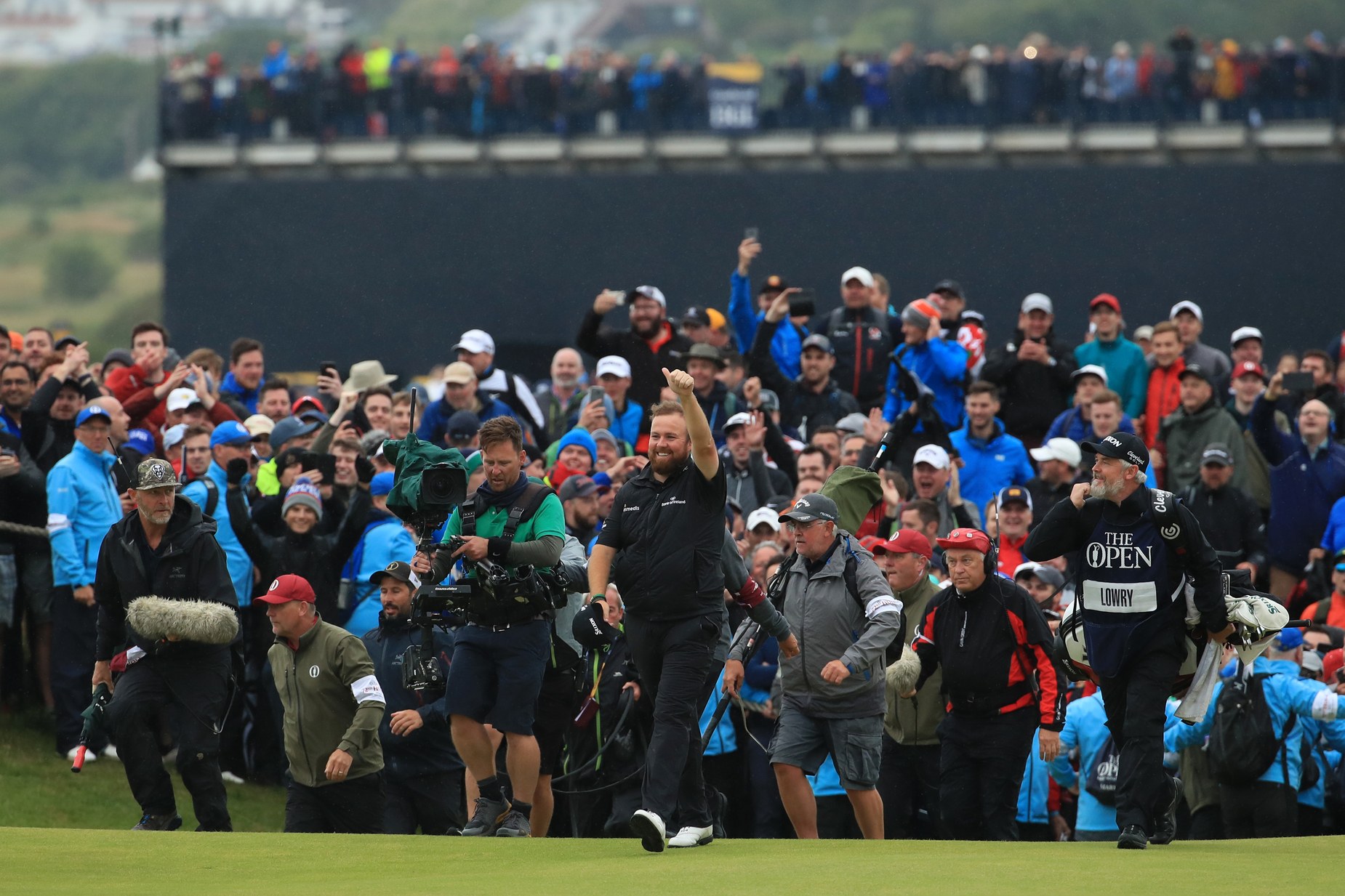