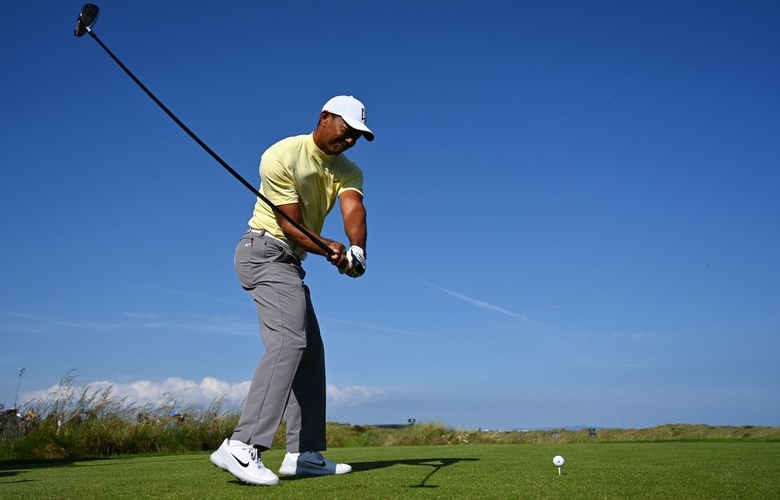 Woods tees off during a practice round prior to the 148th Open Championship held on the Dunluce Links at Royal Portrush Golf Club on July 15, 2019 in Portrush, United Kingdom. (Photo by Warren Little/R&A/R&A via Getty Images)

By Ryan Herrington
PORTRUSH, Northern Ireland — All’s well that ends well for Tiger Woods, who on Tuesday said the R&A had given his TaylorMade M5 driver the seal of approval ahead of this week’s Open Championship.

As it did a year ago at Carnoustie, the governing body decided to test the drivers of a handful of players, Woods included, after their practice rounds at Royal Portrush. Officials were checking that the clubs passed a Characteristic Time (CT) test, which measures the rebound off of a driver’s clubface using a spring-loaded pendulum. A failed test would lead to a possible ruling that the driver is “too hot” and does not conform to the Rules of Golf.

Golf.com first reported that Woods was among the players whose clubs the R&A checked on Monday. After he finished his round with Dustin Johnson and Rickie Fowler, he submitted the club for testing on the Portrush driving range. R&A officials had yet to state specifically how many clubs have been tested this week and whether any failed to past the test.

All 30 clubs selected for testing in 2018 were found to conform.

Tiger has been playing the M5 since the Farmers Insurance Open in January.

Perhaps more than any other golfer in history, Tiger Woods has done a large portion of his winning at specific...