The Open 2019: Jordan Spieth eyes another chance to salvage his season, if only his swing will oblige 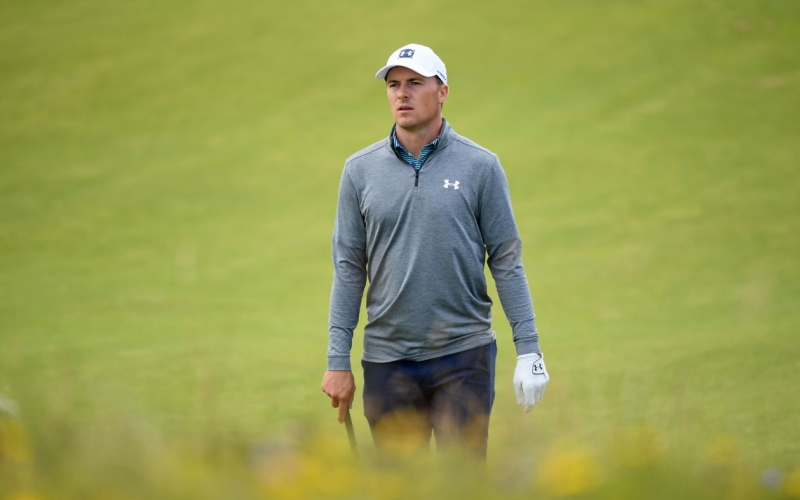 Welcome to Jordan Spieth’s world, at least of late.

“You’re constantly thinking a little more than you want to,” Spieth said after missing the cut in his last start a few weeks ago at the Travelers Championship. “And then I just didn’t play well. I mean, just no parts of my game were where I wanted them to be.”

The question then entering this week’s Open Championship is whether the three-week break Spieth has taken has provided the necessary time for him to reset and salvage a season that has been as frustrating as it is disappointing.

It has been two years since the 25-year-old Texan’s last victory, a win at Royal Birkdale made memorable for its surreal back-nine swings. Given how well Spieth had been playing up to that point, the fact that the three-time major champion and former World No. 1 hasn’t won since feels almost unfathomable.

RELATED: In Rory McIlroy’s hometown of Holywood, you can see traces of where the legend began

Plenty of the game’s greats have endured droughts or the dreaded “S” word: slumps. More than once, Jack Nicklaus went two years without winning a major, albeit in the later stages of his career.

Still, Spieth’s fall has been jarring. From 2013-’17, he won 14 times worldwide, including five times in 2015, when he had people contemplating a potential calendar-year Grand Slam and reached No. 1 in the world. When he won at Birkdale for his third victory of 2017 and second in as many starts, he was ranked No. 2. Now? He’s 38th, not to mention 75th in the FedEx Cup standings.

In turn, there has been hardly a whisper about Spieth’s chances at Royal Portrush, despite top 10s in three of his six appearances in the Open.

Spieth says he has a handle on what has been hurting him. “My iron and wedge play is way below my normal standard,” he said recently. “So that needs to significantly improve.

“I need to gain significant control of the golf ball tee to green.” 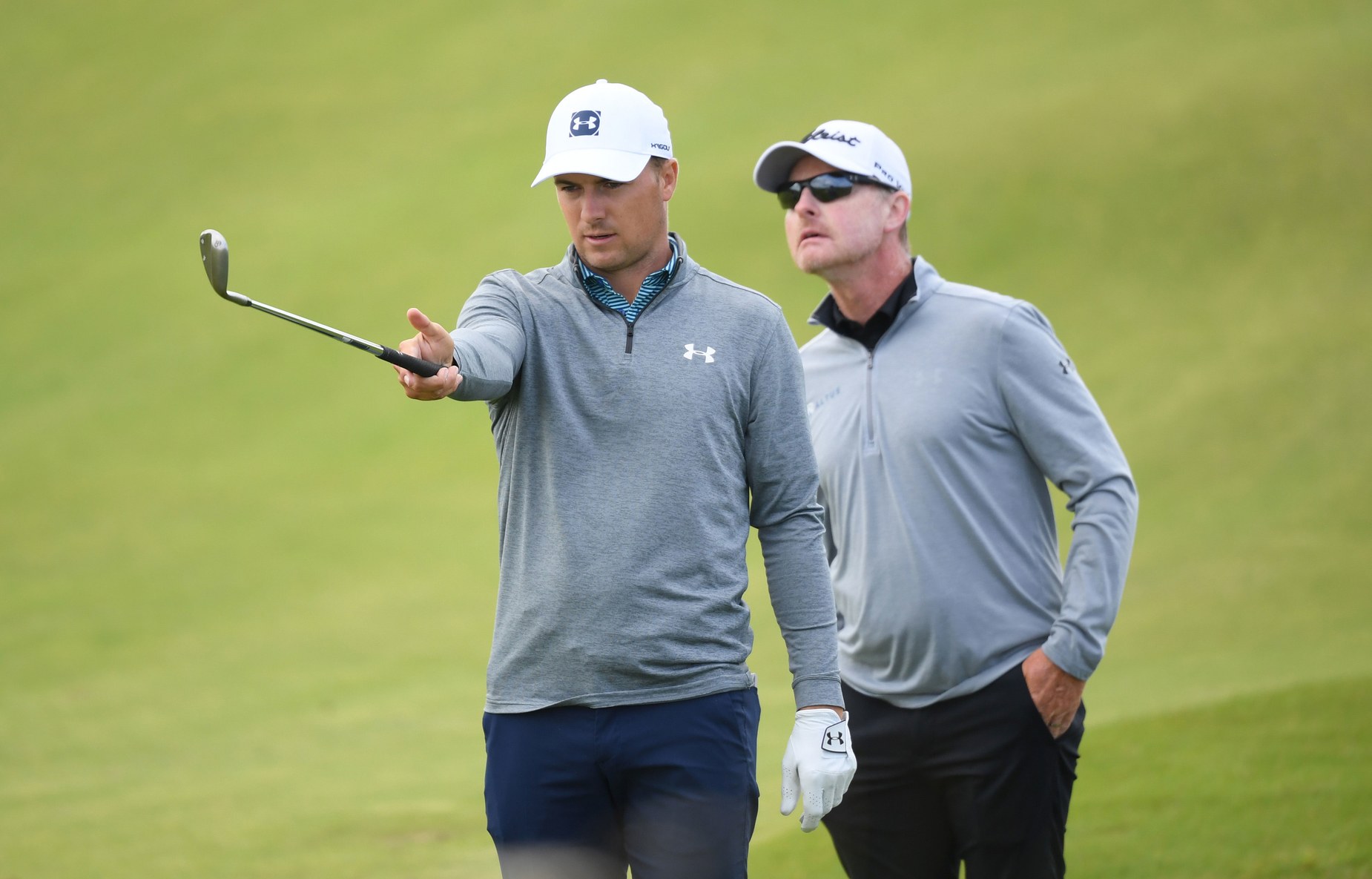 Jan Kruger/R&A
Spieth and his coach Cameron McCormick talk during a practice round at Royal Portrush.

This season, Spieth ranks 179th in strokes gained/off the tee, 141st in approach and 144th in tee to green. Also part of that equation: He’s 189th in driving accuracy, a number made more problematic by what has often been a two-way miss off the tee. Matters are complicated further by iron play that has been erratic (183rd in greens in regulation) and inexplicable play on the weekend (he ranks 166th and 196th, respectively, in third and fourth-round scoring).

“Even on some of the good rounds, I get away with a bad couple of drives, but then over the course of four rounds, you just can’t continue to get away with them. Kind of the foul-ball type thing,” Spieth said in May. “Balls need to start more on line.”

This all points to the ultimate problem for Spieth: How do you find time to fix your swing issues while also trying to compete on a regular basis?

“The wraparound season has been disadvantageous to players having time to work on their game in the offseason, improve, rest and recover,” says CBS analyst Peter Kostis, whose own client, Paul Casey, has endured his share of “slumps” over the years. “It used to be a more defined offseason. That’s all but disappeared.”

To Kostis’ point, when Spieth missed the cut at the Travelers he admitted the things he’s been working on in his swing are so “drastic” that it has been difficult to play through. The lack of results—Spieth has just three top-10s, along with three missed cuts, in 16 starts in 2019—bear that out.

During the week of the PGA Championship at Bethpage Black in May, Spieth held two lengthy practice sessions with coach Cameron McCormick that at one point featured a number of hard hooks with wedges in hand. Spieth finished third at Bethpage, mostly on the strength of his putting, but had struggled with the same problem the week before at the AT&T Byron Nelson.

RELATED: Ten years later, Tom Watson reflects—but doesn’t dwell—on what could have been

One area of Spieth’s game that has not been a concern this year is his putting—he ranks sixth in strokes gained/putting. And at times it has saved him (T-3 at the PGA Championship; T-8 at the Charles Schwab Challenge; T-7 at the Memorial) from having a truly forgettable year.

Still, Spieth hasn’t been close to the player he was even two years ago and the balance of trying to fix his technique while trying to win (or at least contend in) a tournament isn’t difficult. It’s near impossible.

“Until a change is instinctive, it’ll never hold up under pressure,” Kostis said. “That’s why someone like Matt Wolff and guys with a unique swing do so well, because their swing is instinctive.

“A guy will work incrementally, maybe one or two weeks at home. Then they go to a tournament, and they play well Thursday and Friday but on Saturday and Sunday revert to instinct and caught in between [swings].” 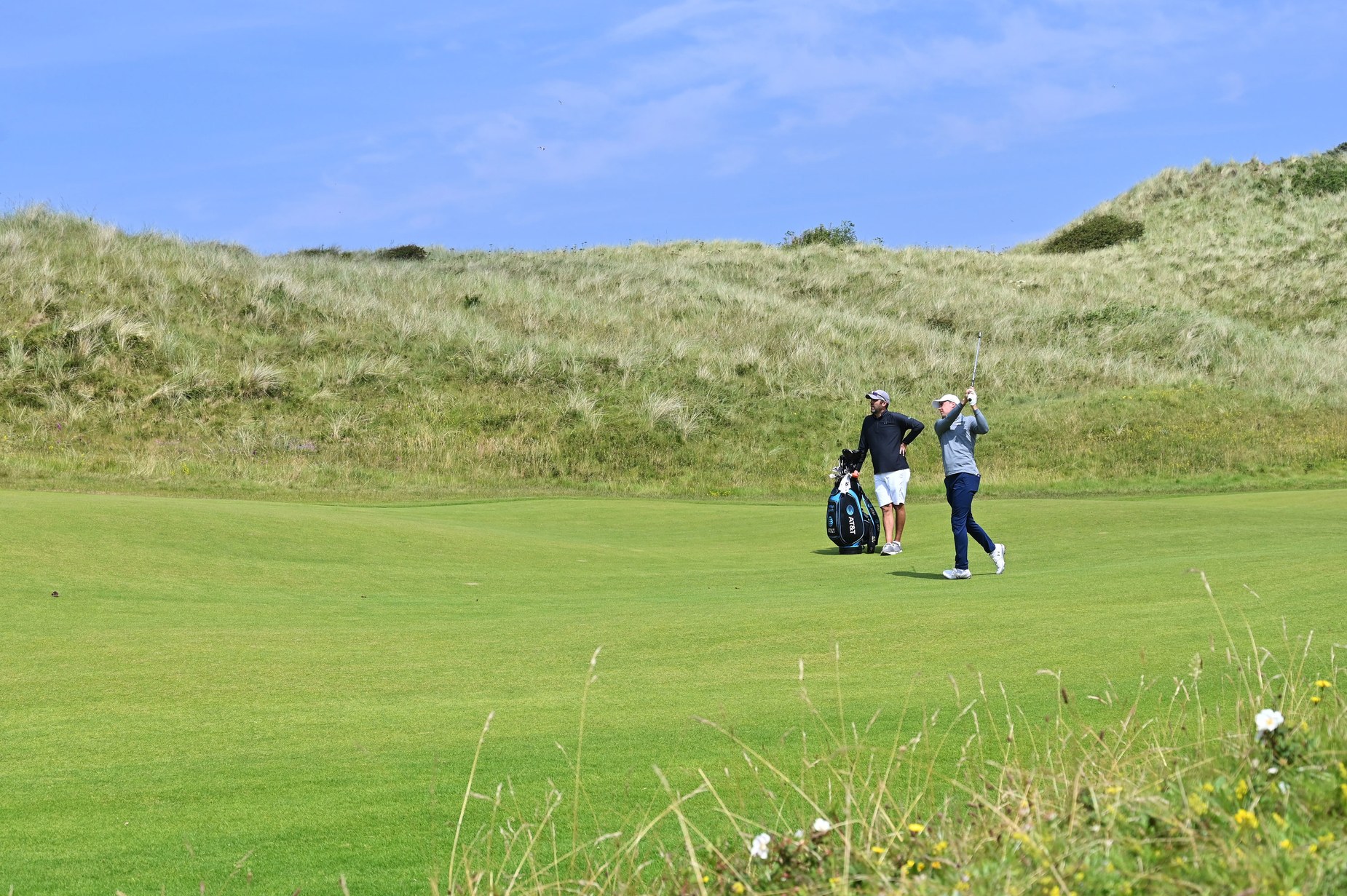 Stuart Franklin/Getty Images
Spieth plays a shot during a practice round on Monday.

With the year’s final major here and the season running short, so too are the opportunities to salvage what’s remaining of 2019.

The good news is that for a player of Spieth’s pedigree, it can all change in a week.

“On and around greens I’m in a better place than I’ve been in the last couple years going into the British, so hopefully a little reset button helps and just kind of nail down what I’ve been working on,” he said. “So it’ll just take time. Just like the putting did last year, and then it came around.”

When the rest of his game does, an end to the slump should, too. The question is when will it be?