Why the Desert Classic is the Major of the Middle East 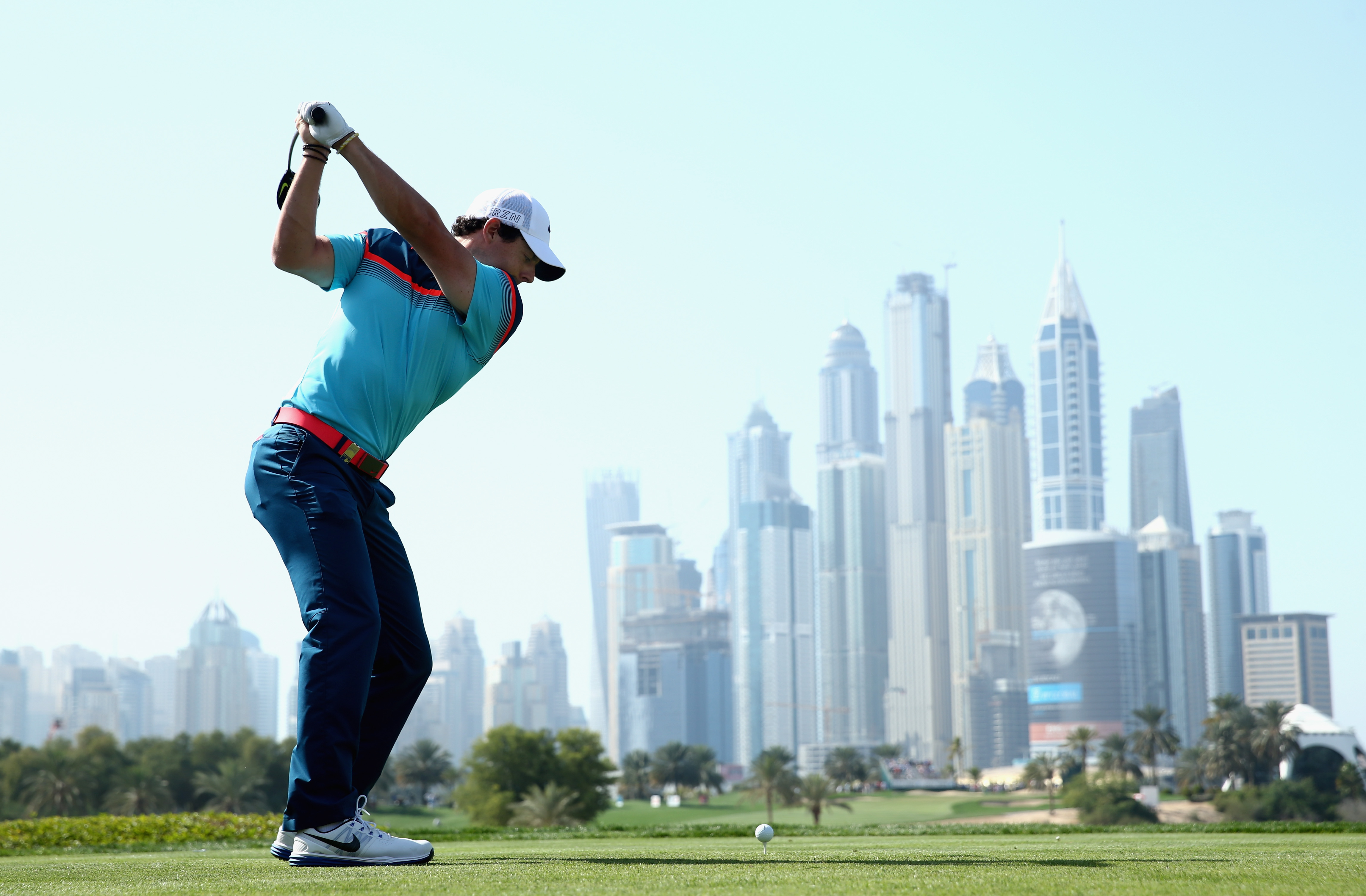 Beyond it’s unrivalled history and longevity, there’s a reason why they call the Omega Dubai Desert Classic the Major of the Middle East. Simply put, it’s the trophy that major champions invariably win. Ernie has three. Rory and Tiger two each. And Fred Couples, the great Seve Ballesteros, Mark O’Meara and Jose Maria Olazabal have all hoisted the famous silverware. “We have an honour roll that is the envy of almost every other tournament on the planet,” says golf in DUBAi’s David Spencer. “The old saying that a major begins on the back nine on Sunday is equally applicable to the Omega Dubai Desert Classic and the Majlis course.” 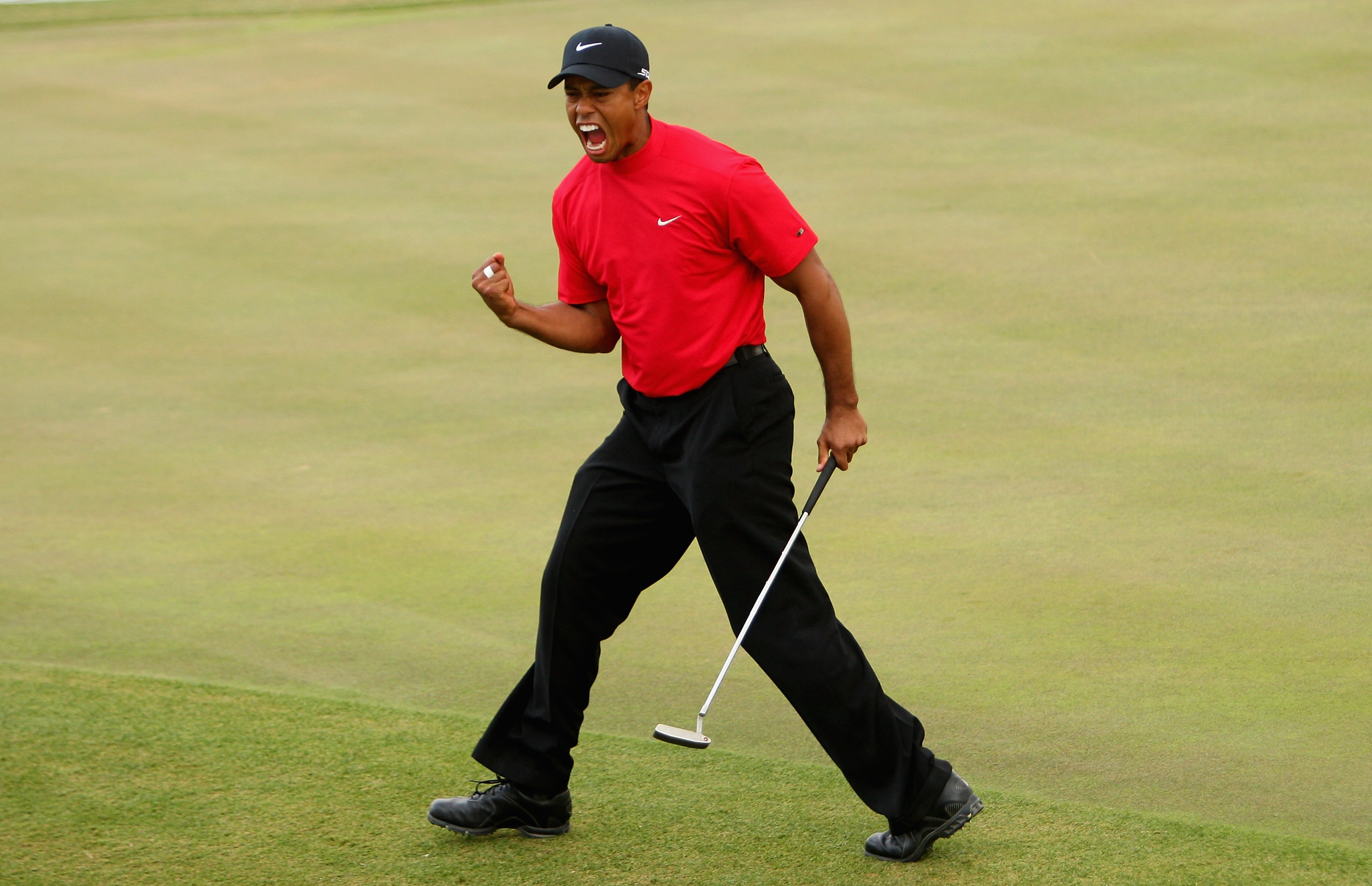 There will always be surprise winners at the highest level in golf such is the depth of competition (especially in this modern era) but great courses have a habit of producing great champions. Nowhere is this more pronounced than at Augusta National, where winners from outside of golf’s top table are a freak anomaly. Not only have the game’s legends dominated The Masters, they have tended to announce their talent for the first time on Amen Corner. Arnold, Tiger, Phil and Jordan all donned a green jacket before winning any other major.

And to a similar (albeit lesser) extent, the Majlis has produced echoes of this on the European Tour. No less than seven of the Classic’s former champions won their first ever European Tour event here in Dubai. From Ernie Els in 1994 to Rory McIlroy in 2009, stars have been born on the Majlis. 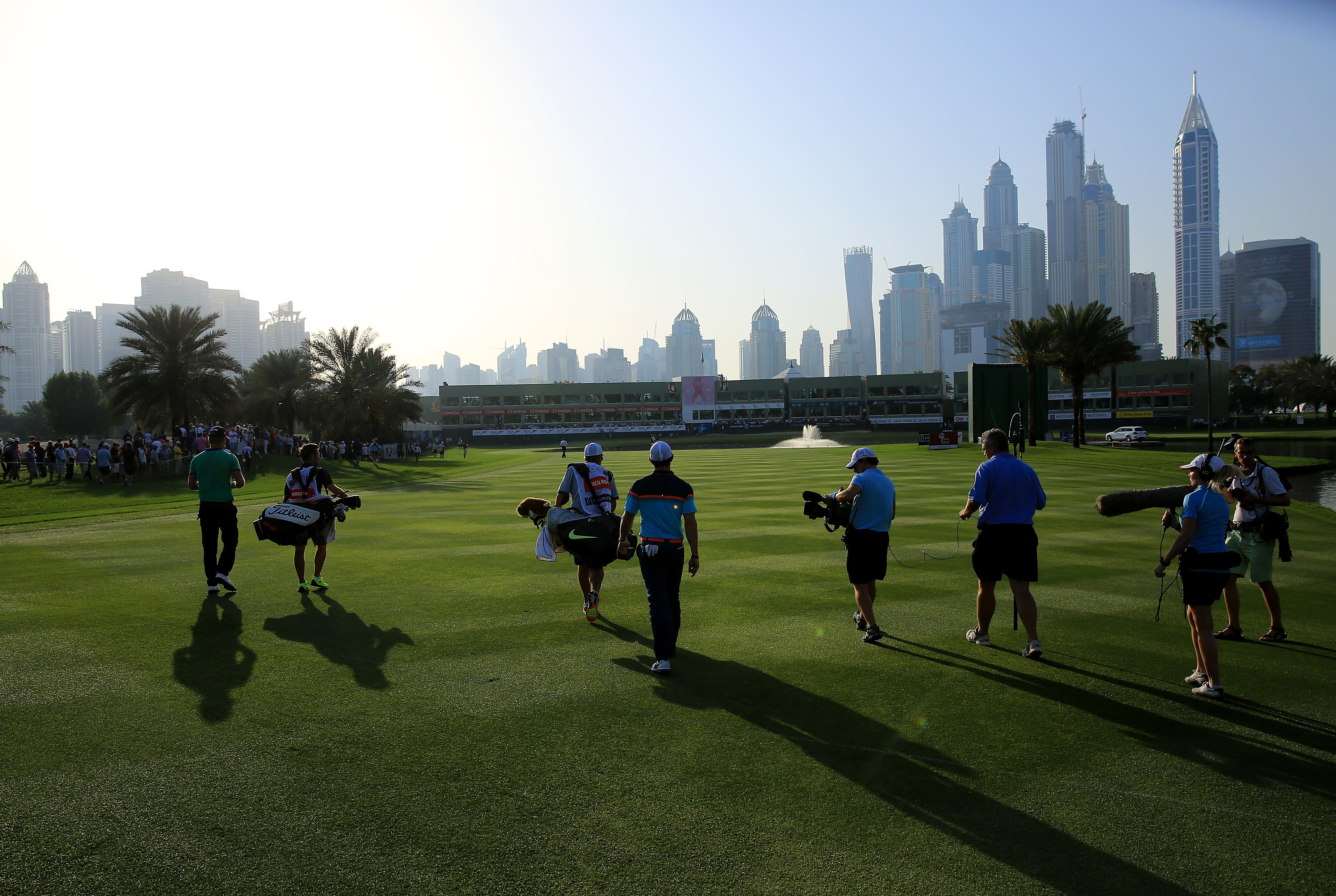 “It’s a course that favours the most flamboyant and talented players,” explains Spencer. “We believe it is the finest of the three championship courses on the Desert Swing, and the three par 5s on the back nine lend themselves to the kind of exciting charges that we’re used to seeing at The Masters.”

Rory McIlroy’s relatively comfortable victory 12 months ago was the first time since 2002 that the title was won with more than just a single stroke to spare. And with the Northern Irishman bidding to join Ernie Els as a three-time winner this month, ‘Walking with the Champions’ is a theme that golf in DUBAi has embraced.

“We’re immensely proud of our past winners, and we’ll be reflecting on all they’ve achieved, as well as focusing on delivering even more fan engagement,” adds Spencer. “Two free-to-enter Star Clinics will give fans a special glimpse of golf’s future and a brilliant insight into the Ryder Cup, with the second of these events hosted by the European captain himself, Darren Clarke.”

The Evolution of Rory McIlroy

Rory McIlroy refers to Dubai as his home away from home, and that’s not a crowd-pleasing platitude; he absolutely means it. The World No.3 and the Desert Classic go back nearly a decade. It is the scene of his first European Tour cut, made as amateur back in 2007, and his first tour victory just two years later as a 19-year-old who spent a lot less time in the gym than the muscular athlete you’ll see in action this week. When he won this title seven years ago, McIlroy bounced along the fairways, wielding a freewheeling swing of raw beauty. That unmistakably exuberant gait may have calmed down in the intervening years, but his golf swing remains the most naturally flowing on tour, harnessed by the frame of a man who has maximised his considerable athletic talent. This is Rory’s turf, and in 2016, he’s unquestionaly the man to beat. 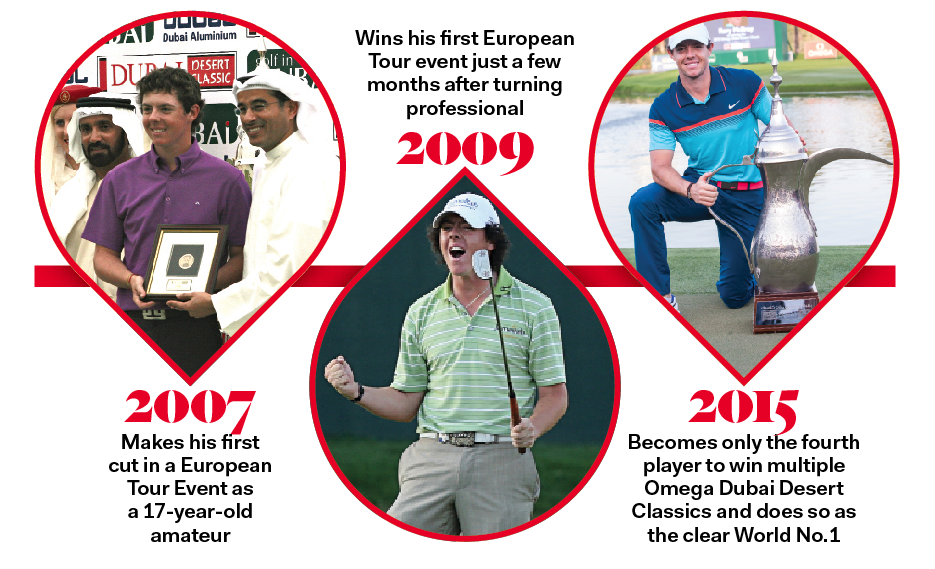 The Majlis: A Major Stage

The Majlis course at Emirates Golf Club is one of Dubai’s most enduring icons. Now nearing its 30th birthday, the surrounding skyline has shot up around it at a bewildering rate, but the course itself has favoured sensible and subtle changes over any radical makeovers. It has always been a shot-maker’s paradise, with risk and reward options on nearly every hole. If the ability to cut off corners has been reined in over the years (Seve Ballesteros once routinely played 18 back down the 17th fairway, until officials planted a row of trees to stymie even his creative talents) there are still many holes where bravery can pay. 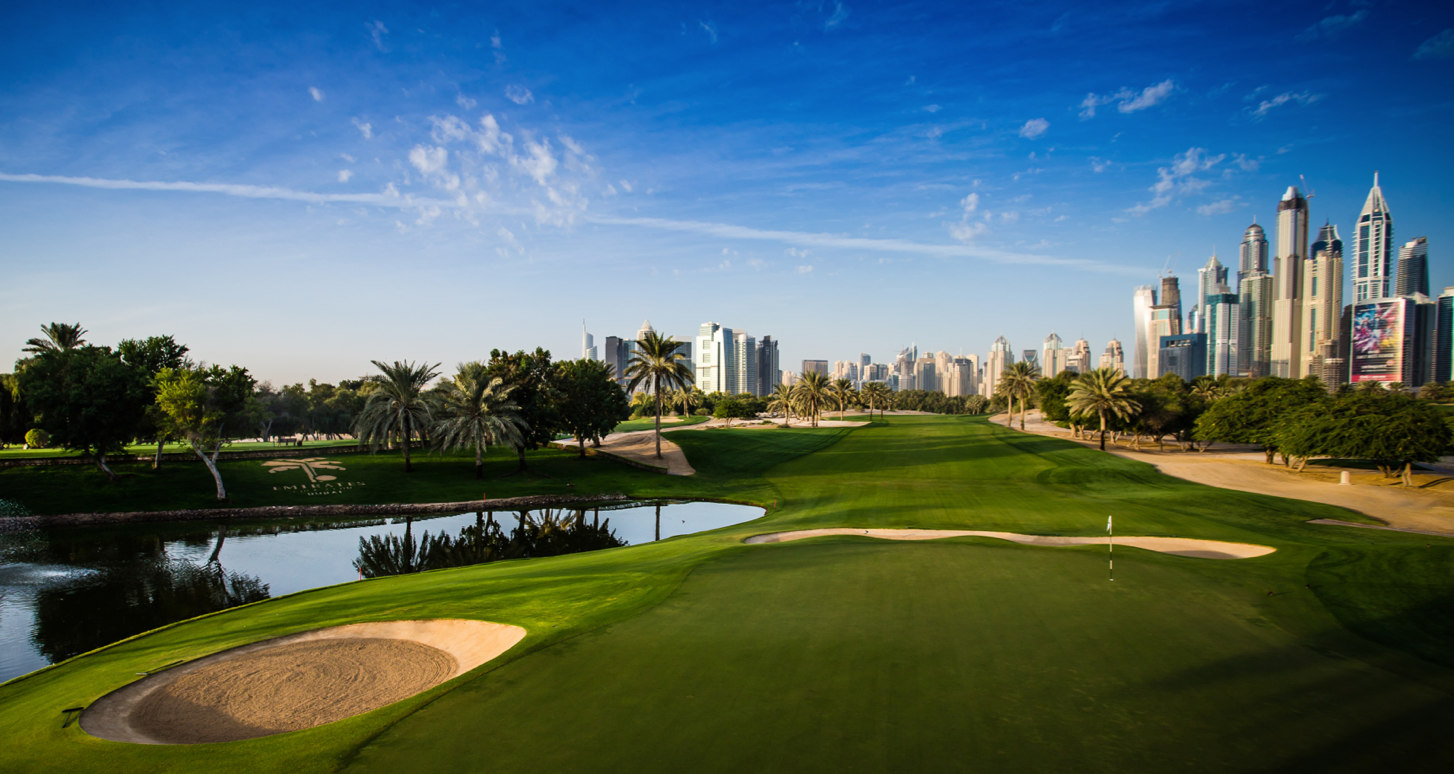 The Majlis may produce a similar winning score to the other courses on the Desert Swing, but it is the fluctuations in scoring that make for such drama. Players can find themselves dropping off the leaderboard like a stone with just a few bad swings, or stringing together some of the most remarkable runs in European Tour history.

Who can forget Stephen Gallacher’s astonishing burst in 2014, when he went 10-under par for the last 10 holes of his third round? The Scot came out the next day and shot a four-over 39 on his front nine Sunday, before rallying to win the tournament for the second time. That’s the Majlis in a nutshell. 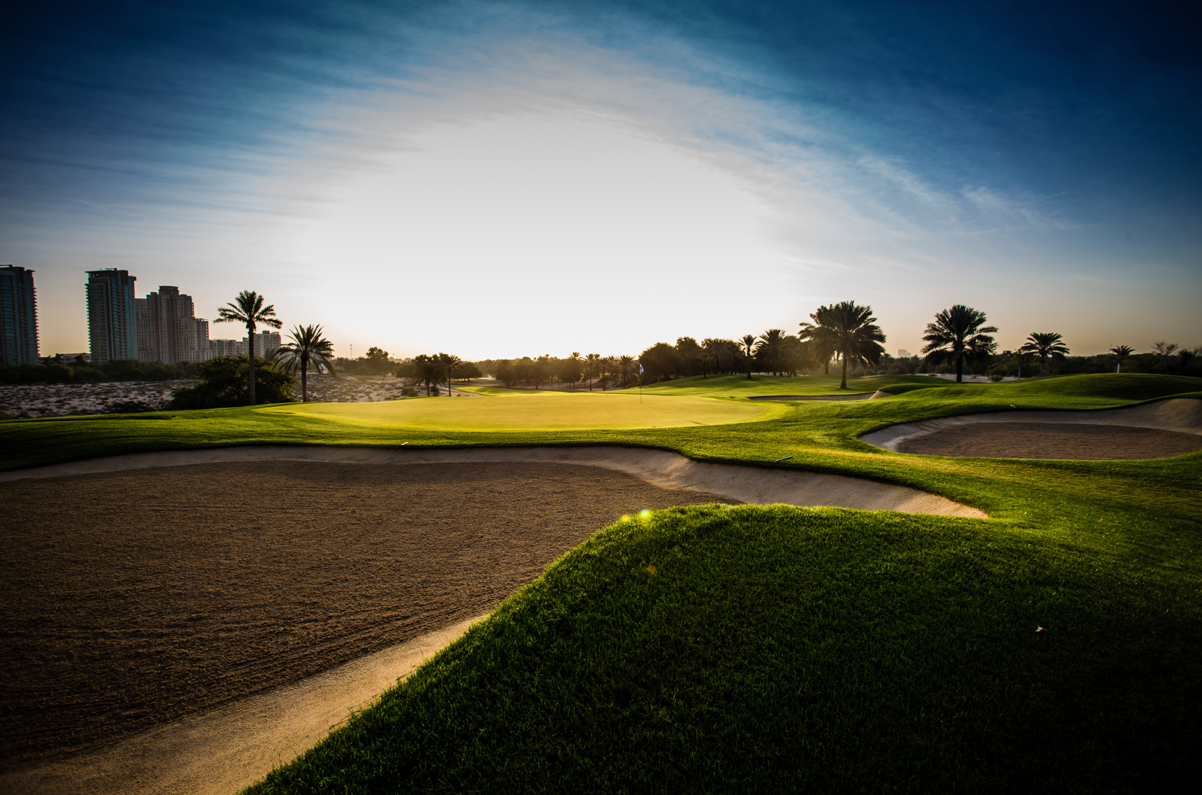 The difficulty ranking of the holes themselves is equally hard to predict. Last year the fearsome eighth was comparitively friendly in seventh place, while the seemingly innocuous 16th hole showed an average of 4.38, tying the long par 4 sixth as the hardest hole. What is no secret, however, is the importance of plundering the par 5s, and no player can harbour hopes of winning the Desert Classic without taking full advantage of four holes that are all reachable in two given the right wind. The dogleg left 13th was the easiest of the bunch in 2015, yielding a stroke average of almost 0.5 under par, with the 10th just behind on 4.62. But before they can attack this vulnerable hole, players will have to navigate the capricious ninth, with its swirling breeze and green that slopes back to the water’s edge. Finding birdies on the Majlis is never usually the problem. It’s the ability to avoid trouble that will equally determine who comes out on top.