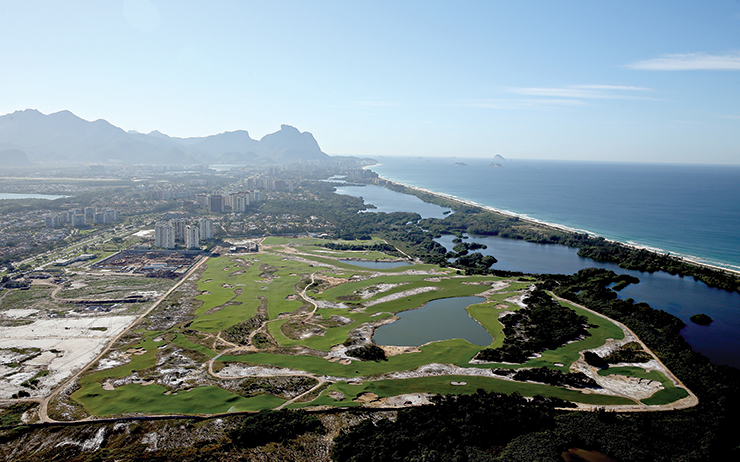 s a general rule of thumb, golfers love a stock answer, and there are several reasons for this. First and foremost, they get asked the same questions by people like me over and over again, and I can only imagine how tedious that is.

Better to have something pre-prepared, like the verbal equivalent of an ‘out-of-office’ email notification. “I enjoy playing in the Middle East because the weather and the courses are brilliant. I will be engaging my brain again in 10 minutes when this is over. If your enquiry is urgent, please consult my manager.”

Secondly, stock answers are a sure-fire way of avoiding controversy, which no player wants. In this modern age of 24-7 digitally hyperactive global scrutiny, generally when a player says something candid and honest, he ends up regretting it. Tiger Woods turned the canned response into an artform, and many have followed his example (the irony being that now Tiger is indefinitely retired, he has abandoned his library of jargon completely and is saying all sorts of interesting and insightful things).

Finally, the player may just really mean it. Yes, they love playing in the Middle East; who wouldn’t? Yes, they want to win a Masters, or an Open and play in the Ryder Cup. Sometimes, stock answers don’t need to be suspicious. They’re just facts.

But covering last month’s Abu Dhabi HSBC Golf Championship, it was clearly evident to me that the golfing fraternity has not gotten together and figured out a party line on the Olympic Games yet. They’re not even close.

“I think this year we’re going to approach it as a fifth major and we’re going to prepare like it is. I’m going to go down there and try and take care of business.” – Jordan Spieth

“If I can win or if I can compete and at least have a chance, and go to other sports, watch them and see how much heart they put into it, I think that is what the Olympic Games are all about, and that’s why I think it would be amazing to be successful there.” – Martin Kaymer

“I guess if I had to choose, I might take a major championship by a couple of per cent. But if I win the gold medal, I might tell you differently.” – Henrik Stenson

“A major is a major and it’s always going to be a major. Up until this year, the Olympics was never really even a thought for us. So they are just completely different ends of the spectrum.” – Rickie Fowler

Rory McIlroy had answered “major” before the journalist in question had even finished asking him if he’d take an Olympic gold medal or one of golf’s big four prizes. Martin Kaymer, meanwhile, had a totally different take. “I will only get to play in three Olympics over the course of my career, whereas I will have many more chances to win a major,” he reasoned.

When put to Spieth, he ended up explaining how winning the Ryder Cup was top of the to-do list. It seems just the mere mention of the Olympics is enough to cause confusion.

It’s the hot topic in golf, but the players themselves all have a different view on where The Olympics will fit in.

Most of the top players point out that for now, it’s all just speculation. There is a contingent of older pros who believe it should have been awarded to amateur golf, but the reality is that if its inclusion in the Olympics is really going to act as a driver for new golfers, we need the top stars in attendance, and we need them to be taking it as seriously as possible. Ultimately, we don’t know how golf will embrace the Games, or what impact the Games will have on golf. In the meantime, I’m going to enjoy asking.